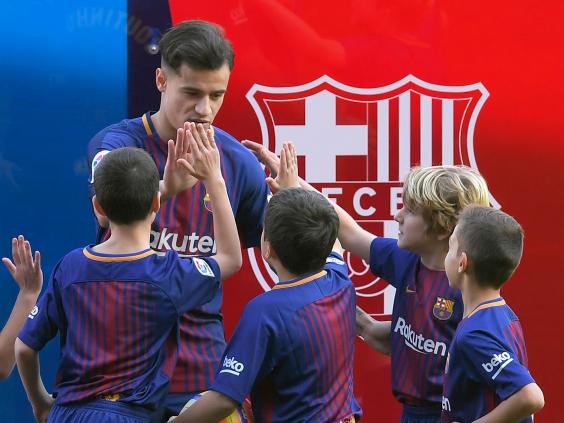 Philippe Coutinho has said that the chance to “win big titles” and learn from the likes of Lionel Messi were two of the many reasons he signed for Barcelona last month.

The Brazilian completed a £142m transfer from Liverpool to the Nou Camp at the start of January after failing last summer to force through a move.

With Barcelona top of La Liga and into the last four of the Copa del Rey, Coutinho could end the season with two titles to his name after years of disappointment at Liverpool.

"Everyone knows that I wanted to come to Barcelona," he told Spanish media.

"It wasn't possible in the summer, but we worked so that it could be done in winter.

“I really want to win big titles, it was one of the reasons that made me sign for the club.

"I want to win as many as I can, I don't have preferences."

Coutinho was also full of praise for his new teammates and admitted that he is looking to “take advantage” of his playing time alongside the likes of Lionel Messi and Andres Iniesta.

"Andres [Iniesta] is a genius, and anyone who plays with him will make them better.

"I am enjoying my time together with him and also with Leo, for me they are idols.

"It seems incredible, but every day Messi gets better, and as a teammate I can only take advantage of my moments with him.

"I've learned a lot from everyone and I've tried to take advantage of everything they taught me.”

Coutinho has so far made four appearances for Barcelona this season.

Brazil international midfielder Philippe Coutinho has extended his contract with Liverpool, the Premier League side said on its website (www.liverpoolfc.com)... Read More...