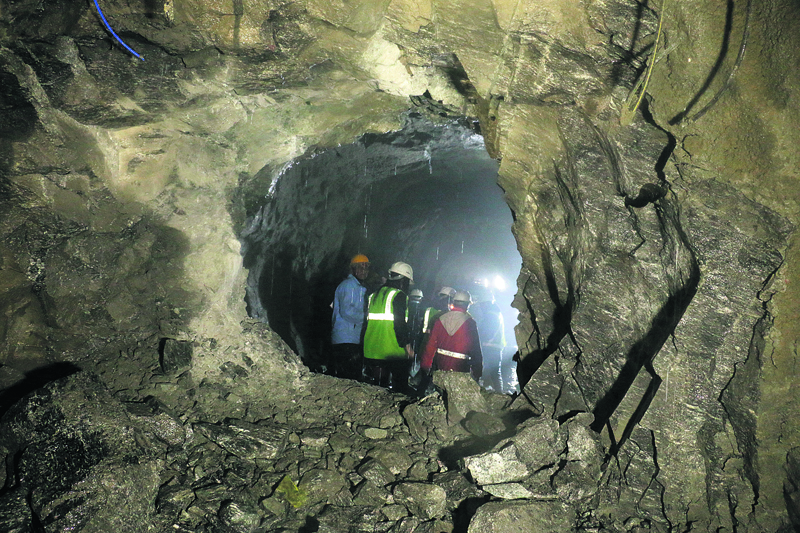 KATHMANDU, Dec 31: Some 23 years ago, Late Nepali Congress leader Krishna Prasad Bhattarai promised a by-election rally in Kathmandu that water from the Melamchi River would flow in the capital.

Singha Durbar has seen its 18th change of guard since then but the Melamchi  dream remained unfulfilled. That, however, is likely to change in October 2017. Out of a total tunnel length of 27 km, 22 km has now been dug and if everything goes henceforth as planned, Kathmandu will get its Melamchi water. Work on a treatment plant at Sundarijal is underway while laying of the distribution network is also being expedited.

The project construction  financed by the Asian Development Bank (ADB) is one of the longest-running in ADB records. And the reasons behind the slow progress are many.

An independent inquiry into the project delay must be carried out, said Naresh Koirala, a senior geotechnical engineer. “Recommendations from the inquiry should be duly implemented to speed up the project,” said Koirala, adding that almost all infrastructure projects have seen delays and inaction of years.

Local hurdles in land acquisition, the vested interests of donor agencies, poor contract documents, political interests, corruption and contract termination with the Chinese are some of the visible factors behind the monumental delay.

Norway and the World Bank withdrew from the project in 2000. The detailed project report (DPR) was prepared with the assistance of the Norwegian government. The DPR had included a 25 MW hydropower component along with water supply, but Norway later withdrew from the project and the World Bank followed suit. “There were complications in talks with the donors when the DPR was modified to omit the hydropower plant,” said Krishna Prasad Acharya, former executive director of Melamchi Water Supply Project.

The loan agreement with the ADB was signed in December 2000 and the expected project completion year was 2007. But it took a whole year just to prepare the project.

“A loan agreement without project preparations including access roads and land acquisition was largely to blame,” added Acharya. The project was awarded to  Chinese contractor  China Railway in 2009 and  the work  started. But the project again saw a  delay of three years.

The Chinese contractor remained idle for a year and it took another 12 months  for a retender and selection of a new contractor. The latest setback of about another year was the 2015 earthquake and the Indian blockade. Cooperativa Muratori e Cementisti di Ravenna (CMC), the Italian contractor, has been working on the project since 2013 and it has so far dug 80 percent of the tunnel.

Narayan Khadka, former minister for urban development, said there are multiple factors behind the delay in this national pride project. Political instability was the main culprit. The governments which changed frequently did not focus on Melamchi, Khadka said.

The Melamchi Tunnel will carry 170 million liters of water per day to Kathmandu. There is also a plan to bring in another 340 million liters from the Yangri and Larke rivers by 2021.

BANEPA, July 17: After years of initiatives to start it, the country’s first and only IT Park in Banepa is finally... Read More...