Why can’t we keep our New Year resolutions? 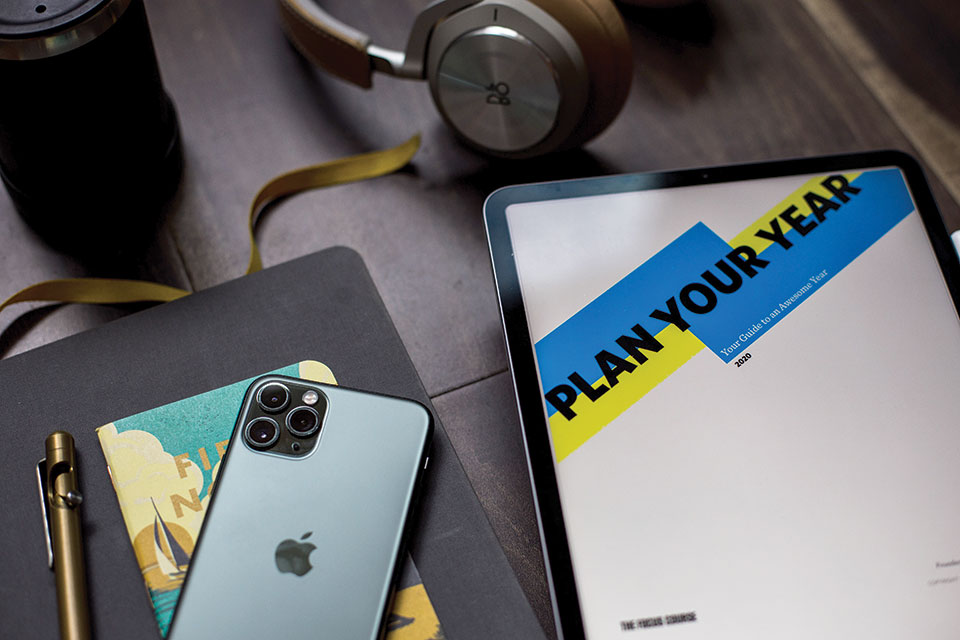 As 2020 approached, all of us, as always, drew up some ambitious resolutions. This was going to be our year. But two weeks later, most of us have given up—on going to the gym, eating healthy, and being productive, which are some of the things that make it to just about everybody’s resolution list every new year.

Sujan Shrestha, president of Psychbigyan, a mental-health awareness NGO, says, “This is simply because we are humans. Habit formation takes a lot of time and commitment. There are different methods to go about it. Some of those habits are formed subconsciously and we tend to overlook how hard they are to construct or let go of.”

He adds, “If you look at human beings from an evolutionary perspective, we are inherently lazy. Every invention we’ve made, we’ve made so that our lives can be easier. Our mind seeks activities that make us less tired and give more enjoyment. When we’re making our resolutions, we hardly pay attention to what our goals ask from us. Most of them require tenuous hard work and investment. So eventually, we get bored of our own ambitions.”

Karuna Kunuwar, psychologist at Centre for Mental Health and Counseling Nepal, reiterates the same thing. “Simply thinking you’re going to do something doesn’t mean you will do it in the future. We tend to come up with unrealistic ambitions in the spur of the moment. That doesn’t mean you’ll always have motivation to pursue them. It needs work. And more than that, it needs work from the future you.”

Habit formation is a topic that is often discussed in modern psychology. Some say that incorporating a new activity permanently into our regular regime needs all but 21 days. Some studies, however, contradict that and say it’s exactly 66 days. A study conducted by Lally concluded that forming a habit differs according to people. For some, it’s 14 days. And for some it can actually go up to 254 days. It all depends on the individual, their investment, and environment.

Psychiatrically, when we’re learning a new skill, scans show that a new neural pathway is formed. When we start practicing that skill set in our routine, the pathway becomes more and more permanent. However, when we stop, the neural path slowly erases itself. Thus, consistency matters more than anything else when forming a new habit.

Upama Poudel, psychotherapist at Nava Jeevan Counseling Centre and Research Institute, says, “We always have pending work or unfinished business. But a New Year feels like a fresh start—which is why we feel encouraged to take on new projects. We rarely focus on our thinking and behavior pattern. You can’t change those with a snap of your fingers. Instead of analyzing what stops us from completing our goals, we overlook our failures with the hope of something new. And that something new will eventually fall back to the same pattern as those other unfinished projects.”

Shrestha also highlighted this when talking to The Week. “We are talking about changing life through activities. It’s not impossible. But it’s not easy either. It needs commitment, both mentally and physically. Putting energy into something new every day, every week, isn’t as easy as it sounds.”

The process of completing something also relates to reward and punishment.

Most resolutions are overly ambitious. But you can’t expect a complete 180 degree turn when you’ve barely put in any time and effort. When we don’t see quick results, we think it’s not working. Take going to the gym, for example. Just because you put in two hours into working out for two weeks doesn’t mean you’re healthy now. Your body isn’t going to transform itself in two weeks. It’s not just about the amount of effort you put in—it’s also about the time period. But with our impatient, fast-moving nature, we need hard evidences to support our theories.

Shrestha gives another perspective for this, “Just because a smoker stopped smoking for two days doesn’t mean he’s off the habit. It’s only a start.” You need have smart, short-term and realistic goals.

Another thing he touches on is why we are so inclined towards forming resolutions around New Year. The statement “New Year, New Me” isn’t just a catchphrase. Some individuals take it quite literally. If one is looking to change their behaviors, then New Year feels like the perfect time. Everything feels hopeful and cheery around this time. It’s bound to leave a trail of side effects.

Pandey explains, “That’s where we fall back. We know our shortcomings but most people don’t look inside themselves because truly knowing yourself is a risk. It’s similar to walking a path and finding a block on the road. But instead of removing those blocks, we look for new paths. The only thing that’s coming between you and your goals is you yourself. And that’s what we should be working on.”

“The way I see it,” Shrestha says, “If someone really wants to change, s/he wouldn’t wait for New Year. You can start transforming today itself. Promising yourself to become a different person after a specific occasion is just an excuse to not start right now.”

However, it’s not rare to feel that inexplicable sense of inspiration out of nowhere. Sometimes, an idea strikes you when you’re doing menial tasks. And you can’t shake it off. Sometimes, it’s a Ted Talk and sometimes it’s an inspirational movie. What’s challenging is to convert that small spark into a worthwhile result.

“Passion is a flicker. It vanishes like a candle that extinguishes with melted wax. Eventually, you’ll get tired or distracted,” says Shrestha.

Kunuwar gives an intriguing solution to this. “Instead of setting long-term goals, try to set resolutions for each day. Then, you’re more likely to complete them. And in the long run, those small completions are what will matter the most.”

Habit isn’t something you need to keep thinking about, which is why it’s a habit. To keep that neural pathway active, you need to have consistency and commitment. And this is exactly what Shrestha’s advice to resolution-holders is: “Keep practicing until whatever you want becomes a reflex.”

1 killed, 9 injured in road accident near Dhungeadda
7 hours ago