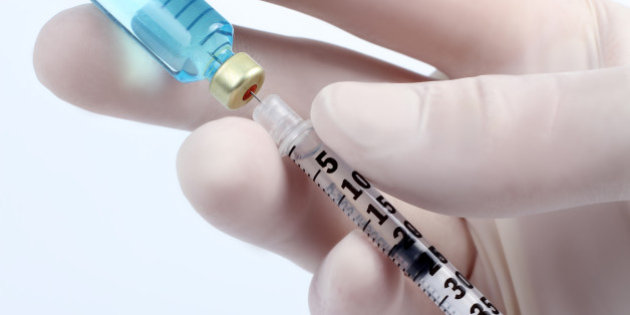 The World Health Organisation has been authorised to use an experimental vaccine to combat an outbreak of Ebola in the Democratic Republic of the Congo, where at least 19 people have been killed by the virus.

The outbreak was announced last week in Bikoro, in the central African country's northwest. It is the ninth outbreak in the country since 1976, when the disease was first identified.

The aim is for health officials to start using the vaccine, once it’s shipped, by the end of the week, the WHO director-general, Tedros Adhanom Ghebreyesus, said.

“We have agreement, registration, plus import permit — everything formally agreed already. And as you know that vaccine is safe and efficacious and has been already tested. So I think we can all be prepared,” he said. “All is ready now, to use it.”

So far, the DRC has 39 suspected, probably or confirmed cases of Ebola as of 13 May, the WHO said, including 19 deaths.

It said 393 people identified as contacts of Ebola patients were being followed up.

The DRC’s Ministry of Health requested the WHO send 4,000 doses of the vaccine, said ministry spokesman Jessyca Ilunga, who said they should arrive by the end of the week.

“The vaccination campaign starts next week, everything depends on the logistics because the vaccine must be kept at minus 60 degrees Celsius, and we need to assure that the cold chain is assured from Geneva to Bikoro,” she said.

The Ebola vaccination campaign will first target health workers, Ms Ilunga said. Three nurses are among those with suspected cases, and another is among the dead.

The DRC has a long track record with Ebola, the WHO said. The last outbreak that was announced a year ago, was contained and declared over by July 2017.

None of these outbreaks were connected to the massive outbreak in Guinea, Liberia and Sierra Leone which began in 2014 and left more than 11,300 dead.

There is no specific treatment for Ebola, which is spread through the bodily fluids of people exhibiting symptoms.

The new experimental vaccine, developed by the Canadian government and now licensed to the US-based Merck, has been shown to be highly effective against the virus.

However, it is still experimental as it does not yet have a licence.

The vaccine must be kept at -60 to -80 degrees Celsius, creating huge logistical challenges.

The shot, which was tested in Guinea in 2015, is designed for use in a so-called “ring vaccination” approach, meaning when a new Ebola case is diagnosed, all people who might have been in recent contact with them are traced and vaccinated to try and prevent the disease’s spread.

Mr Tedros travelled to the DRC over the weekend and flew to the remote area affected by the breakout, which is still only accessible by motorbike or helicopter.

“Being there is very, very important. If a general cannot be with his troops in the front line he's not a general,” he said.

“And the second thing is, associated with Ebola there is stigma. We have to go and show that that should really stop. And if there is risk, my life is not [more important] than anyone [else's].

The WHO is working with the DRC’s government and other international organisations, including Medecins Sans Frontieres, to strengthen coordination to fight and contain the Ebola outbreak.

KATHMANDU, May 29: Prime Minister Pushpa Kamal Dahal 'Prachanda' has said that the first-phase election of the local level, which... Read More...

KATHMANDU, May 29: Prime Minister Pushpa Kamal Dahal 'Prachanda' has said that the first-phase election of the local level, which... Read More...