Who profits from the assault on American democracy? 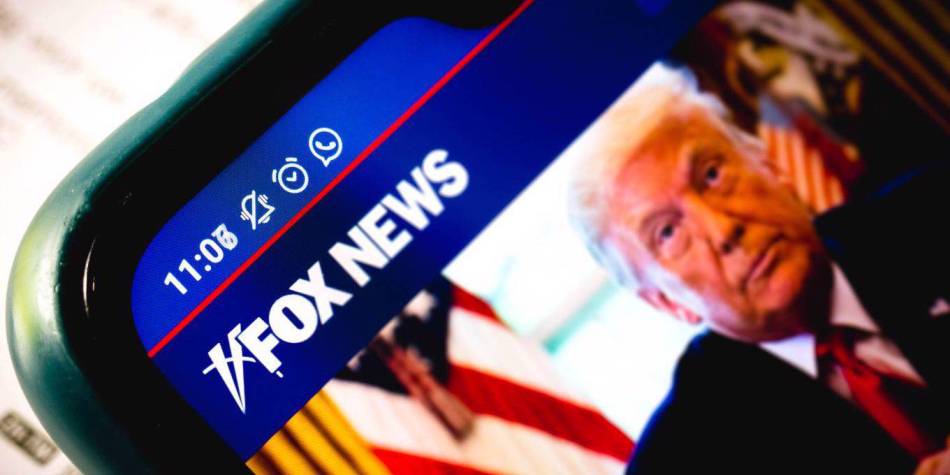 WASHINGTON, DC – Since January 6, when a mob of Donald Trump’s supporters stormed the US Capitol, dozens of rioters have been charged with crimes. Trump, who incited the insurrection, has now been booted from all major social-media platforms, and faces the prospect of another impeachment trial, while many Republican senators and representatives have faced harsh criticism for backing Trump’s false claims of widespread voter fraud.

Many of the guiltiest parties, however, are getting off scot-free. It is no secret, for example, that Fox News—the most lucrative lever in Rupert Murdoch’s American media machine – helped set the stage for the Capitol insurrection. Since its founding in the 1990s, its divisive rhetoric and for-profit manipulation of facts (or alternative facts, in former Trump adviser Kellyanne Conway’s infamous phrase) have been distorting American political discourse and deepening polarization. And, since Trump emerged on the political scene, it has gleefully amplified (and inspired) his lies.

While Fox News did defy Trump by acknowledging Joe Biden’s victory in last November’s election, it remains committed to sustaining and expanding the fantasy world in which the Capitol rioters live. Indeed, the network’s hosts, contributors, and guests have spent the last week defending the violence and promoting baseless conspiracy theories.

But while Murdoch, his son Lachlan, and Fox News stars like Sean Hannity and Tucker Carlson are at least recognized for their perfidy, many of their most important backers have largely evaded notice. This includes, for starters, the influential leaders of the major American financial institutions—including BlackRock, Morgan Stanley, T. Rowe Price, the Vanguard Group, John Hancock, and Invesco—that are the major shareholders in Fox News and its parent company, Fox Corp.

Consider Bill Stromberg, the CEO of T. Rowe Price, which owns over 16 percent of News Corp and almost seven percent of Fox Corp. As his firm and he profit handsomely from the lies these organizations peddle, Stromberg presents himself as a blameless member of the same American elite Fox News viewers revile. Beyond his positions on the boards of Johns Hopkins University and of Catholic charities, Stromberg ostensibly threw his support behind the Black Lives Matter movement, by releasing a statement committing to help fight racial injustice.

But while Stromberg presents himself as a good citizen and a good Catholic, he clearly has little regard for the Bible’s teachings. As Matthew 18:6 puts it: “But whoever causes one of these little ones who believe in me to sin, it would be better for him to have a great millstone fastened around his neck and to be drowned in the depth of the sea.”

Then there is Mortimer J. “Tim” Buckley, president and CEO of Vanguard, which owns some 13 percent of News Corp and over seven percent of Fox Corp. Like Stromberg, Buckley has held his share of reputation-boosting board positions, such as at the Children’s Hospital of Philadelphia. And Vanguard itself is beloved by many American retirees, who have benefited from the investment strategies pioneered by its founder, John C. Bogle. But one wonders how many pensioners have died prematurely because Fox News lied to them about the COVID-19 pandemic.

News Corp’s board contains still more hypocritical conspiracy profiteers. As Spain’s prime minister from 1996 to 2004, José María Aznar confronted horrific terrorist attacks, including the Madrid train bombing, which killed nearly 200 people. Yet Aznar is apparently unfazed by his 15 years on the board of a company that has gleefully destabilized American democracy, including by inciting mob violence.

News Corp’s board also includes Kelly Ayotte, a former Republican senator. Given her previous role as attorney general of New Hampshire, one might expect Ayotte to have at least some respect for the rule of law. Alas, by doing nothing to rein in the political arsonists who make Fox News run, she has proved as morally bankrupt as the rest of News Corp’s enablers.

The same goes for members of Fox Corp’s board. One wonders how Paul Ryan, the former speaker of the US House of Representatives, justifies his complicity in the company’s treatment of Senator Mitt Romney, who selected Ryan as his running mate in the 2012 presidential election. Romney is one of the very few senior Republicans who has openly and repeatedly condemned Trump’s assaults on democracy over the last four years.

True, Ryan recently blasted congressional Republicans’ efforts to challenge the Electoral College vote and sow doubt about President-elect Joe Biden’s electoral victory – actions he says “strike at the foundation of our Republic.” But few have done more to erode those foundations than Fox News, and Ryan is apparently happy to profit from its success.

And make no mistake: it is all about profit. Neither banks nor board members have some compelling undisclosed motivation that justifies their support for News Corp and Fox News. They are simply greedy.

Nor does their passive role absolve them of responsibility for the assaults on US democracy undertaken by companies they serve. As Roman law recognized, Qui tacet consentire videtur (silence means consent).

Trump intentionally and directly incited the insurrection of January 6. But he does not bear sole responsibility. Every one of his enablers, and the enablers of his enablers, is guilty. Fox Corp’s hidden backers, especially those who are so fond of touting their piety, must now ask themselves, as the Gospel of Mark instructs: What does it profit a man to gain the whole world, and forfeit his soul?

Nepal's economy is not likely to be Sri Lankan, but it is possible: Former Governor Chhetri
25 minutes ago