Where people are the happiest

Have you ever wondered which is the happiest place on earth? Bhutan was the first country to start Gross National Happiness (GNH) which they rank greater than GDP and it has been continuing the practice for more than a decade. In 2012, the UN adopted the GNH with the help of Bhutan and has been releasing an annual report named “World’s Happiness Report” ever since. In 2018, Nepal ranked as the 101st happiest country in a list of 156 countries.

GNH is basically a survey that seeks to find out how satisfied you are with the relationship you have with your immediate family members, how many people close to you can you count on if sick, or if having financial problems, and how free do you feel to express your ideas and opinions among many others.  Considering how an emotion as complex as happiness is difficult to put into numbers, the GNH may or may not indicate the measure of happiness of people in the world but it can be a guideline to see which countries have a safe, friendly environment and is worth a visit.

Norway
Norway ranks as the third happiest country in the world. Despite having to close thick curtains around midnight thanks to the sun rising out of nowhere (in summer), Norwegians seem to be living a quiet but a satisfied life. Plus, if you like 24 hours of daylight, this is the country for you. Norway has a lot of glaciers, lakes, rivers and creeks making it the perfect destination for someone seeking adventures. There is no shortage of kayaking, hiking, fishing and skiing opportunities. Moreover, it’s the country with the highest per capita income so it’s safe to say that majority of the people there enjoy comfortable lives. The corruption rates are super low, the people are relatively chill and they tend to keep to themselves when it comes to interfering in global issues. It is also an architectural heaven for anyone with an eye for buildings and designs and most of its Instagram visuals (both natural and manmade) are stunning to say the least. Often times, be it in our history books or religion, nature has always been linked to human happiness. And Iceland is all about nature. In Iceland, you’re never far from a beautiful place to walk surrounded by nature. Even in major city areas, there are outdoor spaces where you can take a stroll and forget all about the hustle and bustle of city life. Despite living in an island with difficult weather and irregular sunlight, Icelanders seem to have made peace with it and have an enthusiastic attitude about what life throws at them, possibly because they have had to overcome harsh weather and isolation in the past. Similarly, Iceland ranks high in equality, education, income, safety and pretty much everything that leads to a better life. The country is so decent that, according to a BBC article, one in ten people in Iceland will publish a book in their lifetime. Now that’s a place worth living in.

Denmark has ranked in the first three positions since the last six years. Danes believe in the power of “hygge” (pronounced hoo-gah) which roughly translates to “coziness” and they are all in when it comes to comfort and warmth. Like other countries on this list, Denmark has a high per capita income, lowest homelessness rates and a high-quality education system that is absolutely free. Even though the weather there tends to get extreme, Danes have found a way to enjoy themselves in cafes slurping coffee and munching on bread. And a really fun thing is that Denmark has free gift-wrapping service (no wonder people there are the happiest) and it’s actually considered okay to exchange gifts if one doesn’t like it. 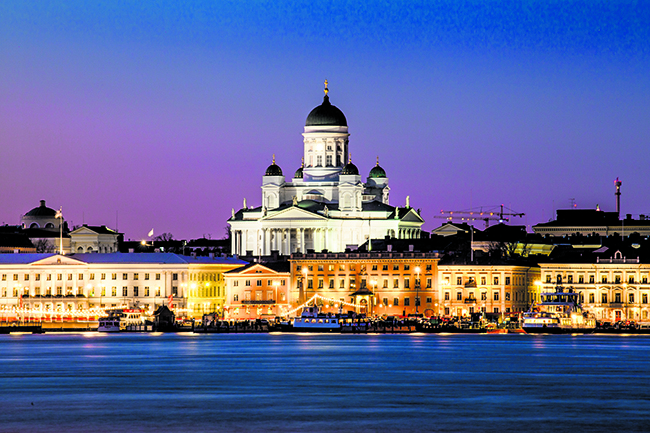 Four out of five countries on this list are Scandinavian countries so one could say that they are doing an extremely good job when it comes to being happy. Finland has ranked number one in the GNH index twice in a row making it the happiest country in the world. And why shouldn’t it be? It’s one of the safest countries in the world, has a high-quality education system and the one of the lowest gender wage gaps and lowest homelessness to name a few. Also, probably one of the cutest thing, it’s the only country where fathers spend more time with school-aged children than their mothers. Its main attraction is the majestic Northern lights which are a must see for any travel enthusiast in the world. The Netherlands ranks fifth on the list of happiest places on earth. The education system in the Netherlands is considered to be ideal in the world, considering how along with being free, the students are less likely to experience bullying and are most open to adults around them. They also experience less pressure from both school and home to prove themselves and are, thus, one of the happiest sets of teenagers in a world where the youths are facing several challenges related to depression and anxiety. Other reasons to live as well as visit the Netherlands are to see the greatest collection of Van Gogh’s artwork in Van Gogh museum, float on the Jordaan Amsterdam’s canals and enjoy a Stroopwafel (two thin waffles stuck together with a layer of sweet syrup, served in a cup) in a beautiful cafe somewhere in Amsterdam.

RIYADH, July, 5: In the lead-up to the release of a UN report focusing on mass child casualties in the Yemen... Read More...