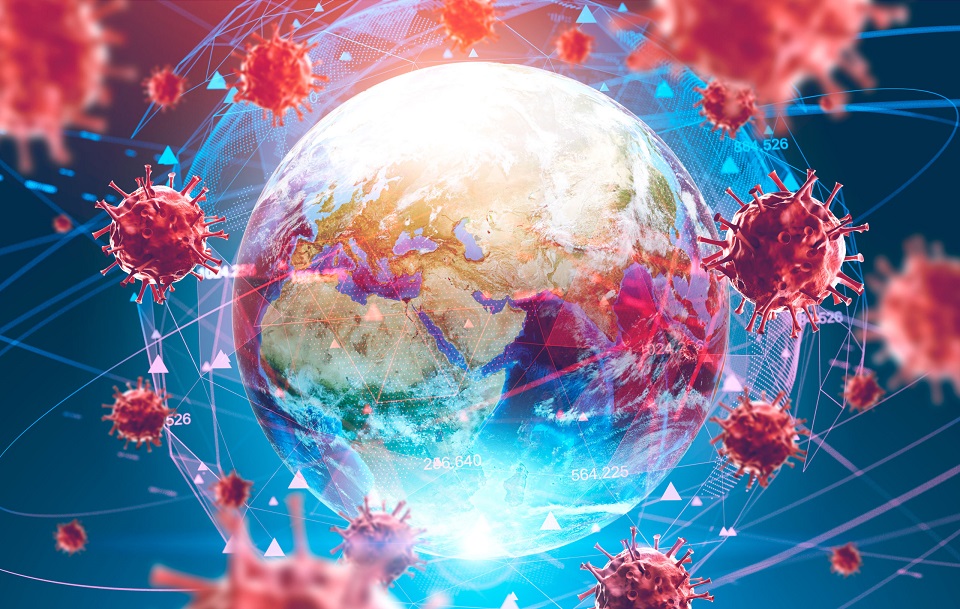 Who will rule the world post-COVID-19? Will this mark the end of the American era and beginning of China’s leadership? These are big questions but they sound so insignificant now.

Every great disaster wrecks humanity to its core but it also makes us aware of our mortality, lays bare our arrogance, prejudice, pride, fear of death and the desire to stand supreme despite the predictable vulnerabilities. This is what has happened since the illness that broke out in early January that has now become the global pandemic.

Words do not suffice to describe the horror the coronavirus has created across the world. There are dread and uncertainty in everyone: Will I live to see another year? Will my wife, my husband, friends, and relatives be all right? Will the world be normal again? Will life be? Life feels like an absurdity incarnate. Everyone knows everyone else is shaken to the core with the fear of doom. We laugh and smile with each other to hide that dread, to forget our own mortality.

In three months, dread, suffering, bias, and realization of mortality have come into play. Prejudices are changing for the realization of suffering. Indifference is changing into a common sense of mortality. We have also seen how the narrative of ‘other’ is created during the times of global pandemic and how that narrative also keeps changing.

For days after the coronavirus outbreak was reported in China in January, the world lived with blasé thoughts: Chinese are suffering. My country is safe.

When the death toll started to rise, the West made it appear like China has got its comeuppance. When the infection and death reached an alarming level, the West started to say to China: You did not take preventive measures early enough and now you are spreading it everywhere.

China was projected as the cause of the evil (while its own people were dying in hundreds each day), and the evils that were yet to come. When China locked the country to contain the epidemic, it was blamed for exercising authoritarianism and violating human rights. President Trump and his colleagues were still calling coronavirus “Chinese virus” or “made in China” disease. China responded to these allegations with an unfounded claim that the US military brought the virus to China. Only when COVID-19 started to ravage the world outside of China as well, the blame game became less intense.

Now the narrative has changed: China's handling of the epidemic in the early days was flawed otherwise measures it took to contain the epidemic were right and just. Without taking draconian measures, China would not have been able to contain the contagion. The rest of the world needs to emulate good practices from China.

The new narrative is not the result of compassion for China. This is because the West and other countries are suffering from the pandemic more than China, because China, having been nearly successful to contain the epidemic, is providing medical logistics and economic aid to other countries, Western countries included, in suffering. So there is solidarity building up that the US should cooperate with China to defeat the pandemic. Geopolitics manifests during the global crisis too.

It feels like these are the worst times in history. But if you put this pandemic into the context of a few hundred years, you will see how humanity lived through more threatening times. The Bubonic Plague, known as the Black Death, is said to have killed nearly 100 million people in the mid of the 14th century. Then came smallpox ravaging Europe, killing more than eight million people. The 1918 Spanish flu wiped out 50 million people. HIV Aids, which started in 1980, has taken 25 to 30 million lives and we still have not found its cure.

When you are under the grip of the pandemic, the past may be of no consolation. The past— especially those pandemics when modern medicine was unheard of, when people relied on fate and when the world was unconnected—offers little help. But suffering and dread are the same. I am reading some accounts about the Black Death, the first major pandemic that threatened to wipe humanity out of the face of the earth. The loss and suffering of today feel so familiar.

In The Black Death in the Fourteenth Century, German professor IFC Hecker writes how the people suffered the attack of plague: “Many patients became stupefied and fell into a deep sleep, losing also their speech from palsy of the tongue; others remained sleepless and without rest.” “The fauces [faces] and tongue” of the sick “were black, and as if suffused with blood; no beverage would assuage their burning thirst so that their sufferings continued without alleviation until terminated by death.”

About the rapidity of transmission, he writes that attendants would catch the disease from their relations and friends and “the pestilential breath of the sick” caused a terrible contagion far and near. He mentions that to avoid the infection “parents abandoned their infected children, and all the ties of kindred were dissolved.”

Citing Giovanni Boccacio’s account of Florence, Hecker mentions: “No power of medicine brought relief—almost all died within the first three days …and even contact with the clothes and other articles which had been used by the infected, seemed to induce the disease.” “As it advanced, not only men, but animals fell sick and shortly expired if they had touched things belonging to the diseased or dead.” Many dogs, cats, fowls, and other animals fell victim.

In The Great Pestilence (1348-49), Francis Aidan Gasquet, an English historical scholar, citing the accounts of Gabriel de Mussi, a thirteenth-century Italian notary, describes the scenes in the plague-stricken cities of northern Italy: “The sick man lay languishing alone in his house and no one came near him. Those dearest to him, regardless of the ties of kindred or affection, withdrew themselves to a distance; the doctor did not come to him.” “Men and women, racked with the consuming fever, pleaded—but in vain—for a draught of water, and uselessly raved for someone to watch at their bedside. The father or the wife would not touch the corpse of a child or husband to prepare it for the grave, or follow it thither.”

We have read about how the victims of the COVID-19 pandemic have suffered some of these horrors in Spain and Italy, how they tend to be shunned as much as possible. A consolation of our times is we have not gone that far yet, these times of horrors shall pass and that once it is over normalcy will return.

With vanity shattered and powerlessness exposed, human beings wish for change during the disaster. So worldwide, there is a call for enhancing health systems. Global discourse is veering toward who will rule the world post-COVID-19: Will this mark the end of the American era and beginning of China's leadership in world politics? This is a big question but sounds so insignificant now in the face of huge crisis. First, the world, including the US and China, needs to rise safe and sound from this tragedy. But for now, the pandemic has shattered this belief that the affluent West is the role model for the rest of the world especially in matters of health care.

The more the pandemic lasts the more the world will suffer. Nepal will suffer even more. With jobs becoming scarce across the world, millions of Nepali migrants will seek to return home. But home will offer them no solace: There will be no jobs here too, there will be many problems here too. The much-needed revival of rural agriculture won't be possible with only migrant returnees in the hinterlands. It requires strong state support and the political will, which is what will be sorely lacking.

We cannot imagine the fallout of the pandemic for the country from this point (at least no COVID-19 deaths, at least not more than nine positive cases as I write this on Wednesday) of relative comfort. The more the world suffers, the more there will be the stories of doom and gloom. The best part of all the chronicles of these times, whether in Nepal or elsewhere, if they get preserved somehow, is that future generations will look back to these times and these chronicles if they have to suffer a similar tragedy.

Humanity did not surrender in the past. With the power of advanced medicine and technology, our hope for victory is real.

Empathy during the time of pandemic

If we show even a small gesture of kindness, it will have a decisive impact upon the person whom it... Read More...