When I said I would, I actually meant wouldn’t, says Trump 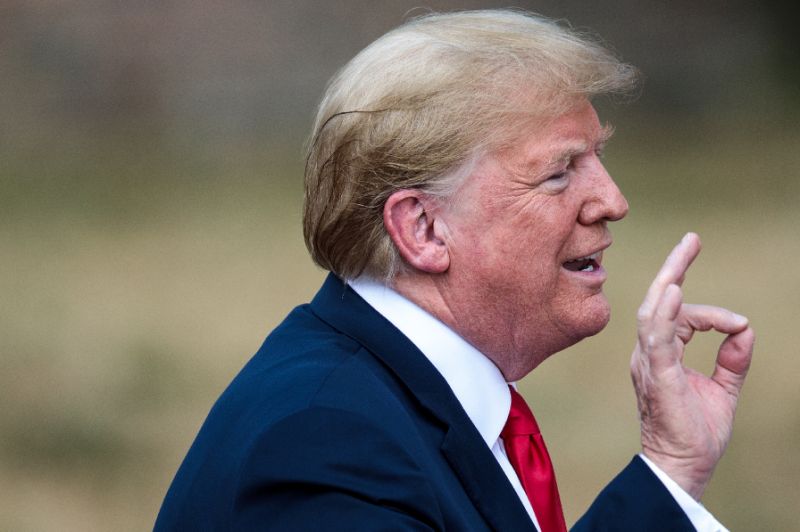 US President Donald Trump, seeking to stanch a national furore, said on Tuesday that he misspoke in Helsinki, Finland, and meant to say that he indeed does see Russia as the culprit that interfered in the 2016 presidential election, just as US intelligence agencies have found.

The president’s comments were unlikely to satisfy his critics in both parties. His new version of events was undercut by his fuller and widely watched remarks on Monday. Also, Trump no longer was speaking truth to power alongside Russia’s President Vladimir Putin, but addressing reporters from the White House alongside Republican lawmakers.

In his attempt to walk back his Helsinki remarks, Trump said he accepts the consensus of American intelligence agencies that Russia interfered in the election. Yet in a sign that he cannot fully accept those findings — seeing them as a challenge to his legitimacy — he added that it “could be other people also.” That assertion is not supported by known intelligence.

In Helsinki, as Putin looked on, Trump said the following to a question about whether he believed US intelligence agencies, or Putin’s denials of interference: “My people came to me … they said they think it’s Russia. I have President Putin, he just said it’s not Russia. I will say this: I don’t see any reason why it would be” Russia.

On Tuesday, he said this: “The sentence should have been ‘I don’t see any reason why it wouldn’t be’ Russia.”

“I have the strongest respect for our intelligence agencies, headed by my people,” Trump said at the previously unscheduled session with a small group of White House reporters as he prepared to meet with some House Republicans about additional tax cuts.

He also promised that “we’re doing everything in our power to prevent Russian interference in 2018” elections.

Trump ignored shouted questions, including whether he would criticise Putin, as beleaguered White House media aides pushed reporters out the door of the Cabinet room.

The president, in Helsinki, also criticised the FBI, Democrats, Hillary Clinton and the special counsel’s investigation of Russia’s election activities and possible Trump campaign complicity — all as an occasionally smiling Putin stood beside him in the Finland presidential palace.

The scene almost instantly drew condemnation as it played out on television screens. Trump, who repeatedly praised and deferred to Putin, was criticised by foreign policy and national security veterans as weak, an insult that is particularly galling to him.

In two interviews with Fox News and his tweets after the summit, Trump sounded defensive, and more surprised and frustrated by the reaction than contrite. He did not, however, make any attempt to correct his remarks until more than 24 hours later.

“I came back and I said: ‘What is going on? What’s the big deal?” Trump said Tuesday.

“President Trump tried to squirm away from what he said yesterday. It’s 24 hours late and in the wrong place,” he said. “If the president can’t say directly to President Putin that he is wrong and we are right and our intelligence agencies are right, it’s ineffective, and worse, another sign of weakness.”

For many Republicans, the issue goes beyond politics. Opposition to Russia’s aggressive behaviour and authoritarian rule has long been a core aspect of party ideology.

House Speaker Paul Ryan quickly condemned Trump’s comments, though he did not name Trump. And while he reiterated that he thought special counsel Robert Mueller III should be allowed to finish his probe, Ryan did not promise to let up on Republican attempts to undermine the investigation.

“The president must appreciate that Russia is not our ally,” Ryan said.

He and other House Republican leaders tried to change the subject to taxes and the economy during their weekly news conference. But Ryan was bombarded with questions about Trump’s Helsinki performance, whether it damaged American interests and whether Congress would do anything beyond expressing regret.

Ryan sounded frustrated when he was asked whether Trump should clarify his remarks.

“I have not spoken to him,” Ryan said. “I put out a statement yesterday, within minutes after that press conference. And I think that statement speaks for itself.”

Senate Majority Leader Mitch McConnell issued strong words of support for Nato allies that Trump had criticised during an alliance summit days before his meeting with Putin. McConnell, like many Republicans, stopped short of criticising Trump.

“The Russians need to know that there are a lot of us who fully understand what happened in 2016, and it really better not happen again in 2018,” McConnell said during a news conference.

“I’m not here to critique anyone else,” McConnell added.

Signalling Republicans’ own efforts at damage control in the wake of Trump’s Helsinki performance, McConnell said there might be a vote on a bill sponsored by Florida Senator Marco Rubio, a Republican, that would create punishments if Russia interferes in the 2018 midterm elections. He made no commitment to bringing the measure up, however.

Democrats were eager to keep the subject alive, calling for hearings, resolutions reaffirming American intelligence assessments and measures lending money to states to protect their voting systems from hacking.

“I’m at a loss for words to describe what happened yesterday in Helsinki, Finland,” said Senator Richard Durbin of Illinois, the second-ranking Democrat in the Senate. “I’m disappointed as well by the stunning silence of some of my colleagues on the other side of the aisle in response to it.”

“President Trump cowered in the presence of Putin, and the entire world watched and saw that,” she said. “Trump’s eagerness to sell out America proves the Russians must have something, personally, politically or financially, on President Trump.”

Trump taunts Kim: ‘I would NEVER call him short and fat’