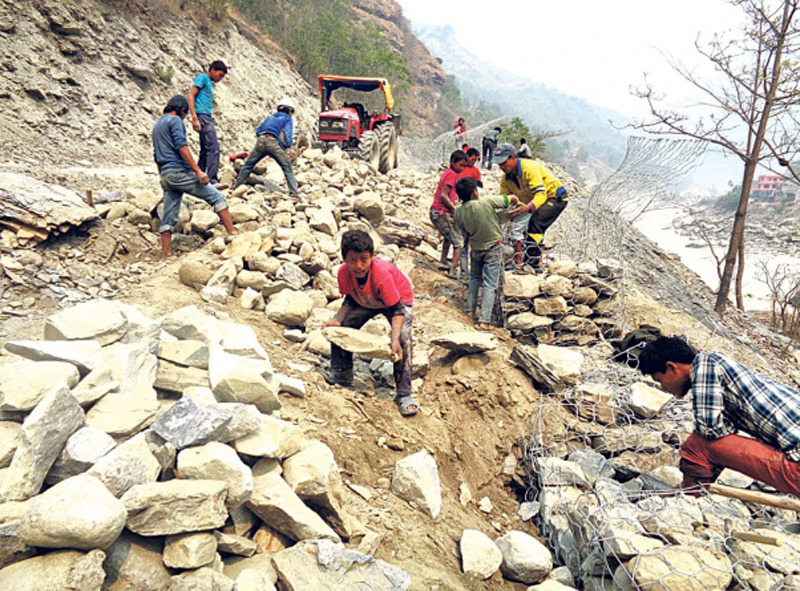 When parents have no means to feed their children they feel forced to send them to work
While I was having my breakfast at a road-side eatery last week, I heard the restaurant owner shout at a child, who was working there as a waiter, using fowl words. The boy’s mistake was apparently his inability to serve tea to a customer on time. This infuriated me so much that I decided not to eat at that restaurant again.

According to the report titled Status of Domestic Child Labor in Katmandu prepared by CWISH Nepal, an NGO, for every 20 households in Kathmandu there is a child working as domestic help. According to Multiple Indicator Cluster Surveys (MICS), 34 percent Nepali children aged 5-14 are involved in child labor, compared with 12 percent in South Asia as a whole. Nepal Labor Force Survey 2008 states that 3.14 million children aged 5-17 are working as child labors across the country.

A 2012 study carried out by World Education Nepal and Plan International showed there are 13,715 child laborers working in brick factories in Kathmandu valley alone.

International Labor Organization (ILO) defines child labor as “the work that deprives children of their childhood, education, their potential and their dignity, and work that is harmful to their physical and mental development”. Kailash Satyarthi, founder of Bachpan Bachao Andolan as well as Nobel Peace laureate, says “a childhood without education isn’t a childhood at all, and every youth who is out of school is one too many”. It is disheartening to see millions of children being robbed of their rights in Nepal.

UNESCO estimates that every additional year of schooling a young person receives increases their average future earnings by 10 percent and can boost average annual GDP growth of respective countries by 0.37 percent. This is why it is extremely important to get the children back to schools from the labor camps.

Although it has ratified many international conventions on child labor and also has apposite laws on child labor, Nepal has not been able to stop its children from working as bonded slaves. A person forcing a child of up to 16 into labor can be slapped with a year of imprisonment and up to Rs 50,000 in fines, according to the law. If this law had been actually implemented, Nepal would not be the home to millions of child laborers.

But the issue is not as straightforward as we assume it to be. For instance when parents have no means to feed their children they are forced to send the young ones to work.

Outlawing child labor could prove to be a great bane for such parents. If so, provisions should be made by the state to gainfully employ at least one of the parents.

Even more dangerous is the social acceptability of child labor. We tend to take child labor for granted. Even the educated folks and those who claim to work for the rights of children keep children as domestic help in their homes, often denying them the right to education. So long as this group does not understand the gravity of the situation, it won’t be easy to end child labor in Nepal.

BAITADI, Sept 29: Police in Baitadi this week have intercepted 21 children who were heading for India for employment without informing... Read More...

MOSCOW, June 20: Fourteen children died in a storm while boating on a lake in Russia's northwestern region of Karelia,... Read More...

Govt extends lockdown by a week, borders to remain sealed
23 hours ago

Veg prices escalate in Bhaktapur amid lockdown
18 hours ago

Monkeys in Pashuptinath scramble for food (with photos)
15 hours ago