What went wrong with India? 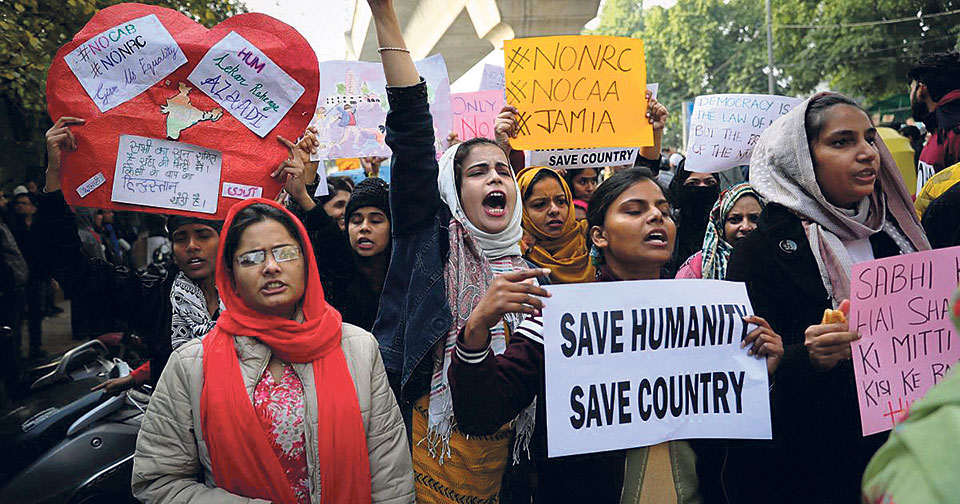 Propositions similar to CAA and NRC were made earlier by none other than the former Prime Minister Manmohan Singh. But they were never seen ‘anti-constitutional’ then

When Bharatiya Janata Party (BJP) came to power with sweeping majority in May 2014 and again in 2019 India was in upbeat. Many thought this is the first time that an Indian is ruling over India after Prithiviraj Chuhan who was ruling parts of India during the 12th century. Chauhan was considered as the last Hindu monarch of pre-Islamic India. He was defeated in a war with Mohammed Ghori and subsequently executed. Since then the fate of India’s reign fell into foreign hands and invasion became the norm of the time. Over the years, many rulers sat in the Delhi Durbar but none of them were truly appreciated though they, too, immensely contributed to building, what many of us call, modern India. In contrast, many people, particularly those who are often labeled as ‘Hindu nationalist’ and ‘Hindu supremacist’ these days, opine that one after another rulers have robbed off India repeatedly. It shows that they have their own grievances to share. For example, they argue that mass conversion happened under sword in India where many Rajput women committed mass suicide to protect their chastity. V S Naipul calls India a wounded civilization. Yet, there are two schools of thought regarding India’s past. One school views that India would not have gotten ‘Chicken Tikka’ had there been no Moguls. Likewise, they certainly would not have learned English if the Brits had not ruled over them. Others, for their part, have just held opposite view. For them loss of its civilization values such as its language—Sanskrit—and many more under continuous foreign subjugation are more important than Chicken Tikka and English. The debate continues and Indian historians are divided on their past which is unlikely to settle down. These scholars are developing their own sets of narratives whenever government closer to them comes into power.

India after 1947
In 1947, India became independent but it came into being with heavy cost. India partitioned and part of the remaining territory was also not at ease. Kashmir is the case here. The scars of partition and its aftermath are yet to be healed and perhaps would never heal to the extent that can bring peace and harmony in the region. During the partition, many people lost their lives though Mahatma Gandhi called Indian independence ‘non-violent’. There are people who carry differing views and not necessarily willing to buy what Gandhi said given the loss of lives during the independence movement. In addition, Jawahar Lal Nehru—who has been termed as maker of modern India—is discredited for not being honest to India particularly in protecting its cultural values among others. This feeling has not only been kept alive but has also been resuscitated through various means. With the passage of time, parties like BJP, who were looking for an apt time, hijacked the space. BJP barely had few seats in the parliament in 1980s but it rose to the helm of power by completely routing Indian National Congress, the party with nearly one and half hundred years of political history. BJP came up with many promises and it is hell-bent on fulfilling those promises one by one as an endeavor to restore what they call the lost glory of Bharat in the process of becoming India. They believe no other country in modern times has as torturous history as India.  Yet, it continues to keep its civilizational values alive.

India is the only country which provided shelters to the Jews when they were persecuted everywhere in the world. Same goes with other religious groups as well. India hosts some of the oldest Mosques and Churches in the world. Such has been the culture of tolerance that it has inherited under Hinduism for centuries. But when laws are brought in to protect people from certain religions/sects, it naturally becomes painful for others as well. They have a point when they say how a country, which truly believed in the culture of ‘tolerance’ in the past, becomes such intolerant. However, India too has its own stories to tell about. It is really feeling the threat to its ‘civilizational values’ and this became more serious after the fall of communism in 1989. Liberalism—which became the dominant ideology after 1989—failed to take ‘conservatives’ on board due to which even in utterly liberal countries like the US, ‘conservatism’ became a reality. Many political scientists call this phenomenon—the rise of ‘populism’—as well. These reflect not only in India but, to some extent, in Nepal as well. The geometric growth of political parties which believed more in protecting their own culture and values are the part and parcel of this phenomenon. Parties like BJP just took advantage of this situation. With the rise of BJP, it has been making every effort to protect its sanctity and is introducing various initiatives. The fiercely debated Citizenship Amendment Act (CAA), which was recently endorsed by Indian parliament, is one of them.

CAA and NRC
In addition, the government of India is also proposing to introduce National Register of Citizens (NRC). Both have been heavily questioned within and outside of India and termed as anti-democratic and anti-constitutional measures. It is not yet known what the real motives in bringing these acts are but they do not necessarily look anti-constitutional within the parameters of Indian constitution. They are also not ‘anti-democratic’ because democracy that we practice today is ‘territorial’ and operates within the framework of Westphalian notion of the nation-state. Democracy as an idea, no doubt, has become ‘cosmopolitan’ as it has become transcendental (not in a Kantian sense of the term) as its scope surpasses the border of a particular nation-state. Yet, it is still difficult to decide what is ‘democratic’ and what is ‘undemocratic.’ This is because we live in a territorial world, which have their own contexts and realities when they came into being. Nation-states as they are today are ‘sovereign’ meaning they, too, have rights to make rules and regulations for their own protections (in a broader sense of the term and without harming others) as well. However, the most important factor that needs to be taken into consideration is that in the course of making such rules and regulations nation-states should take ‘sovereign’ (not only the political leaders but also the people at large as well, irrespective of their religious, cultural, and ethnic orientation) into confidence. This is where many countries are failing. India can be taken as the latest case here.

With regard to CAA and NRC, similar propositions were made earlier by none other than the former Prime Minister Manmohan Singh wherein he appealed for protecting religious minorities living in the neighboring countries. The issue was raised later under the UPA government as well. They, were, however, never seen ‘anti-constitutional’ then. The fact of the matter is that no one is going to protect religious minorities particularly Hindus, Buddhists and Jains where they are in minorities. They have been brutally persecuted in Afghanistan, Pakistan, Bangladesh and in other countries as well. To the dismay of many of us, no human rights organizations (HROs) ever spoke in favor of them. This gives enough space to Modi government to bring laws that protect minorities coming from these religious groups but it certainly will have consequences.

The government of India says that CAA, principally, is not targeted toward Muslims residing legally as citizens yet there are grounds to harbor fear in the long-term. This is so because CAA has been brought to protect other than Muslim minorities in neighboring countries and if they wish they can apply to become Indian citizens. The fear factor looms large on both sides. Some have the fear of being inhaled by Ghazwa-e-Hind. Others have the fear of being ‘marginalized’ in their own country. Muslims, however, would surely look for alternatives and secure places of habitat.

Consequences in Nepal
Under the extant circumstances, Nepal naturally becomes right destination for the obvious reason of having open as well as lively cross-border relations. There are high chances that Muslims from Northeast India, where they are believed to have been living without proper documentations, will come to Nepal. Nepal is already having Rohingya refugees and their influx may increase in the days to come if the situation in Myanmar does not improve. Moreover, given the vertical division of Indian society along religious lines, chances of Muslim influx toward Nepal are high. If that happens it may have multiple impacts for Nepal including the integration, adoption and others. Nepal is already feeling the heat of this problem in some parts of Tarai and this may happen in hilly areas as well. The classic example is the latest incident in Kapilvastu while performing Durga Puja. Keeping these factors in mind, there is a need to take prudent steps and measures (with due respect given to all). There are also high chances that it may lead to demographic shift, which will further worsen the situation. Both Abrahamic faiths are rising and the fact is that children’s of Abraham have never stayed in peace and calm. West Asia is the classic example. Moreover, influx (if it happens) would bring various types of people, which may yet again further complicate relations between Nepal and India. India is already of the view that Nepal is sheltering ISI and Jihadists. The reality of our time is such that majorities feel unsecure from minorities as both intend to protect their own identities. Inclusion has been adopted to strike a right balance between the both but this, too, has its own sets of problems due to which ‘democracy’ that we all love is in crisis. This precisely is the reason why many democratic countries are closing the democratic space.

The West is the classic example here.

The Indian Lok Sabha will have its usual glamor quotient this time too with newcomers such as action star Sunny... Read More...

Discussion on Jammu and Kashmir issue held in Kathmandu

KATHMANDU, Feb 5: The Embassy of Pakistan in Kathmandu organized an interaction on Jammu & Kashmir Issue in Light of... Read More...

It is responsibility of big parties to keep nation united: UML Secy Bhattarai
29 minutes ago