What universities can do 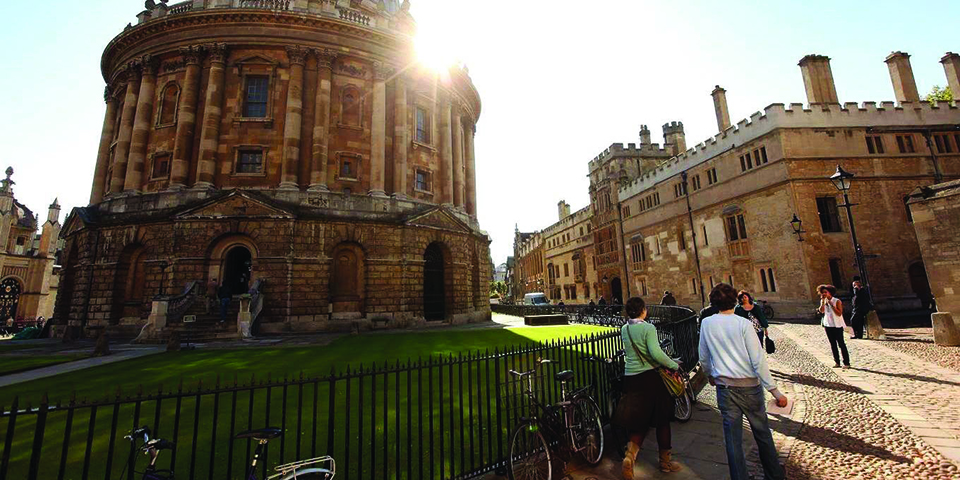 British universities should find more ways to contribute to UK’s economy, so that it can continue to compete with other advanced economies after Brexit

LONDON – The United Kingdom ranks around 22nd among countries in terms of population. Its economy is somewhere between the fifth- and seventh-largest in the world in terms of nominal GDP (in US dollars), which is comparable to the economies of India and France. In terms of wealth—that is, GDP adjusted for population—it ranks anywhere from 22nd to 30th.

It would seem that higher education is an area where the UK truly excels. And yet the UK’s impending withdrawal from the European Union could threaten this success. As many passionate advocates of British universities have pointed out, continued excellence in higher education after Brexit will depend on whether the UK still grants access to foreign students and non-native, world-class academics.

I share this concern, and I support all who are now calling on the government to exclude students from the net immigration numbers. It is hard to see how barring the world’s most promising young people can be squared with the “Leave” camp’s catchy but disingenuous promise of creating a “global Britain.”

Now, consider a few other findings from this year’s university rankings. Other than the US, Australia also stands out: though its economy is half the size of the UK’s, it has seven of the world’s top 100 universities. By contrast, many other countries with high levels of wealth and productivity are not recognized as bastions of higher education. Germany, for example, is among the world’s 20 most populous and 20 wealthiest countries, and it is easily in the top ten in terms of nominal GDP; but its highest-ranked university is 64th in the world, and it has only three institutions in the top 100.

These findings raise two key questions. First, if other countries can become more productive and wealthier than the UK without excelling in higher learning, is the UK failing to capitalize on other key growth drivers? And, second, could British universities themselves do more to drive productivity and wealth creation, by enhancing job opportunities and addressing labor-market failures in their own immediate vicinities?

The answer to the second question is surely yes. Many university leaders nowadays are under unfair pressure to maintain their institutions’ reputations for world-class research. And, to be sure, research is a key reason why so many British universities appear in the top-100 ranking. But for that success to continue, they will need to find more ways to contribute to the UK’s increasingly technology-driven economy, so that it can continue to compete with other advanced economies after Brexit.

Since conceiving the “northern powerhouse” plan under the previous government, I have continued to think that joint university-led efforts could do more to contribute to economic development in areas outside of London. To that end, eight leading institutions in the North of England—including the Universities of Manchester, Leeds, and Sheffield—have created the N8 Research Partnership to collaborate on research in key areas such as life sciences and robotics.

But such efforts should be expanded to address immediate economic needs in the surrounding region. Specifically, universities could play a crucial role in closing urgent education and skills gaps, by helping to prepare workers for the jobs of the twenty-first century.

Britain is the world’s recognized leader in top-class universities, and we need to ensure that Brexit does not change that fact. But we also need to push our universities to contribute more to the local and regional economies that host them. Otherwise, the damage from Brexit will be even worse than it already is.

Jim O’Neill, a former chairman of Goldman Sachs Asset Management and former Commercial Secretary to the UK Treasury, is Honorary Professor of Economics at Manchester University and former Chairman of the Review on Antimicrobial Resistance

Universities should focus on producing manpower that can compete internationally: Prime Minister

Julia Roberts has shared her thoughts on the high profile college scandal in the US, saying it is "sad" that parents... Read More...