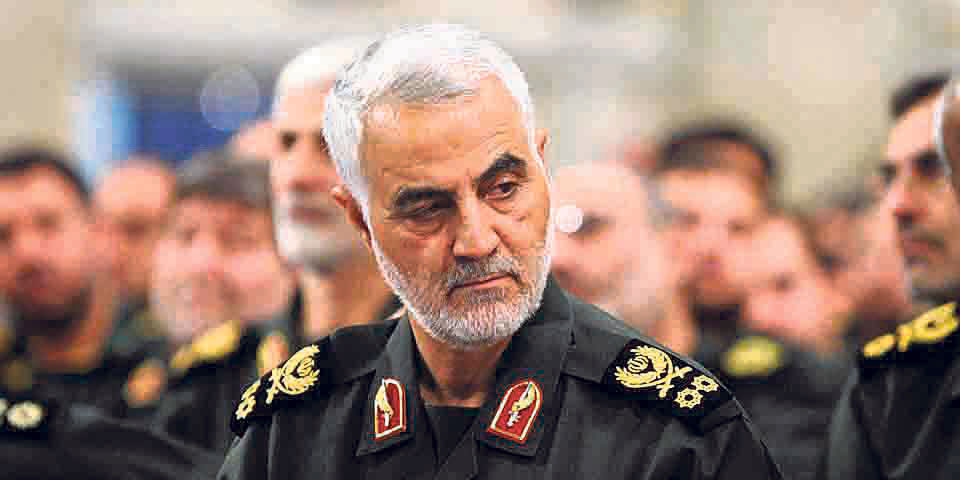 The US drone strike that killed Qassem Suleimani is but one landmark event in a multiyear, multi-front war between the US and its allies and Iran and its many proxies

TEL AVIV – We no longer live in an era in which wars are officially declared. The US drone strike that killed Qassem Suleimani, the charismatic commander of Iran’s Quds Force, is but one landmark event in a multiyear, multi-front war between the US and its allies and Iran and its many proxies.

Over the course of this undeclared war, the parties have used tactics ranging from targeted killings and cyber attacks to economic sanctions and destruction of infrastructure. In February 2008, a joint Israeli-American operation killed Imad Mughniyeh, the chief of staff and second in command of Hezbollah, Iran’s formidable proxy in Lebanon. (Suleimani was actually standing beside Mughniyeh at the time.) Later, Israel allegedly assassinated four Iranian nuclear scientists and then targeted Iran’s nuclear facilities with a malicious computer virus (most likely through a joint operation with the US).

For its part, Iran has long treated Jewish communities abroad as legitimate targets. In 1994, an Iranian-backed squad bombed a Jewish community center in Buenos Aires, leaving 85 dead and hundreds more wounded. And Suleimani himself is believed to have organized the 2012 suicide bombing on a passenger bus transporting Israeli tourists in Burgas, Bulgaria.

Stifled by US sanctions following the Trump administration’s withdrawal from the 2015 nuclear deal in May 2018, Iran has been waging a war of attrition against Western oil interests, by allegedly striking Saudi oil facilities this past September and by seizing oil tankers on the high seas. But, most important, Iran has been building a crescent of proxy forces stretching from Lebanon through Syria and Iraq and down to Yemen.

Suleimani was the mastermind of this strategy. Under his leadership, Iran helped Hezbollah beef up its missile capabilities, led a decisive intervention to prop up Syrian President Bashar al-Assad, supported the Houthi rebels who have been waging a war against Saudi-led forces in Yemen, and backed a wave of resurgent Shia militias in Iraq. According to Gadi Eizenkot, who completed his term as the Israel Defense Forces’ chief of general staff last year, Suleimani had plans to amass a proxy force of 100,000 fighters along Syria’s border with Israel.

Owing to US President Donald Trump’s expressed reluctance to pursue further wars in the Middle East, the US has scarcely been involved in thwarting Iran’s grand regional strategy. That task was left to Israel, which has been launching air strikes on Iranian targets in Syria and Iraq for months. In fact, Eizenkot’s successor, Aviv Kochavi, has warned publicly that Israel’s ongoing self-defense measures could result in an all-out war.

Trump refused to respond in kind to Iran’s downing of an unmanned US drone in June 2019. But he seems to have changed his position following the death of an American citizen in an attack by the Iranian-backed militia Kataib Hezbollah on an Iraqi military base in Kirkuk in December. The US first reacted by attacking Shia militias in Iraq and Syria, to which Suleimani responded by fomenting a “spontaneous” mob that penetrated the US embassy compound in Baghdad. In light of these events, the US has framed the strike that killed Suleimani and his collaborator, Abu Mahdi al-Muhandis, a top Kataib Hezbollah leader, as a preemptive move to thwart further Iranian attacks on US targets.

Where does this leave us? On one hand, Suleimani’s death is hardly a game changer. The Islamic State did not disband following the death of its founder, Abu Bakr al-Baghdadi. Likewise, Hezbollah has grown only stronger and more menacing since the CIA and Mossad assassinated Mughniyeh in 2008, and so has Hamas since Israel killed one of its founders, Ahmed Yassin, in 2004.

On the other hand, the US has struck a severe blow to Iran’s soft underbelly. As the embodiment of the regime’s regional strategy, Suleimani’s symbolic importance to the Islamic Republic was probably second only to that of Supreme Leader Ali Khamenei. He was, in Khamenei’s words, a “living martyr of the revolution.” Having long been groomed for higher political office, he cannot easily be replaced.

Still, neither the US nor Iran is interested in an all-out war. To be sure, Iran is bound to retaliate, if only to maintain the morale of its acolytes and proxies. But its reaction will have to be carefully tailored to avoid provoking an uncontrolled escalation. Otherwise, the regime will be playing into the hands of Israeli Prime Minister Binyamin Netanyahu, who is always eager to drag the US into a war on Israel’s behalf. A disproportionate reaction could also lead to Iran’s ouster from Syria, which is hardly the best way to safeguard Suleimani’s regional legacy.

Yes, there are many radicals and hardliners in Tehran. But they are not necessarily irrational. Iran’s current approach to the challenge posed by Trump is essentially to keep the conflict at a controlled boil until the US presidential election in November, in the hope that a Democrat will return to the White House and revive the nuclear deal.

As for Trump—and despite US Secretary of Defense Mark Esper’s warning that “the game has changed”—a targeted killing does not seem to represent a departure from his oft-stated aversion to military entanglements. On the contrary, it seems to suit his preferences exactly, because it enables him to boast to his base about his courage and decisiveness. As a reality-TV star, Trump knows that the killing of a highly prominent target will have a much larger media impact than would an air raid on a military base in which all of the victims are anonymous, much less an operation that places US forces at risk.

Shlomo Ben-Ami, a former Israeli foreign minister, is Vice President of the Toledo International Center for Peace. He is the author of Scars of War, Wounds of Peace: The Israeli-Arab Tragedy.
© 2020, Project Syndicate
www.project-syndicate.org

LONDON, June 7: Attackers raided Iran's parliament and set off a suicide bomb at the Mausoleum of Ayatollah Khomeini in Tehran... Read More...