West Indies 118-2 at lunch on day four against England 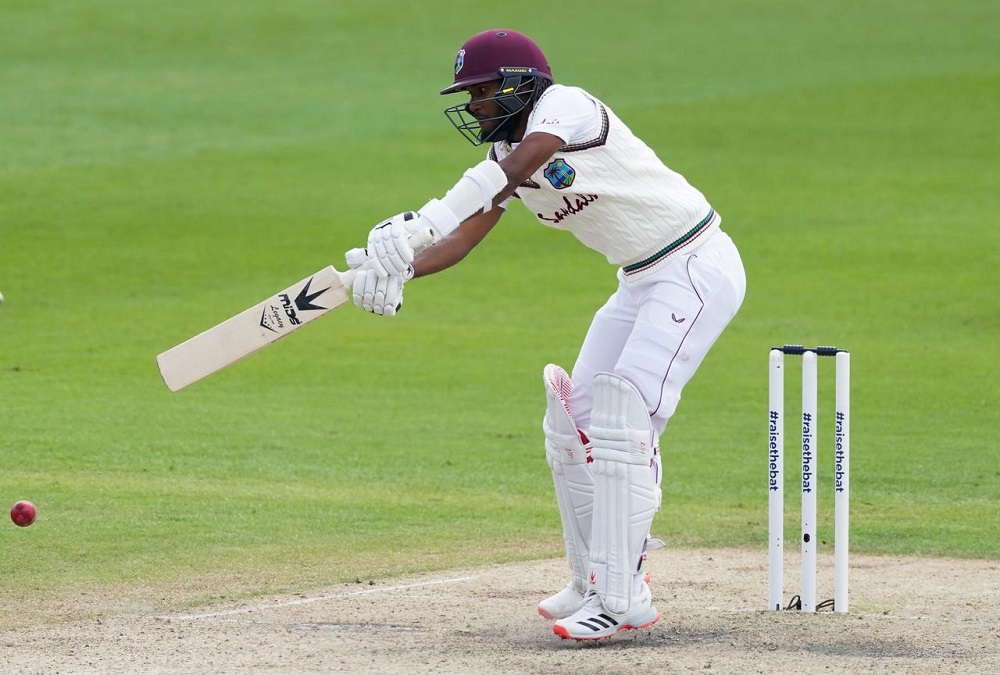 MANCHESTER, July 19: West Indies reached 118-2 at lunch on the fourth day of the second test in Manchester on Sunday, trailing hosts England by 351 runs in the first innings.

After day three of the test was washed out, the West Indies resumed on 32-1 in bright sunshine, with Kraigg Brathwaite and Alzarri Joseph at the crease and the visitors 437 runs behind.

Joseph was dropped early on by Ben Stokes in the slips off Chris Woakes’ bowling but spinner Dom Bess came on and struck with his second delivery to have the Windies nightwatchman caught at short leg by Ollie Pope for 32.

However, Shai Hope (25 not out) came out and steadied the innings to stitch together a 48-run partnership with Brathwaite, who was unbeaten on 41.

England declared their first innings on day two on 469 for nine, on the back of centuries from Ben Stokes (176) and opener Dom Sibley (120).

West Indies have a 1-0 lead in the three-test series, which is being played behind closed doors due to the COVID-19 pandemic, after winning the first test in Southampton. The third test will also be played in Manchester.