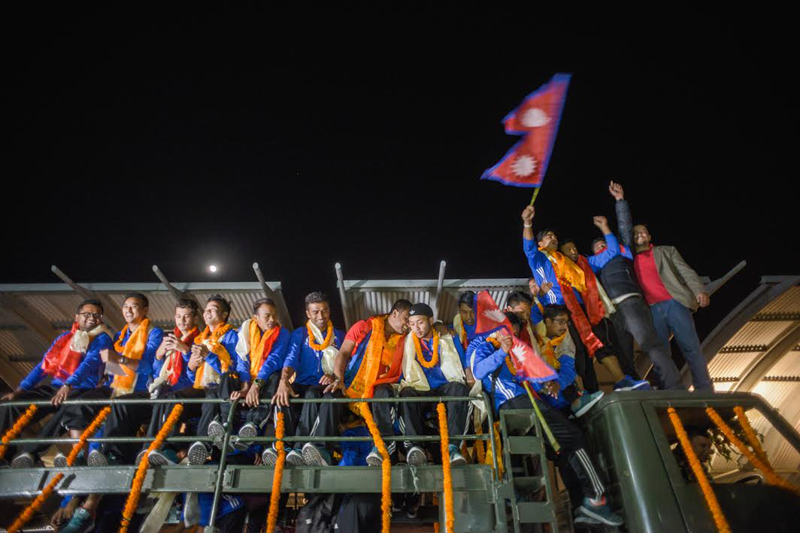 Nepal had defeated Macau 1-0 in the final held in Kuching, Malaysia on Tuesday.

Braving the chilling cold, hundreds of enthusiastic football fans had also gathered at the airport to welcome their heroes. Similarly, the footballers of ANFA academy as well as the member of the women's national team were also there to welcome the team.

Besides offering garlands and bouquet, the team was welcomed amid fanfare and traditional music. The team was carried in two trucks of Nepal Army decorated with garlands and was taken around the city.

The government has already announced a cash reward of Rs 300,000 each to the team members. 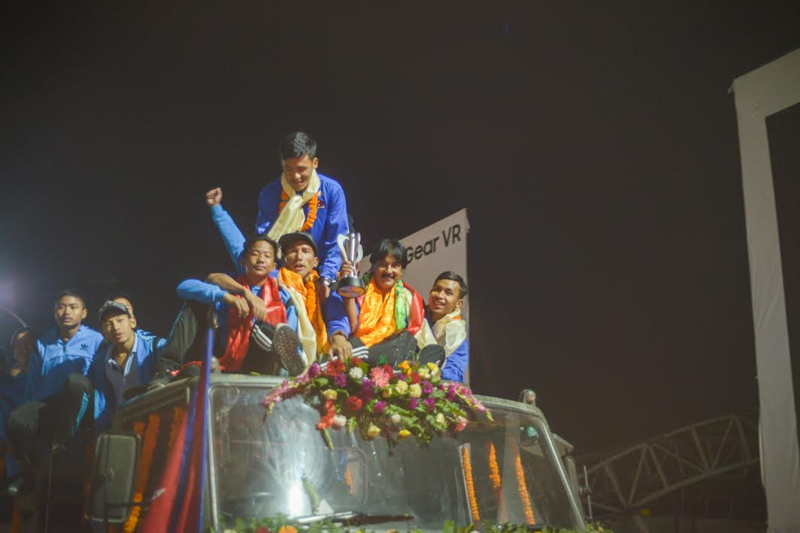 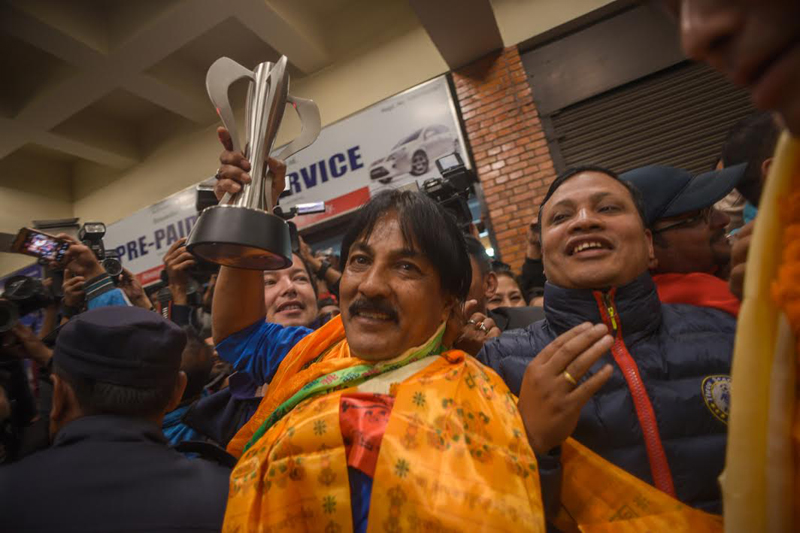 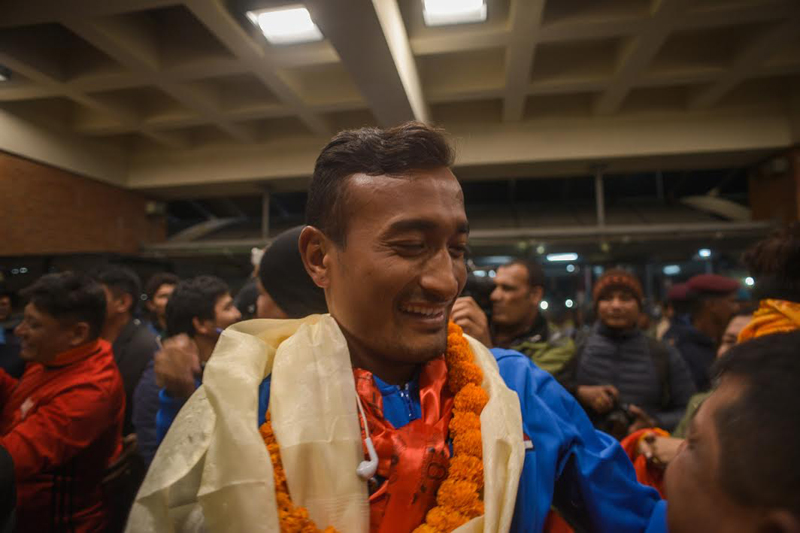 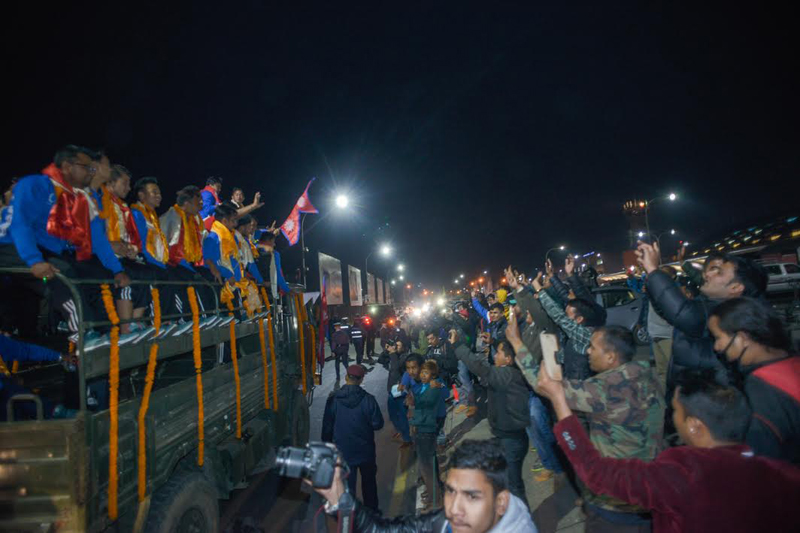 Bhaktapur is known as the oldest city of the Valley, while Bhaktapur Durbar Square is listed in the UNESCO world... Read More...