Weight-lifting does not result in excessive muscle gain in women: Experts 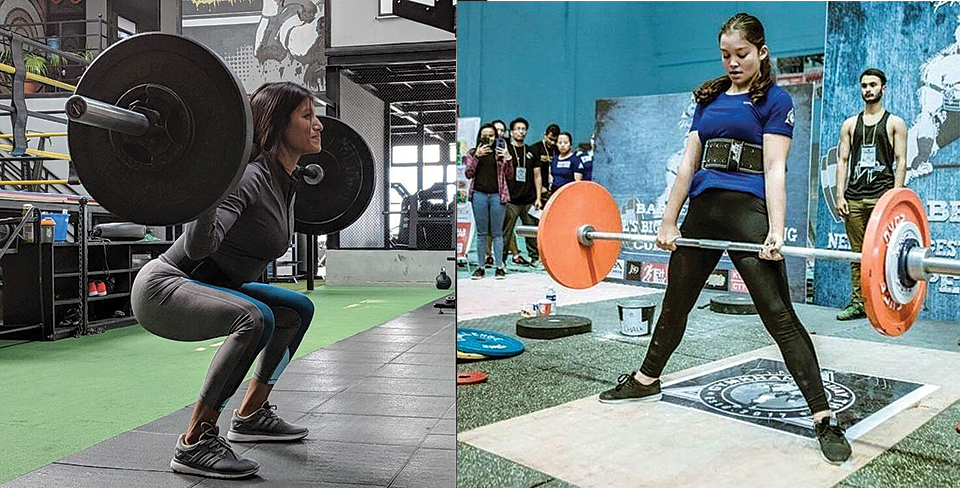 KATHMANDU, Sept 16: Rinku Shrestha, a 39-year-old mother of two children, was always skinny and did not ever find the need to work out. Things, however, started to change for her six months after she gave birth to her second baby.

When she looked at the mirror six months later, she could see fat deposits in different parts of her body which she did not like and decided to join the gym. When she first joined the gym, her parents, relatives and everyone were against it.

Rinku had a c-section during her second delivery, which was one of the many reasons her relatives were against her lifting weights as they thought that doing so would ruin her stitches. They told that her uterus would fall, even though she consulted a doctor and got an approval for exercise.

However, her husband was always by her side to support her. He always motivated her to go an extra mile.

“Why do you want to work out? You will look like a man,” many told her.

“Everyone gave negative feedback,” she said. “I turned a deaf ear to all the comments and continued to work out,” she added.

Four months after regular workout, she transformed her body, and Rinku was happy about the progress. Hitting off to gym has become her lifestyle now.

“You can say that I am addicted to working out. The results I get to see in my body are worth all the negative comments,” Rinku said.

Even after working out for more than two years, she still gets a lot of “you have achieved the body that you want, why don’t you stop”, to which she replies, “I am not trying to lose weight or build muscles, I am just living a healthy lifestyle.”

Rosin Rai was just 13 when she started training 12 weeks before her first power lifting meet. She was never sporty as a kid, but later joined Gymkhana Muay Thai for kickboxing where the coaches inspired her to do lifting.

After doing power lifting for a while Rai discovered that she was good at weightlifting, which is why she decided to compete 12 weeks out of the meet and asked one of the coaches at Gymkhana, Tyson, to train her.

According to Rai, some people think that teenagers like her should not be lifting weights as it stunts their growth. However, no studies have ever shown that lifting weights stunts or inhibits growth.

Testosterone and human growth hormone are the two major hormones involved in building muscles. Both men and women have the hormones but men have way more testosterone than women. In comparison, women have about 15-20% less concentration of testosterone.

Without that extra testosterone, women cannot build the big muscles like men.

“Women get a lot of muscles when they lift is a myth,” said Alok Khatri, certified personal trainer from American Council of Exercise. “It is almost like saying the world is flat,” he added.

According to Khatri, women gaining and not gaining muscle is a very subjective issue; it depends on the person, their genetic composition and most importantly what they eat.

Modern-day research shows that our genetics gives us a starting point. But over the period of 3-5 years, things can change, based on the food we eat.
The way we train, rest and eat determines whether one gains muscles. The best way to experience how the body reacts to weight lifting is being trained with people who have proper skill set on this, say experts.

Staying fit and healthy is on everyone’s priority list but it can often be a difficult resolution to keep. However,... Read More...

Dreaming big and making it happen

He was always a shy kid who never really thought he could muster up the guts to get up on... Read More...

8 things you must do before hitting the gym every morning

We all shoot up and plunge like mercury. Sometimes, our enthusiasms know no bounds and we are all geared up... Read More...