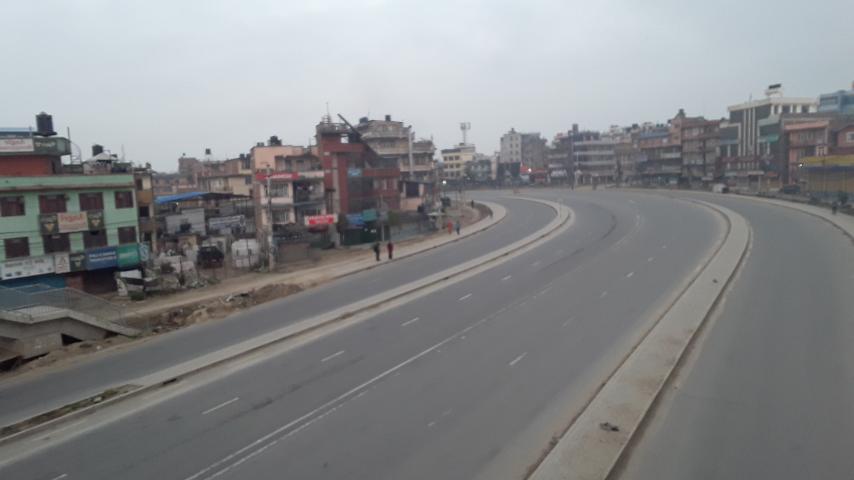 KATHMANDU, March 24: Hours after the government confirmed second case of coronavirus in the country on Monday, it took an extraordinary measure to enforce a complete 'lockdown' across the country for a week starting from Tuesday morning.

A meeting of the Council of Ministers on Monday decided to enforce a complete lockdown to contain further spread of the deadly virus that has already spread to 193 nations across the globe and claimed more than 15,000 lives.

Finance Minister Yuba Raj Khatiwada, who is also the government's spokesperson, confirmed the government decision to impose a complete lockdown.

“Keeping in view of the risk of spreading Covid-19 across the county, the government of Nepal has decided to restrict some activities from 6 am tomorrow morning until March 31 in accordance to the provisions of the Infectious Diseases Act,” said Minister Khatiwada.

“No one is allowed to go outside their residence except for emergency purpose, and to purchase medicines or food stuffs. All kinds of public or private vehicles are restricted except those used by security forces or health workers. All kinds of domestic commercial flights will be closed except for the ones fixed by the government or used by the security agencies,” Khatiwada further said.

Anyone violating the rule may land in jail for a month or fined Rs 100. “If we look at the best preventive measure of this disease in the world, there is no better option than maintaining physical distance between individuals. The government also decided to go for the same option,” said Minister for Health and Population Bhanu Bhakta Dhakal.

Heads of such offices have been instructed to ask other staffers to stay stand-by at home.

Similarly, all industries and other private offices have been directed to grant leave to their employees for the time being, said Khatiwada. The government has asked medical suppliers to maintain smooth supply of essential medicines during the lockdown.

Earlier, a high-level coordination committee chaired by Deputy Prime Minister and Defense Minister Ishwar Pokharel on Wednesday had decided to enforce a partial lockdown from Sunday. But the same committee decided to take full-fledged action to prevent the virus from spreading after detection of the second case in Nepal on Sunday evening.

The committee on Monday also decided to mobilize doctors from security forces, government and private hospitals for the treatment of any patient diagnosed with symptoms of Covid-19.

The meeting of the high level coordination committee has also decided to ask the civil servants to stay home except for those working for essential services, revoking an overnight decision to order the civil servants to join office despite the government announcing closure of all public offices from Sunday.

Some populated cities including Biratnagar, Janakpur, Dang, Nepalgunj, Dhangadhi and Mahendranagar have already decided to enforce partial or complete lockdown in their respective cities to minimize the risk of spreading the virus in consultation with the local administration and other stakeholders. 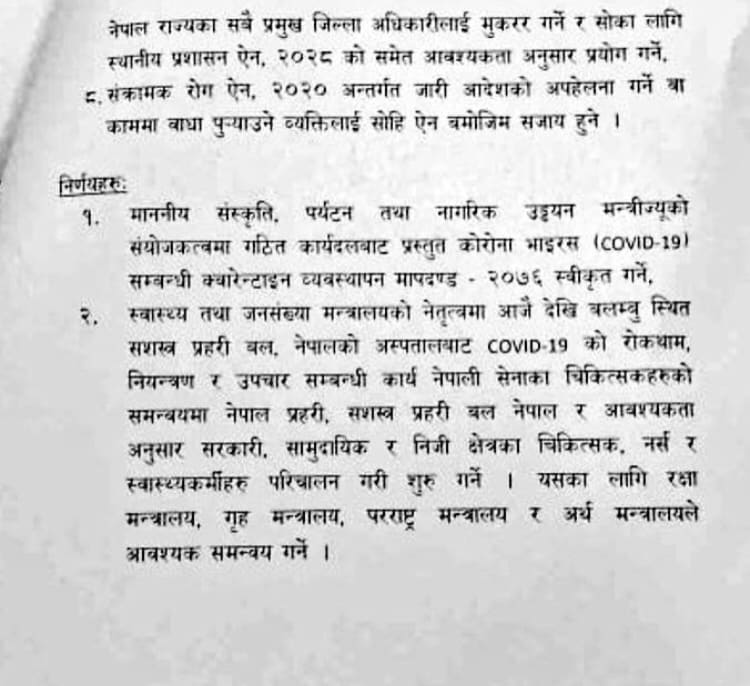 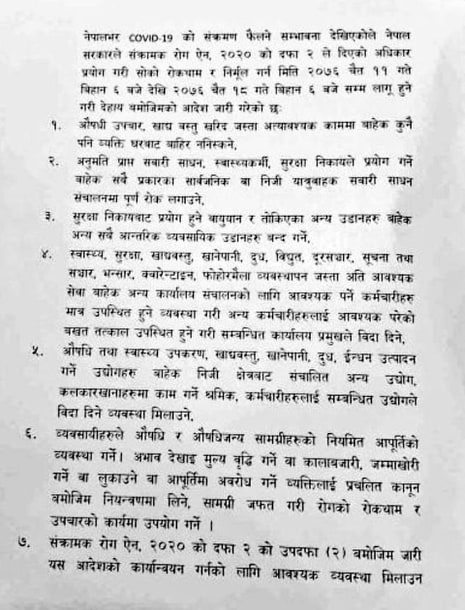 No one can become PM by making noise: Dr Koirala
16 minutes ago