Weather gets colder as mercury drops 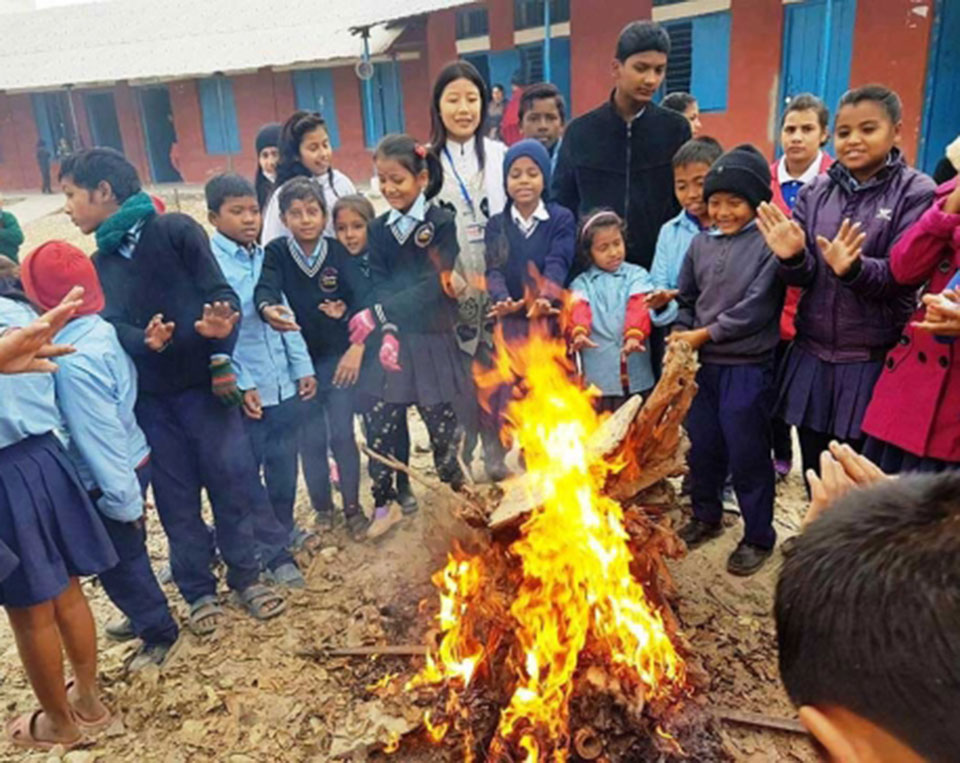 KATHMANDU, Jan 28: Today was colder as the minimum temperature was less than that on Sunday, the Meteorological Forecasting Division said.

The minimum temperature on Sunday was recorded at 8 degrees Celsius and it plummeted to 3.5 degrees Celsius on Monday, meteorologist at the Division, Sameer Shrestha, said.

According to him, although some improvement would be noticed in the weather until Tuesday, partly cloudy conditions will prevail with possibility of light rain and snowfall throughout this week from Wednesday.

The weather will remain partly cloudy with chances of light rain and light to moderate snowfall in the western part of the country on Wednesday.

KATHMANDU, Jan 23: The Meteorological Forecasting Division (MFD) has predicted that the various parts of the country will witness partial... Read More...

Govt to distribute relief worth Rs 22.2 million to cold victims

KATHMANDU, Jan 10: The government has decided to distribute relief materials worth Rs 22.2 million to the general public affected... Read More...

CHITWAN, July 4: Different cooperatives based in Gaidakot of Nawalparasi have taken initiated to open a cold storage warehouse in the... Read More...