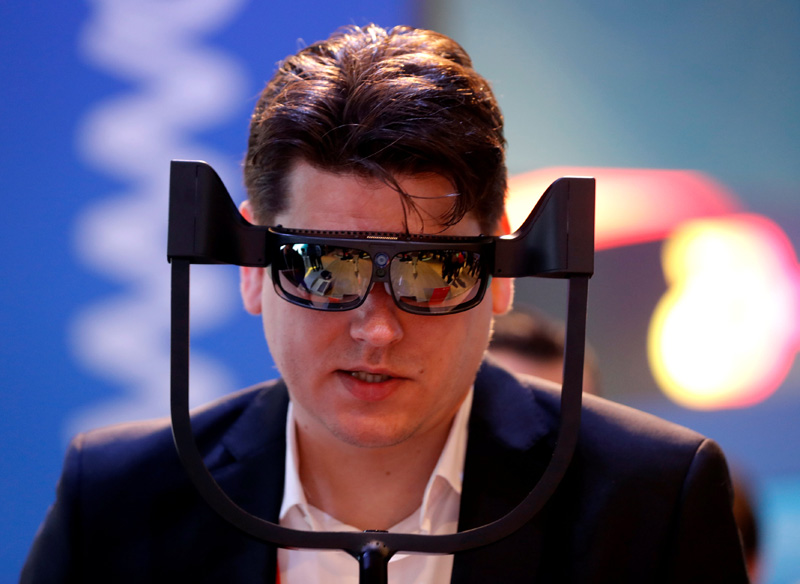 Consumers are snapping up fitness trackers, smart watches and other connected wearable gadgets but huge numbers wind up in drawers unused after just a few months once the novelty wears off.

“Abandonment has been a big problem with wearable products,” said Mike Pedler, the leader of PwC’s product innovation and development practice.

“It is something that everyone involved in designing and producing wearables is still wrestling to address.”

With worldwide sales of smart phones now barely growing, many tech firms have turned their focus to wearable gadgets in the hope that they will be the next big source of growth.

Huawei, the world’s third-largest phone maker, unveiled a new smart watch at the Mobile World Congress, the phone industry’s largest annual trade fair, with a more sporty look than the first device it launched two years ago. Dozens of other wearable gadgets, ranging from bracelets that measure your heart rate to GPS-connected footwear, were on show at the event which wraps up on Thursday.

CCS Insight predicts 411 million wearables devices including virtual reality headsets and wearable cameras  will be sold around the world in 2020, up from 123 million in 2016.

But about a third of owners of smart wearables abandon these devices after six months, according consulting firm Endeavour Partners.

“For now most devices would not pass the ‘turnaround test,’ which is characteristic of an item you would turn around and retrieve if you realized you’d forgotten it on your way to work. Like your wallet. Or keys. Or smart phone,” PwC said in a report on wearables last year.

Lack killer app
Part of the problem is that smart phones can already do most of the things people use wearables for -- they act as pedometers, count calories, measure heartbeats and make payments.
“Wearables lack a killer application,” said Pedler.
Wearables also often need to work together with a smart phone, leading consumers to complain that they are a hassle to use.

The main reasons people gave for abandoning their fitness wearables was that they were too difficult or are annoying, according to a 2016 study by German health insurer DKV.

Huawei’s new watch has its own cellular connection and the chief executive of the company’s consumer business group, Richard Yu, said he believes this is the key to increase the appeal of smartwatches.

“The majority of smart watches do not have an autonomous internet connection, you need your smart phone nearby and that uses a lot of energy, that has hindered the development of the market,” he told AFP in Barcelona

“The wearables we have seen have really been first generation type devices”, he adds hoping for improvements. The tumbling size -- and cost -- of components is making it possible to make smaller and sleeker wearables.

Munich-based Bragi has come out with the Dash, a wireless in-ear headphone that looks like a hearing aid that holds a music player, 4 gigabytes of storage, and a microphone to take phone calls -- you just need to nod your head to accept. Researchers are also working with flexible materials like graphene -- which is 100 times stronger than steel, super thin and can conduct electricity and heat -- to make more attractive wearables.

Barcelona’s Institute of Photonic Sciences has made a prototype of a graphene wearable device which it displayed at the fair that can wrap around a wrist measuring heart rate and oxgyen levels.

Graphene will allow firms to focus on the design of wearables instead of focusing just on the technology, said Frank Koppens, a graphene specialist at the institute.

“You won’t even notice it is a wearable,” he added.

KATHMANDU, JULY 18: The three major political parties have agreed to seek a solution to the current political crisis through... Read More...