We, the ugly people 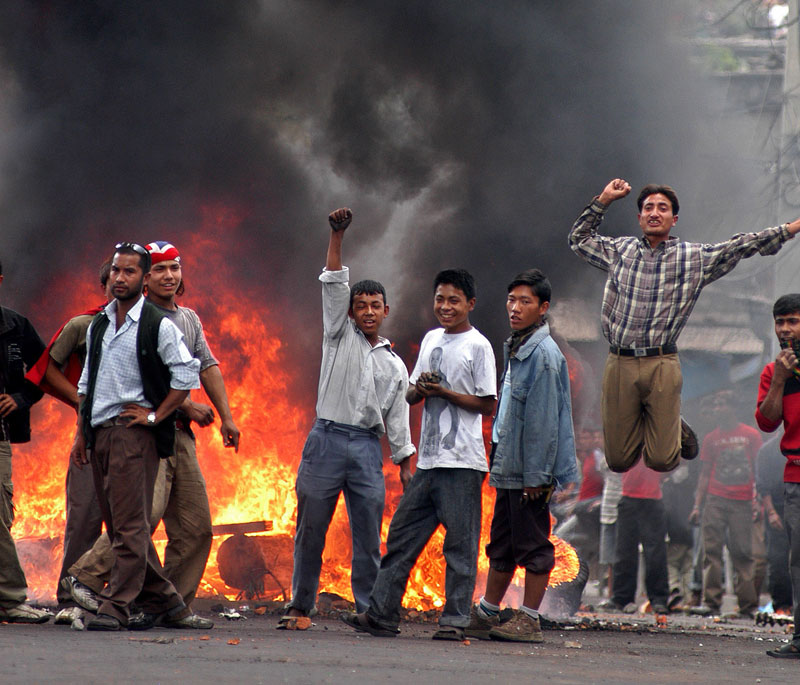 Don’t think our smile signifies innocence and happiness. It is only a way to mask our hideous and scheming mind
Nepalis are described by many foreigners as friendly, peaceful and nice people. This mistaken narrative is so entrenched in our psyche, that we ourselves have come to believe it. But we are neither nice nor peaceful. In fact, we are one of the ugliest peoples. Truth be told, we are the most devious, immoral, violent, jealous, scheming and greedy bunch.

We sell our own women to work in brothels in India and the Middle East, even as far as Africa. We sell our men to work in the worst conditions in the Middle East. Big businesses or small farmers, all seem interested in making money, at the cost of others. We are sold substandard, inedible, adulterated and contaminated foodstuff. Forget food, fake and way-past the expiry date baby formulas and medicines are openly sold in this country.

It is difficult, if not impossible, to get any work done without paying bribes in government offices. What are considered rights in other countries are special privileges and we are expected to pay for those, and we pay for those and encourage it because we are no cleaner than the ones asking for bribes.

Just like them, we too have figured out or are thinking of making quick bucks at the cost of others.

Don’t think our smile signifies innocence and happiness. It is a brilliant way to mask our hideous and scheming mind. We smile because we feel the others are stupid and we already have a plan to outsmart them. It is all about, wait till you see my real self. We are all snakes coiled up and waiting for a chance to bite. And we do that: we bide our time and bite.

There is nothing friendly and innocent or pure about our smile these days. And the foreign admirers of Nepali smile don’t know that the simple and nice and innocent people that they have come to view as content and happy and spiritual are the ones ripping them off: by selling them stuff 10 times more than what they actually cost. And spirituality, well, there too we are fake. Go to temples and you see people lining up to worship the deities, but then it is one of them who steals the idol and sells it to art collectors or the curio shops, which happen to be next to the temple from which the idol was stolen.
We pretend to be religious but we discriminate against our own people based on caste and ethnicity.

We, the religious and spiritual, simple and nice and welcoming people, bar our own fellow Nepalis from worshiping in temples or fetching water from communal taps and wells. Moreover, underneath the elaborate façade of spirituality lies the lustful real self. Otherwise, how do you explain the rise of brothels and sex workers? Promiscuity is on the rise and the scholars in us justify it as modernity.

Families are breaking down/apart and we theorize it as catching up with the West. Even the traditional greeting has come to assume a different meaning altogether. Namaste does not mean I respect the god in you these days; it means I respect your power and wealth.

We never admit our mistakes. It’s always the other who is to be blamed for all that is wrong with us.

We are insecure and lack confidence and jealousy runs in our blood. We are not content and those happiness surveys that list us as one of the happy peoples in the world are wrong. We are quite an unhappy bunch. Admit it, seeing others happy makes us unhappy. Our insecurity makes us do all we can to make others view us as smart and intelligent, and we make sure that we criticize everybody else to appear smarter than others. It’s only me who knows everything about everything, and everybody else is plain stupid.

We talk about patriotism and nationalism but we don’t possess these virtues. Most of us want to go abroad. Most of us, even the ones in position and power and quite wealthy by our standards, want quick money, junkets and free dinners and we beg the foreigners for that. National secrets are open secrets, thanks to our insatiable greed.

To conclude, the following lines by one of China’s most famous poets, Wen Yiduo describes the situation we are in perfectly well. The poet wrote it to describe the China of 1920s, and almost a century later, we are in the same predicament:

Here lies a ditch of hopeless stagnant water.
It’s really no place for beauty to keep state.
Better let hellion ugliness cultivate it
And see what kind of world it will create.
(Translation by A Z
Foreman, Poemsintranslation.blogspot.com)

And we are all eagerly waiting for the even more devilish and hellish conditions because that’s what will make us real happy and at home, and comfortably and perfectly make us feel Nepalis. What an irony, one has to be a devil to survive and thrive in the land of Buddha.