‘We have far more bullets’: Trump threatens China with more tariffs if Beijing dares to retaliate 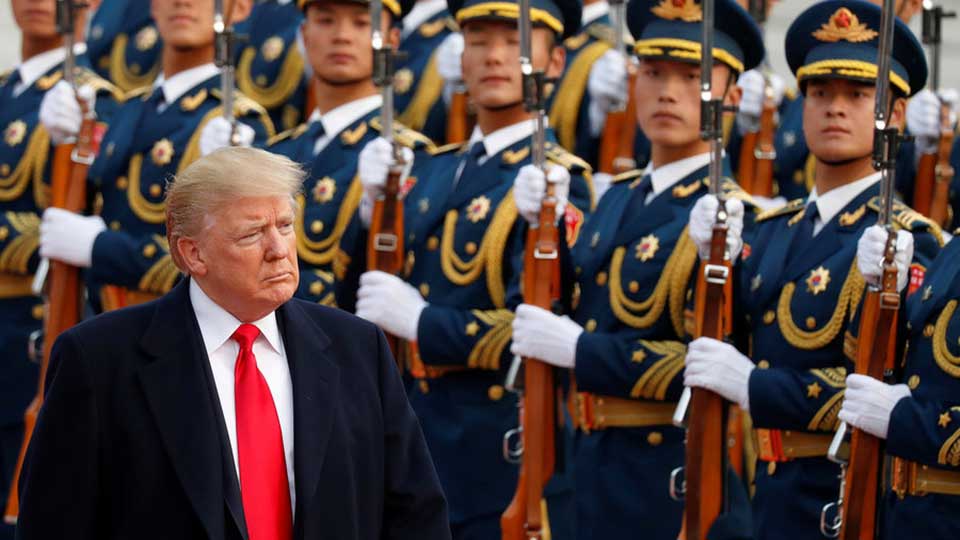 WASHINGTON DC, Sept 22: Donald Trump has threatened to impose even more tariffs on Chinese goods if Beijing dares to impose tit-for-tat measures in response to Washington’s latest package of levies targeting some $200 billion of Chinese exports.

Trump has cautioned the world’s second-largest economy to think twice before engaging in a trade war in which, he claims, the US has “more bullets.”

“We’re going to go $200 billion at 25 percent on Chinese made goods. And we will come back with more if they retaliate. We have a lot more to come back with,” Trump told a packed rally in Missouri for Republican Senate candidate Josh Hawley.

“We are cracking down on the unfair trade practices of China… We have rebuilt China. We have given them such wealth. And we are changing it,” Trump told the cheering crowd. “So we charged 25 percent on $50 billion worth of merchandise tariffs coming in. And then they said, 'We're going to do the same thing'. And I've said: 'That is okay. We have far more bullets'.”

China said it will institute new tariffs on US goods worth $60 billion from September 24, after the US administration slapped new levies on Beijing’s exports.

While both the Chinese and US measures are set to go into effect Monday, Trump previously noted that the initial 10 percent tariffs would rise to 25 percent on January 1, 2019. The world’s two largest economic superpowers have already applied tariffs on $50 billion of each other's imports.

While the US keeps accusing China of refusing to buy American products to maintain a “fair” trade balance, Beijing is complaining that Washington’s protectionist practices are detrimental to the entire global economy – and has even taken up the issue with the World Trade Organization.

Yet, despite Beijing’s willingness to negotiate some kind of a deal to stop the escalation of the trade war, the White House is trying to coerce their partner into submission. In a separate slap on the wrist, just days after announcing the new $200bn levies, the Trump administration introduced sanctions against China’s leading arms acquisition body and its director, over the purchase of Russian Su-35 multi-role fighters and S-400 missile defense systems. Beijing immediately hit back at the US administration, urging it “to remedy the mistake and cancel the sanctions” which forbid arms export licenses and foreign exchange transactions under US jurisdiction. “Otherwise, the US has to bear the consequences,” the ministry's spokesperson stressed.