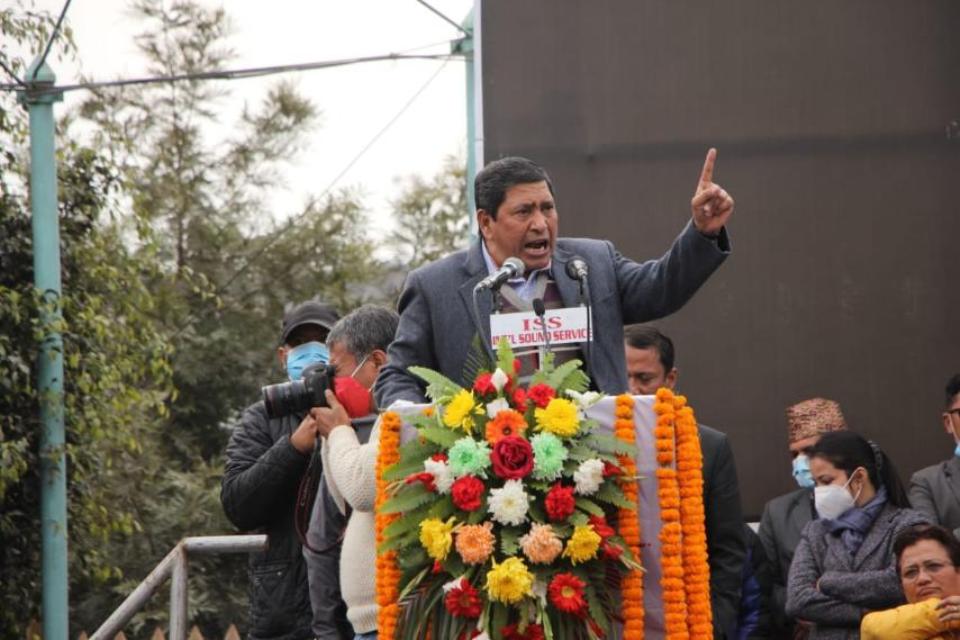 KATHMANDU, Feb 10: Narayan Kaji Shrestha, spokesperson for the Dahal-Nepal faction of the ruling Nepal Communist Party, has said that they are trying to bring other political parties including the Nepali Congress (NC) and Janata Samajbadi Party (JSP) onboard their ongoing battle against the dissolution of the House of Representatives.

Addressing a mass gathering organized by the faction of his party at Bhrikutimandap in the capital on Wednesday, Shrestha said that the effort to launch a joint struggle with Nepali Congress and Janata Samajbadi Party has not been successful yet.

"We are still in touch with Nepali Congress and Janata Samajbadi Party to bring them onboard the ongoing agitation against the dissolution of the House," he said.

Shrestha claimed that the entire country is in ongoing agitation against the dissolution of parliament.

"The entire country is in agitation except the Oli-led faction of the NCP," he said. Shrestha said that the Oli-led government announced midterm elections after killing the constitution.

"The scheduled election is against the spirit of the constitution because it does not help institutionalize the hard-earned democracy. It is nothing more than another way of imposing fascism in the country. This is not going to be a genuine election at all," Shrestha maintained.

Senior leaders of the Dahal-Nepal faction including chairmen duo Pushpa Kamal Dahal and Madhav Kumar Nepal are addressing the faction's mass gathering being held at Bhrikutimandap.

Millions will be forced to picket Singha Durbar and Baluwatar if PM Oli does not correct his mistakes: Dahal

KATHMANDU, Feb 10: In a veiled threat to use force to meet their demands, co-chairperson of the Dahal-Nepal faction of... Read More...

"We have conveyed to the international community that the prime minister's move has resulted in the death of democracy and... Read More...