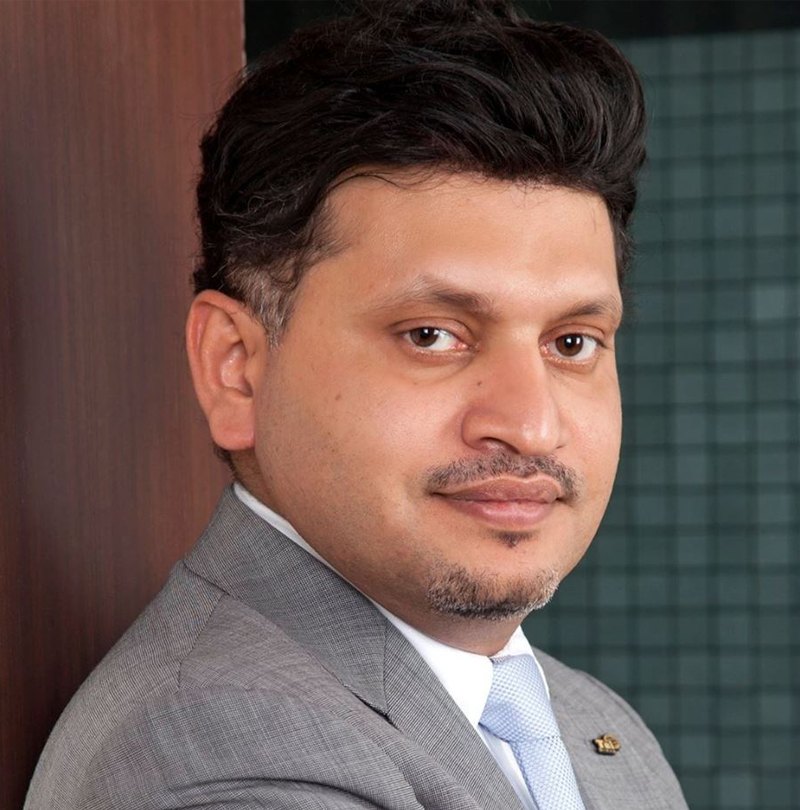 Bhawan Bhatta is the vice president of Non-Resident Nepalese Association (NRNA). The young entrepreneur has many business interests in Nepal including infrastructure projects. The Japan-based NRN has been elected to the post of NRNA Vice President for the second term due to his commitment to work for the well-being of Nepalis in and out of the country. Bhatta was recently elected as the chairman of the Nepal Purbadhar Company Ltd (NPBCL), which has been long planning to construct first tunnel toll highway in Nepal. Kuvera Chalise of Republica caught up with him during his recent Kathmandu visit to talk about his business interests and where the NRNA movement is heading towards. Excerpts:

Could you please tell us will the tunnel road project move ahead?

We are working on with various financiers to achieve financial closure. Before that, we have to bring about some fundamental changes in the organization structures. We have been in talks with many prospective financers. But I cannot divulge you details until something or other materializes. I have already committed to invest Rs 1 billion in this project. I was not interested to become chairman as I have many other businesses. But I have committed to that we will be moving forward with construction within a year.

What has been the major roadblock for the project?

Many parties were interested to invest in the project in the past also. But since Nepal does not have credit history, the major problem was arranging financing from interested international parties. Many interested parties have studied the project, its internal rate of return, structure and governance. But things did not move forward. But we have learnt the lesson which has made us more competent. As we have experience of working in foreign countries also, we know that we have to first earn trust. On that basis, we can arrange finance. As tunnel road is the first of its kind project in Nepal, we are learning by doing. We have already said that we will correct our past mistakes. Earlier the bureaucrats also complained that we have not been communicative to them. This time we have been in regular touch with them as well as financers. At times, it is easier to follow the experienced partners as they have dealt with such projects earlier too. There is definitely more risk as well as opportunities in the first project.

How much does political problem hampers infrastructure development in Nepal?

It depends on you expectation level. The project of such scale will bring social and economic benefits to the entire country, not just some people. It is a national agenda that could be a milestone for development of infrastructure projects in Nepal. So, we have been able to convince the politicians and bureaucrats. The tunnel road will save around Rs 20 billion due to reduced time of travel and fuel consumption. If this project does not move forward, it is a loss to the country. The problem is similar everywhere in the world. But we need to realize that today's developed countries have come to this stage because of rapid infrastructure development.

What are the problems of investing in infrastructure projects in Nepal?

Investing in hydropower projects in Nepal is no different than other country because we have long experience of harnessing hydropower. But it is different for other infrastructure projects. In my opinion, there is only one problem everywhere in the world, not only in Nepal. We had to face more problem as the tunnel highway is the first of its kind project in Nepal. In Japan and South Korea, they practice BOOT model for infrastructure development. In South Korea, community buildings like our ward offices or VDC buildings and even school buildings are built under BOOT model. They have experience but we don't have. That is the problem. Once we understand it, it will be easier for Nepal to move ahead in development of projects. Tokyo does not need another metro station because they already have. But in Nepal, there are huge opportunities. We have to start from zero here. For example, construction of pavements across the country alone is a billion rupees project. But it's a difficult task. NRNs have the responsibility to use their experiences and for the benefit of Nepal.

You have studying another infrastructure project too. Please tell us more about it.

What are the problems that an investor faces in Nepal?

First of all, the government should make investment vehicles easy. Second repatriation of earning should be eased. Likewise, the laws should facilitate in taxation. Similarly, we are in risk zone due to appreciation of US dollar. I think there should be some shock absorber. We can create a mechanism to lock up with the help of bond. Similarly, I request the government to use NRNs in development works as we are helping hands of Nepal not the competitor of the government. We have to learn good practices from other countries and apply them in Nepal. Let's study what policy development pioneers like Japan and other countries have been following and introduce them here. NRNs want to strengthen the government mechanism.

There has been big confusion among people regarding NRNs. Are they philanthropists or investors?

It depends on how the government and the people of Nepal want us to be. We became philanthropists during earthquake; we are also investors as well as activists. We are a country out of the country. We are cultural ambassadors of Nepal. I have started a campaign called ADB -- Athithi Devo Bhawa. We have asked our NRN friends to send at least three friends to Nepal. So we are doing whatever Nepal needs. I request everyone to use NRNs. It is a huge network spread across the globe.

A year after contract, construction of Kathmandu View Tower begins

KATHMANDU, Jan 26: Construction of the Kathmandu View Tower has begun nearly a year after the contract for it was... Read More...

Construction of Kathmandu Tower at Old Bus Park in limbo

KATHMANDU, Nov 16: The construction of Kathmandu Tower at Old Bus Park in the capital is in limbo even though six... Read More...