We are not prepared for Zika virus outbreak

Published On: November 5, 2018 01:00 AM NPT By: Bishnu Prasad Upadhyay and Binod Rayamajhee 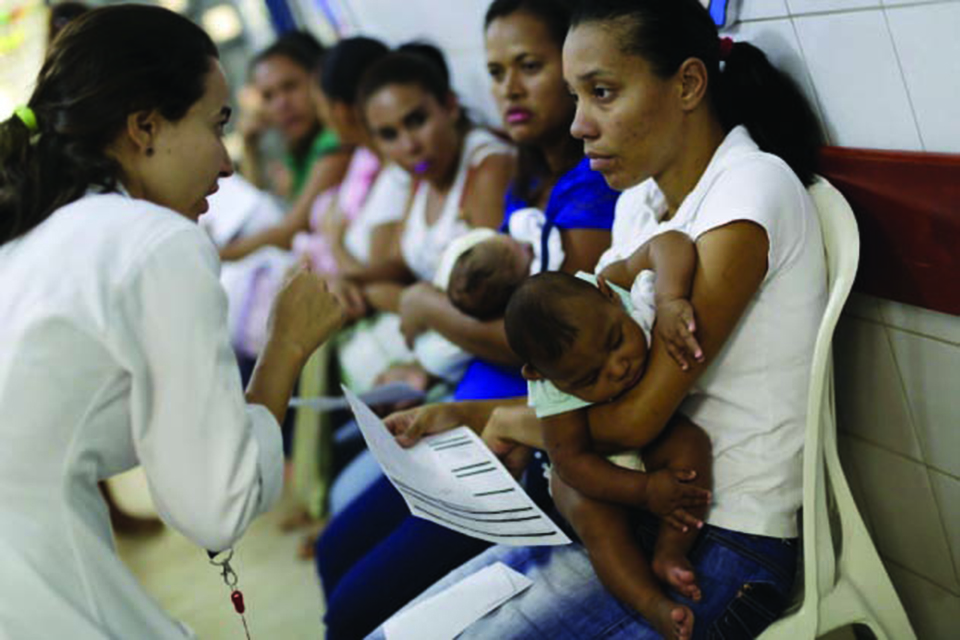 Government of Nepal should conduct awareness programs about the virus. Health authorities should run screening and protecting protocol

The World Health Organization (WHO) has announced outbreaks of Zika virus as the “extraordinary event” in 2016. As per the recent surveillance data, the strain of Zika is being circulated in more than 86 countries, including India and Bangladesh. India is wrestling with first significant outbreak of Zika virus. The first confirmed cases in India were reported only last year. More than 130 infected cases have been confirmed in the city of Jaipur, as of October 25. Nearly 40 pregnant women have been infected with the virus, and they are receiving special treatment.

Zika virus was first identified in 1947, in a rhesus monkey at Uganda’s forest called Zika. It was subsequently identified in humans in 1952 in Uganda and in the United Republic of Tanzania.

According to the Centre for Disease Control and Prevention (CDC), Zika virus is transmitted to healthy people mainly through the bite of an infected Aedes species mosquito. This type of mosquito becomes infected when they feed on a person already infected with the virus. Then such infected mosquitoes can spread the virus to other healthy people through bites. These are aggressive daytime biters and can also bite at night. A mother already infected with the virus near the time of delivery can pass on to the virus to new-born but this is rare. To date, there are no cases of infants getting virus through breastfeeding but the spread of the virus through blood transfusion and sexual contact have been reported.

In 2016, Brazil’s Ministry of Health suspected more than 3,670 Zika cases in three months. Among them, more than 230 had virus. Cases of the Zika virus have been confirmed in Australia. They have found Zika virus particles in the amniotic fluid in pregnant women carrying babies manifested with microcephaly-a neurological disorder resulting in the births of babies with small heads. Guillain-Barre Syndrome (GBS) is a rare autoimmune disorder that can lead to life-threating paralysis when infected by Zika virus.

The incubation period of this virus disease is not clear, but is likely to be from few days to 10 days. The symptoms are similar to other arbovirus infections like dengue, which includes mild fever, skin rashes, conjunctivitis, headache, muscle and joint pain, and malaise. These symptoms are usually mild and onset is usually 2-7 days after the mosquito bite. One in four people with Zika infection develops visible symptoms. A very small number of people can develop complications after becoming ill with the virus. Several cases have reported with neurological and auto-immune complications after Zika virus infection. Local health authorities of Bangladesh and India have observed an increase in Zika virus infections in the general public as well as in babies born with microcephaly. However, more investigations are needed before we understand the relationship between microcephaly in new born babies and Zika virus. Zika virus outbreaks were reported for the first time from the Pacific in 2007 and 2013 in Yap and French Polynesia respectively.

The virus is spreading rapidly and WHO has warned that there is a high possibility of it spreading to Asian countries. In South-East Asia counties, the Aedes mosquitoes are prevalent. Dr. Bibek Kumar Lal, Director of Epidemiology and Disease Control Division (EDCD) at the Ministry of Health and Population, said, “Nepal is in extra risk zone of Zika virus outbreaks after confirmed outbreaks in India and Bangladesh”.

National Public Health Laboratory (NPHL), the only one reference laboratory for disease diagnosis and surveillance in Nepal, needs to be prepared for Zika and other emerging viruses. National diagnostic capacity must be strengthened and such capacity must be expanded to the provincial levels as well. The cardinal symptoms of this virus are similar to chikungunya and dengue, and so it leads to misdiagnosis and mistreatment or delays in disease detection in the absence of required diagnostic kits. The spread of the disease across the America is being described as an “explosive pandemic” and now Asia is on high alert.

Nepal has a surprisingly long history of Aedes mosquitos’ transmitted diseases. The EDCD of Nepal has warned that the mosquitoes are already present in our environment and we should all be alert and be prepared to prevent the future outbreaks of Zika virus.

There is still no vaccine or specific drug against this virus. Only pain and fever can be treated. Patient should drink a lot of water, get bed rest, use mosquito nets and should cover arms and legs.

Government of Nepal should conduct awareness programmes about the virus. Health authorities should run screening and protecting protocol. The survival of adult female Aedes mosquitoes is a critical component in their ability to transmit Zika virus. Zika-infected mosquitoes are creating a theological conundrum.  One of the principal determinants of Aedes survival is temperature, which has been associated with seasonal changes in Aedes populations. Controlling breeding sites of Aedes mosquitoes reduces the likelihood of Zika transmission, dengue, and chikungunya. Cleaning surrounding to avoid water logging is important to prevent mosquito breeding. Special attention should be given to sick, elderly and young children. Several vaccines against Zika virus are in development phase, but for now ‘avoiding mosquito bites is the best advice to remain away from Zika infection’and WHO has said it would likely take some time to develop the perfect vaccine.

Charging foreign visitors extra makes them feel they are being cheated and Nepal’s welcome is conditional on money they can... Read More...