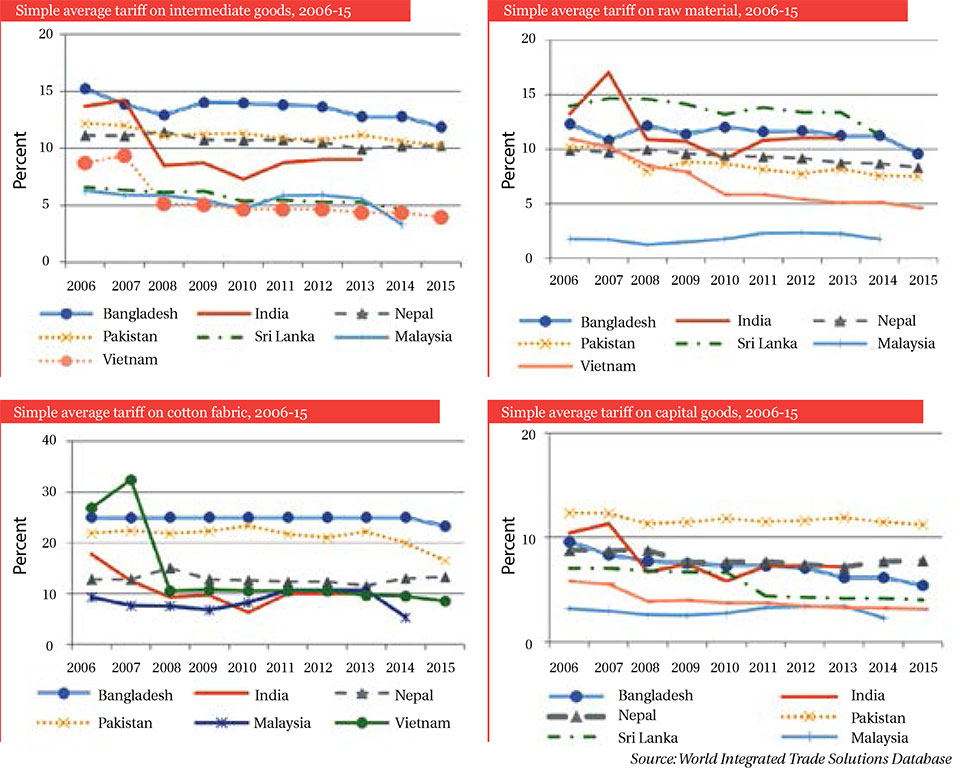 KATHMANDU, Dec 22: The government should move away from import-based taxation by lowering tariff rates if it wants to improve the import-to-export environment in the country, a recent report prepared by the World Bank Group states.

In the report entitled 'Trade Policy Reforms for the 21st Century: The Case of Nepal' released on Wednesday, the World Bank has urged the government to eliminate import tariffs for intermediates used for high potential export products.

However, such tariffs can be reduced gradually if the country is concerned about the compromise on tariff-related revenues, according to the report. The report also states that high tariffs on imported intermediate goods, the ingredients to finished products, cut into the competitiveness of Nepali exporters.

Most of the finished goods in Nepal that get exported use imported components. Pashmina producers, footwear manufacturers, carpet manufacturers and tea producers all import some components to produce finished goods because either the raw materials are not locally available or the imported materials are typical of a higher quality as demanded by those who import it. Among other reasons, some also import such products to get it on competitive prices from global markets.

The World Bank report shows that 90 percent of Nepali exporters directly import some of the components of their finished goods from other countries.

High tariffs on imported intermediaries and capital goods coupled with restrictive trade policies affect the competitiveness of Nepali exporters in the international markets, according to the report.

“Nepali exporters are small and struggle to grow rather than to enter markets. Problem is in the intensive margin,” said Gonzalo Varela, one of the authors of the report, in a Twitter post.

Acknowledging that tariff reform becomes a concern for developing countries, particularly Nepal, from revenue cost perspective, the report calls for embracing a gradual approach to reduce tariffs on different intermediaries. “Nepal would benefit from a gradual approach to reduced tariffs if it is not going to compromise tariff revenues,” read the report which was co-authored by Ashish Narain and Varela. “To improve the import-to-export environment in a fiscally responsible manner, targeted tariff reductions on intermediate inputs for key export sectors are recommended since they can be achieved with negligible revenue losses,” it added.

These reforms are likely to help increase export competitiveness through access to better technologies and increased competition, the report states.

Can Nepal absorb the shockwaves of stagflation and growth myth?

We are not sacrosanct to global events and sustain some forms of impact because Nepal heavily depends on imports of... Read More...