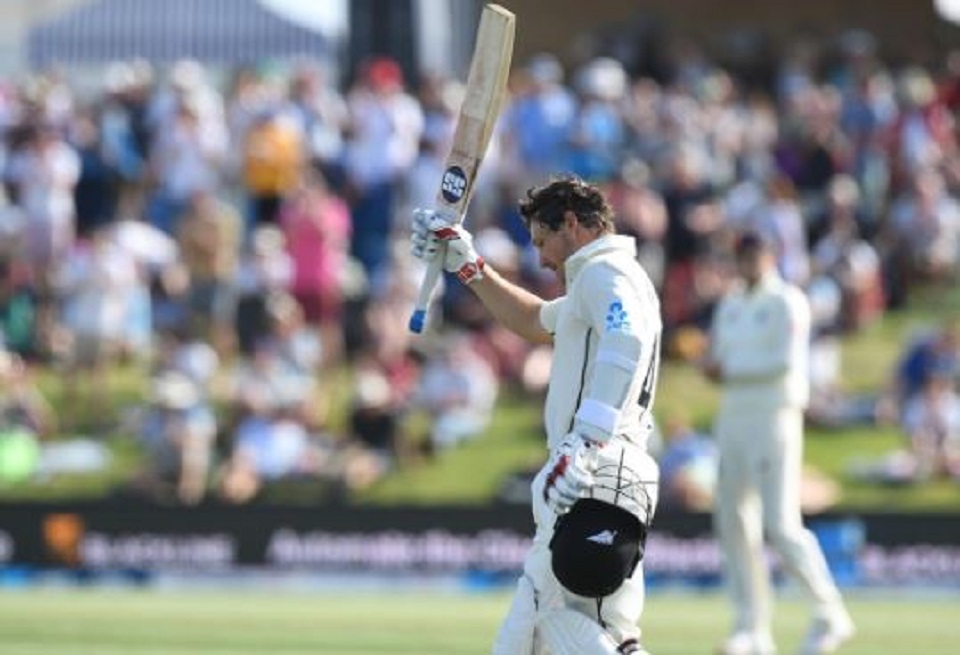 WELLINGTON, Nov 23: BJ Watling scored the first test century on Bay Oval as New Zealand established a 41-run lead against England on Saturday, reaching 394-6 at the close of the third day of the first test in Mt. Maunganui.

Watling ended the day on 119, having arrived at the crease on Friday with New Zealand on 127-4 and in danger of conceding a large first innings deficit to England, who had been earlier bowled out for 353.

The wicketkeeper, however, slowly rebuilt New Zealand’s innings with a 70-run partnership with Henry Nicholls, 119 with Colin de Grandhomme, and an unbeaten 78 runs with Mitchell Santner, who finished the day 31 not out.

Watling’s eighth test century was the first at the ground, which is hosting its inaugural test match.

It was also his second in succession after he scored 105 not out against Sri Lanka in Colombo in August and was brought up with a single wide of mid-on from the bowling of Sam Curran.

“It felt great, obviously. I love scoring hundreds for New Zealand and I really enjoyed that one,” Watling told reporters.

“It was hard work and we had some tough periods but we got through. It was special to get over the line and to still be there tonight, which I targeted.”

The 34-year-old, who had worn down England’s bowlers to the point they looked exasperated for much of the final session, was trapped in front by Jofra Archer about 25 minutes before stumps.

Watling, however, immediately reviewed the decision and technology showed he had nicked the ball into his pad.

He will resume on Sunday on a pitch that is starting to offer uneven bounce.

“We’re expecting the surface to keep playing a few more tricks over the next couple of days so it is important for us to try and build this lead a bit and put them under some pressure when they bat,” Watling said.

“The least amount of runs we can chase the better.

“If we can get some partnerships going tomorrow there’s every chance of a result our way.”

New Zealand had started the day on 144-4 and England had high hopes of running through their middle order, especially given the fact Nicholls had sustained a nasty blow on the helmet from an Archer bouncer late on Friday.

Nicholls had to pass concussion tests to continue batting on Saturday and while he returned, he added just 15 runs to his overnight score of 26 before being trapped in front by Joe Root shortly before lunch.

Watling and De Grandhomme (65) then stymied England’s bowlers for the middle session and went to tea on 316-5 and in sight of establishing a first innings lead.

De Grandhomme, however, fell on the first ball after tea when he was brilliantly caught one handed and low down by Dom Sibley at gully off Ben Stokes.

While Stokes challenged Santner early in his innings with a short-pitched bowling plan, the left-arm spinner was able to see it off and grew in confidence as the England bowlers’ shoulders and pace dropped as the day wore on.