Water woes in Jhaukhel of Bhaktapur despite plenty of resources 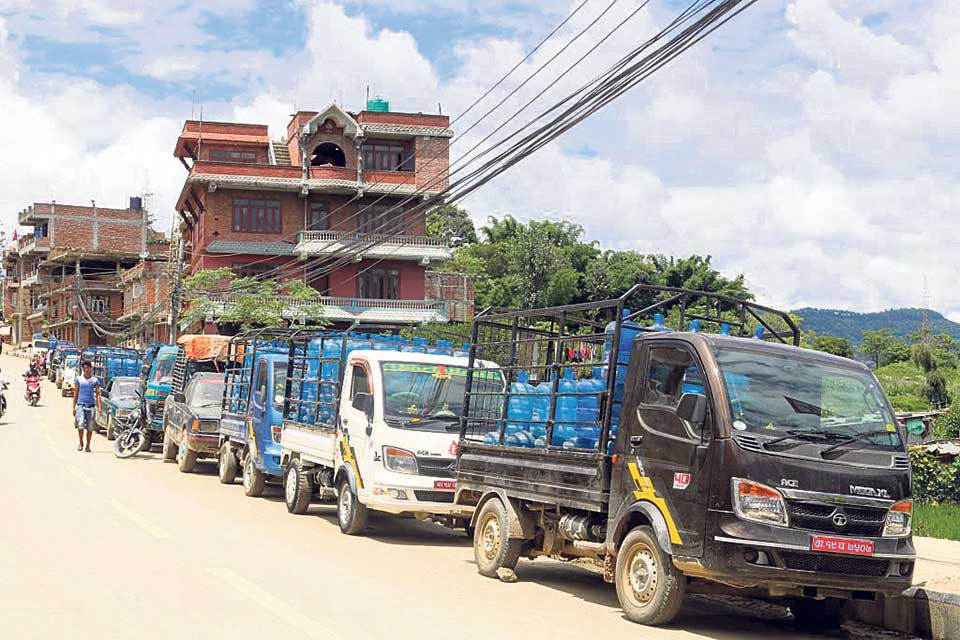 Bottled water being taken from Jhaukhel to different destinations in the Valley in this recent photo. Photo: Krishna Kisi/Republica

BHAKTAPUR, March 2: Jhaukhel of Bhaktapur is so much rich in water resources that it caters to the needs of the locals of several areas of the Kathmandu Valley. Water tankers are seen collecting water from the sources from morning till late night. However, in the lack proper channeling of water, locals of Jhaukhel themselves have been facing water woes for years.

“The entire Jhaukhel area is rich in water. If we dig a few meters of land below, we get water everywhere. However, we are facing water crisis,” said a local of Jhaukel, Prem Bahadur Shrestha. “Tankers take away water from here and sell at different places. They go to Kathmandu, Lalitpur. But we are living without enough water.”

The government has not installed taps in Jhaukhel area. The households depend on self-managed water. Amid this, they are unable to get sufficient amount of water.
“We cannot buy water from tankers and they don’t give us for free. Neither can we lay pipe on our own to bring water to our doorsteps,” lamented another local of Jhaukhel, Binita Sulu. “Water crisis is a curse. It kills all your time.”

According to Sulu, most of their time is spent in fetching water. Women, especially housewives, get fully engaged in collecting water, she says. Had the water crisis been solved, they could have utilized their time properly.

The provincial government has released Rs 10 million to the municipality this fiscal year for water management. According to Dhimal, additional budget is also being allocated. “Depending on the need of the wards, the municipality will distribute the budget,” he said. “Very soon, water pipes will be laid and taps will be fixed so that every household can get water easily,” he added.