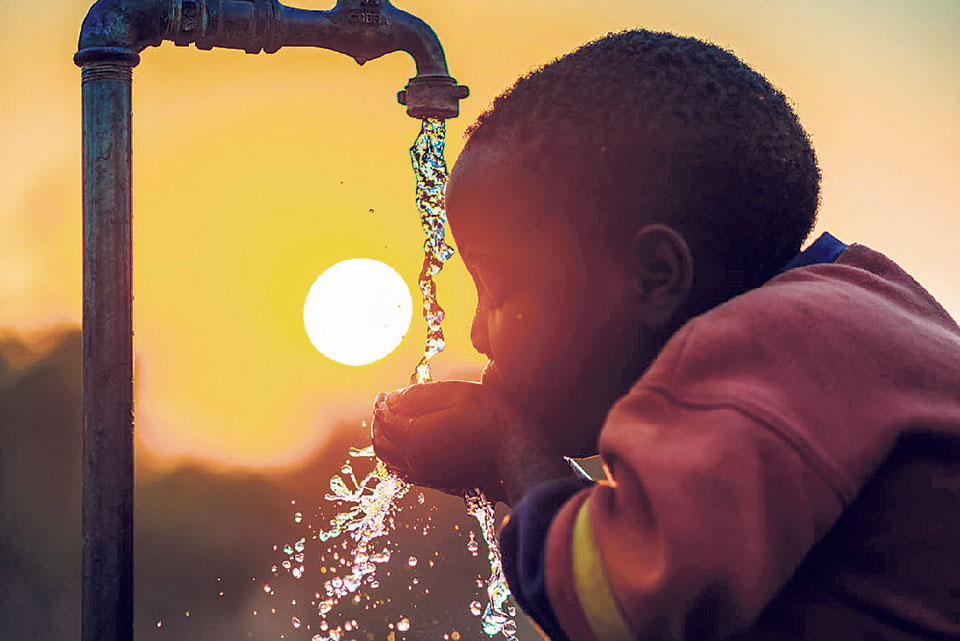 In July 2018, the city of Cape Town in South Africa is poised to become the first city to run out of water as a result of drought like conditions. ‘Day Zero’ or the day when the city will turn off its taps has been brought forward and pushed back numerous times as the administration continues to assess its water reserves and hopes that its water conservation efforts bears fruit.

Cape Town, of course, is not the only city facing water scarcity and a list compiled by the BBC features several Asian cities likely to face similar problems in the near future due to a combination of increasing urban populations, climate change, and other factors including pollution. For its part, the South African city has been urging its residents to adopt drastic measures to conserve water. They are being asked to collect and reuse their bath water in the toilets and limit their showers to two minutes among many other ‘steps’ being encouraged to limit water usage.

Just reading this made me realize how these so called ‘extreme’ measures are actually ways of life for many of Kathmandu’s residents. We have always had a problem with water supply in the capital and this perennial scarcity of water means that twice-a-month water tankers are now a reality for many homes here. The queues of men and women waiting to fill up their buckets near these tankers have long since been a common sight across Kathmandu.

Yes, there are those who question the source and safety of this water but for many it is a case of needs must. For the moment, these water tanks are alleviating shortages while we continue to wait forever for the water from Melamchi to materialize. My friend made an analogy the other day about our water scarcity in relation to our fresh water reserves and how it was like our energy output in relation to our hydropower resources. For a long time, we were just content on it being there instead of trying to harness it.

Currently, the demand for the tanker water far outstrips the supply and it is seldom available on demand. I was wondering why more ‘entrepreneurial’ people hadn’t jumped on the bandwagon when a tanker driver told me that the margins were not very huge in this particular business. That explains a lot because if this tanker water supply business was any more lucrative than it is, you can be sure it would be ‘cartel-ized’ already.

Anyway, it really is only the monsoon period that gives many folks a respite from this water scarcity and many folks have opted for rooftop rainwater harvesting to bridge the shortages. Even the effect of the monsoon on the water table seems to have waned. The increasingly rapid and haphazard urbanization means less water now percolates down and replenishes the water table. In fact, only a few years ago you could collect water from the borewell without any filtration device and it would be relatively free of sediment. Now if you leave a bucket of unfiltered water for an hour, you would struggle to tell if it was a bucket of black tea or plain water. This is cause for concern since a huge number of valley residents rely on borewells or – in colloquial speak – ‘boring’ for their supply of water.

The truth is that the city is simply growing too fast and to say there is a huge mismatch between demand and supply is to grossly understate it. In this context and given our struggles with water, you would think that we would be more conscious about wasting it. Apparently not. From using water generously to wash our vehicles to spraying it on our streets to prevent dust pollution, we are quite liberal with it. I have seen folks in the gym just letting the water run for minutes and wasting it in order to let hot water flow. Not all of the valley’s resident’s face the problem and therefore we tend to be quite oblivious to it if it doesn’t affect us directly. We actually need a problem to bite us before we realize something must be done about it.

As critical as this issue is, what is alarming is that there are kids and young folks completely unaware of the need to conserve water. It really should be part of the curriculum now if one is to be honest. A few years ago, I watched a documentary by Govinda Nepal called Troubled Water that highlights how challenging the water situation is for a lot of people who live in and around the valley’s periphery. The reactions of some of the college students (for whom the documentary was screened) suggested that they were completely oblivious to this problem right under their noses.

If this ‘eye-opening’ exercise (as one student put it) had been done during their formative years it would mean an aware citizenry, less wastage, and consequently less burden on the state. We may at some point in the near future be faced with the possibility of our own ‘Day Zero’ moment. When it comes to water, it’s time for us to wise up.

Smart lockdown to be enforced, int’l flights to resume
8 seconds ago

It is difficult to run hotels according to the prevailing policy: HAN
43 minutes ago