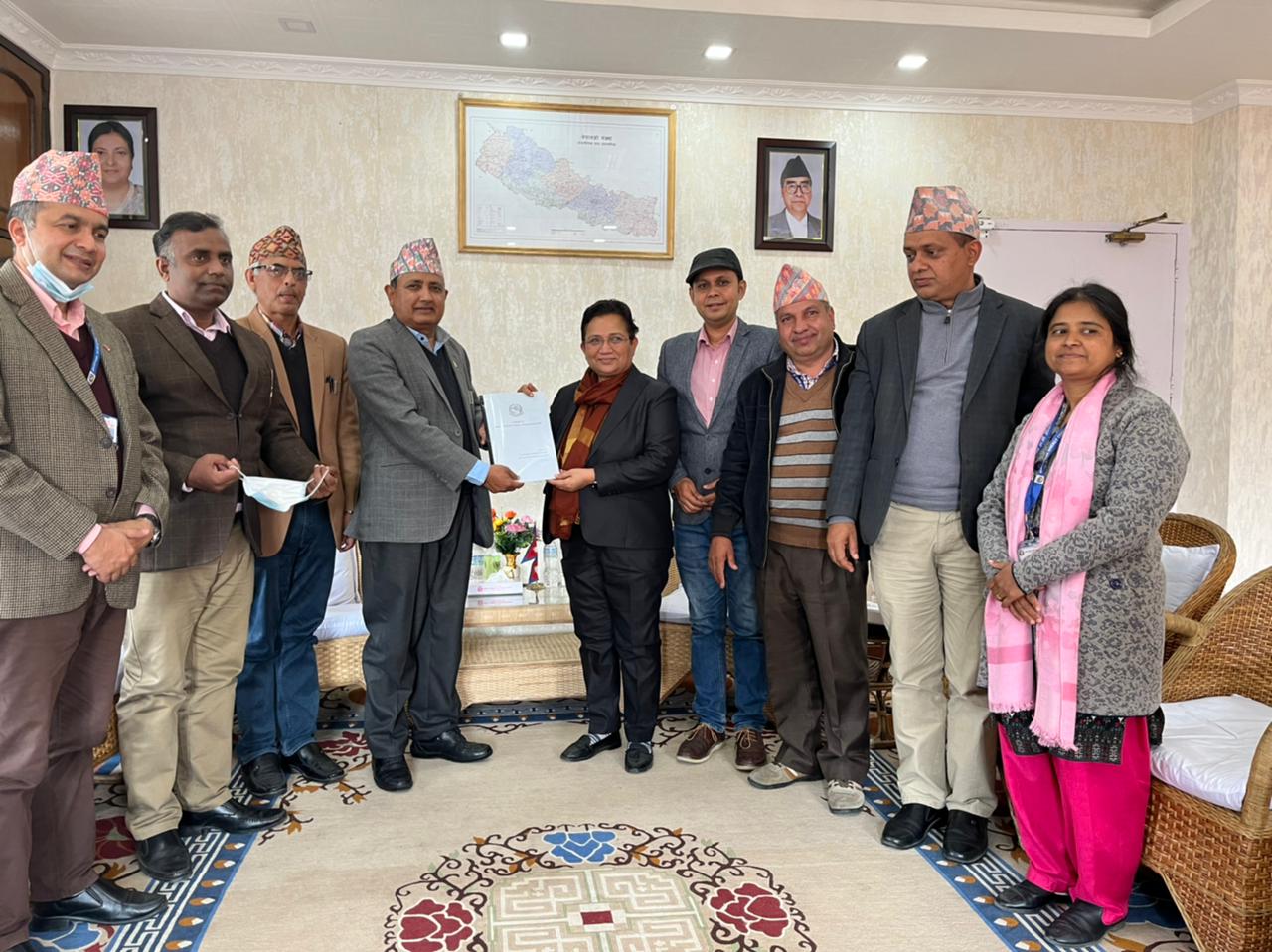 KATHMANDU, Feb 18: The committee formed to study the issue of balancing the demand and supply of electricity by producing hydrogen energy using electric energy submitted its report to Minister for Energy, Water Resources and Irrigation, Pampha Bhusal on Friday.

Secretary of the Water and Energy Commission Secretariat, Dinesh Kumar Ghimire submitted the report to Minister Bhusal. In the report submitted today, it has been suggested that Nepal should move ahead by preparing a legal framework for green hydrogen regulation.

The report states, "We must first formulate specific policies, strategies and roadmaps, make the necessary changes to the existing relevant laws, and create a framework for special laws on hydrogen." Similarly, it has been suggested to make a roadmap with short-term, medium-term and long-term plans to produce green hydrogen in Nepal.

The ministry had formed a seven-member study committee on 17 November, 2021 under the leadership of the joint secretary of the secretariat of the Water and Energy Commission Secretariat  to produce green hydrogen from hydropower as a source of renewable energy.

The members of the study committee were Joint Secretary for Energy of the Ministry, Deputy Director General of Department of Electricity Development, Deputy Executive Director of Alternative Energy Promotion Center, Energy Specialist of Tribhuvan University and Kathmandu University and Chief Divisional Engineer of Water and Energy Commission.

KATHMANDU, April 18: The Ministry of Energy, Water Resources and Irrigation has planned to start the construction of Budhi Gandaki Hydropower... Read More...