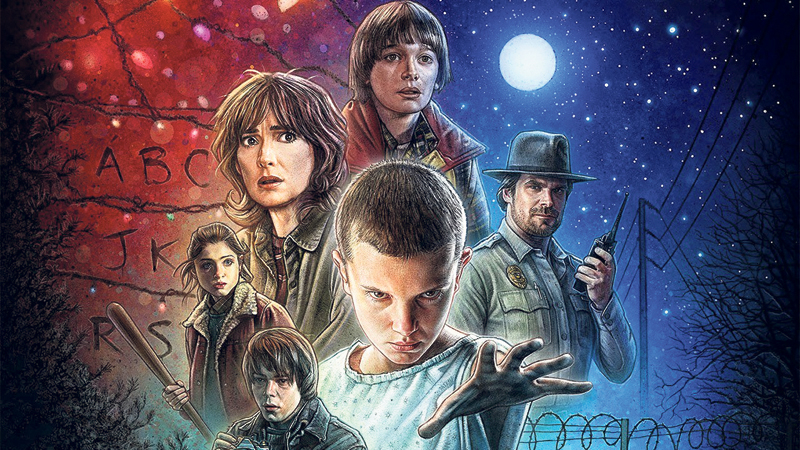 Netflix’s new mini-series ‘Stranger Things’ is getting rave reviews from fans and critics.

Set in the 1980s, the story centers on the disappearance of a 12-year-old boy named Will Byers.

The series unfolds in eight episodes and follows multiple plots intersecting cleverly at the end. At one end, Will’s restless mother teams up with the local serif to find her son.

Will’s three best friends, at the other end, meet a mysterious girl with psychic abilities who could be the only person to lead them to their friend.

While Will’s brother Jonathan is in a separate trail with his friend Nancy to uncover the presence of a paranormal creature that had something to do with Will’s vanishing.

Created by the Duffer Brothers (Matt and Ross), ‘Stranger Things’ has a distinct feel of the 80s horror flicks like ‘The Goonies’ and ‘Poltergeist’. They use synthesizer scores, popularized by horror master John Carpenter who they pay homage in many scenes, to lure us into a sleepy town where nothing happens.

But as the backs are turned, one simple event spirals out chain of events that turns the whole town upside down.

‘Stranger Things’ is more than a horror story. It is a cross of police procedural, buddy comedy and a mystery thriller. Let the binge watch begin!