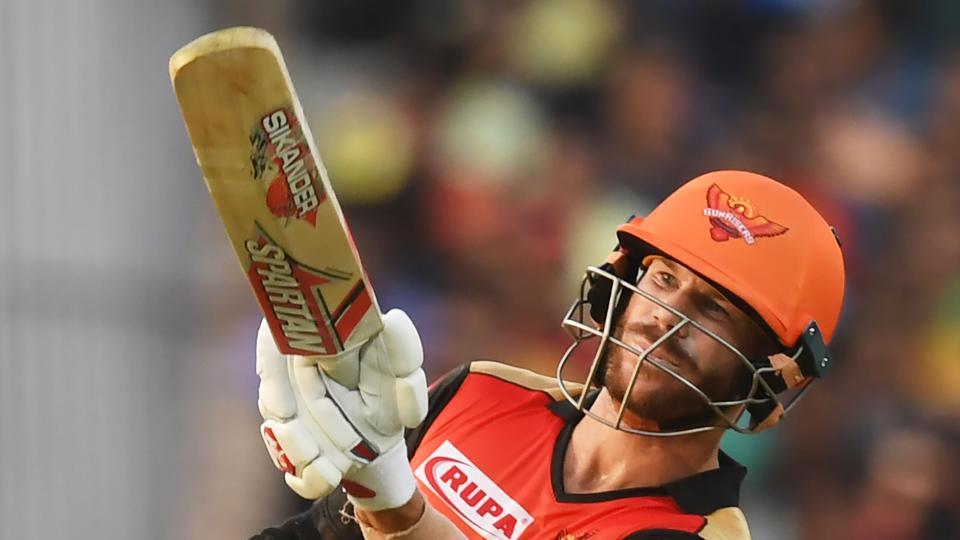 MUMBAI, March 30: David Warner celebrated the end of his year-long ban from international cricket with a match-winning inning of 69 on Friday, helping his Indian Premier League franchise Sunrisers Hyderabad overhaul a steep target against the Rajasthan Royals.

Former Australia captain Steve Smith and his deputy Warner were slapped with 12-month suspensions from international cricket last year for their involvement in the ball-tampering scandal in the Cape Town test against South Africa.

Two months out from the World Cup in England, Warner showed he had lost none of his marauding form at the top of the order by smashing 85 in 53 balls in Hyderabad’s opening IPL match against Kolkata Knight Riders last Sunday.

He continued in the same vein against Rajasthan, the day after his international ban ended, scoring 69 off 37 deliveries as his team chased down their opponents 198-2, built on Sanju Samson’s unbeaten knock of 102.

Hyderabad needed a fast start to their innings and Warner, who missed the 2018 IPL because of the ban, obliged with a half-century off 26 deliveries.

“We got off to a good start and kept (going) on with that adrenaline,” Warner said after the match. “As a batsman when your adrenaline is running you are in a mood.”

Warner’s form is timely as he attempts to win a place in Aaron Finch’s World Cup squad, four years after being Australia’s second-highest run scorer behind former captain Smith during the team’s run to the title on home soil.

Finch said on Thursday selectors would find it hard to fit everyone in to the 15-man squad, with his current one-day side resurgent as they dominate Pakistan in the United Arab Emirates.

However, Glenn Maxwell, who struck 98 as Australia completed a six-run win over Pakistan in Dubai on Friday, said he looked forward to Warner and Smith joining the ODI squad.

“He’s on fire over there and it’s good to see, looking forward to them joining up with us,” said Maxwell after Australia took a 4-0 lead in the five-match series.

“They’re certainly going to get plenty of cricket over there in the IPL.”

Left-hander Warner hit nine fours, three of them in England all-rounder Ben Stokes’ first over, and two sixes in his knock and by the time he fell to Stokes, his team had already rocketed to 110 in less than 10 overs.

“When a player like David Warner bats like that, there’s very less margin as a bowler,” Rajasthan captain Ajinkya Rahane said.

“I don’t think the bowlers did anything wrong, their batsmen did very well. They didn’t lose any momentum throughout when they were batting.”

Smith did not have an opportunity to bat as his side promoted Stokes ahead of him at number four.

JUMLA, May 7: With the aim of reducing environmental and health hazards, Chandannath Municipality in Jumla district has banned the... Read More...

KATHMANDU, Dec 30: The 12th round matches under the ongoing Martyrs' Memorial ' A' division league are taking place from... Read More...

Vaccination of all Nepalis a priority: PM
20 hours ago

What is a COVID-19 vaccine ‘breakthrough’ case?
21 hours ago

Vaccination of all Nepalis a priority: PM
20 hours ago

What is a COVID-19 vaccine ‘breakthrough’ case?
21 hours ago