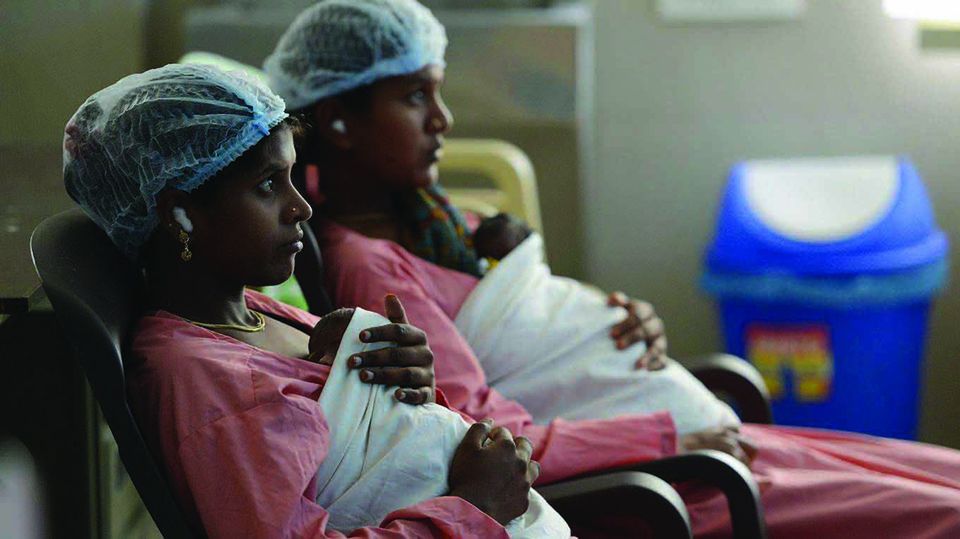 Under Trump, US has withdrawn funding from UNFPA, the agency that provides reproductive health-care and family-planning services

WASHINGTON, DC – In December 2014, the cover of Time magazine’s “Person of the Year” issue featured Salome Karwah, a nursing assistant who not only survived the Ebola epidemic in her native Liberia that year but also helped waves of patients arriving at her Ebola ward. Karwah was a hero who met a tragic end. One year ago, she died from complications in childbirth, a killer that every month takes twice as many lives as the entire Ebola epidemic.

Childbirth has been dangerous for women and newborns throughout human history. In the nineteenth century, as many as one in 100 pregnancies in Europe ended with the death of the mother. In 1847, Hungarian obstetrician Ignaz Semmelweis demonstrated that he could greatly reduce maternal deaths in his clinic simply by having doctors sterilize their hands. Yet his findings were largely ignored until Louis Pasteur popularized the germ theory of disease over a decade later.

In many countries, including Liberia, maternal mortality rates are still as high today as they were in Europe during the Victorian era. Though the maternal death rate has declined globally by nearly half since 1990, an estimated 830 women still die from pregnancy-related causes every day. The vast majority of these deaths are due to preventable complications such as bleeding and infection. According to the World Health Organization, many mothers’ lives could be saved simply by injecting oxytocin to stop bleeding, using sterile delivery tools, and delaying pregnancy until adulthood.

To be sure, complex issues like poverty, gender discrimination, and poor infrastructure also contribute to maternal mortality. But these problems are not intractable. Many countries have significantly improved maternal health, and they offer innovative models for others to follow. In Bangladesh, telemedicine is being used to deliver health services to remote populations. In Peru, maternity houses provide pregnant women with room and board near a hospital. And in China and Vietnam, policies to boost female labor-force participation help women earn enough money to afford adequate health care.

Many of these success stories were made possible through international development aid for maternal health, which increased steadily from 2010 to 2015. The United States has a proud, bipartisan history of leading such efforts. George W. Bush’s administration committed more than $16 billion to the President’s Emergency Plan for AIDS Relief (PEPFAR) and the President’s Malaria Initiative. And Barack Obama’s administration expanded US commitments to fighting AIDS and malaria globally. When the West African Ebola epidemic spun out of control in 2014, the US led the world in marshaling financial and human resources to confront the crisis.

Under President Donald Trump, however, the US has reversed course. For starters, it has withdrawn funding from the United Nations Population Fund (UNFPA), the UN agency that provides reproductive health-care and family-planning services for refugees and other women affected by humanitarian crises.

Moreover, the Trump administration has expanded the “Mexico City Policy,” also known as the “global gag rule,” which forbids organizations that receive US funding from providing information or referrals for abortion, even in countries where abortion is legal. Under previous Republican administrations, this rule was attached only to the $600 million or so that had been earmarked for family planning. But in its current incarnation, the rule applies to all organizations that receive any type of US global health funding—a portfolio of $8.8 billion as of last year.

The Trump administration’s draconian approach is particularly dangerous for newborns and mothers. In many parts of the world, the grassroots organizations providing family-planning services, maternal and child health care, HIV/AIDS prevention, and malaria treatment often represent the first and only line of defense for pregnant women at risk of complications.

Sadly, the Trump administration’s disregard for maternal and child health is not limited to its foreign-aid policies. Unlike many other countries, the US has actually experienced an increase in maternal deaths in recent years, and now has the highest rate of maternal mortality among developed countries. Nevertheless, Trump and congressional Republicans have taken steps to bar federal- and state-level funding for Planned Parenthood, an organization that provides vital health-care services to millions of pregnant women and mothers.

To understand the danger this poses to women, consider Texas, which slashed funding to Planned Parenthood in 2011 as part of an ideological campaign against contraception and abortion. Between 2010 and 2015, maternal mortality in the state nearly doubled, and women in Texas are now more likely to die from childbirth than women in Tajikistan. A variety of factors probably contributed to this surge, but reducing the availability of family planning and reproductive-health services clearly made the problem worse.

Just as US leadership once galvanized international support for tackling issues such as HIV/AIDS, the current US approach could give momentum to isolationist and anti-feminist forces around the world. In Poland, for example, the far-right Law and Justice (PiS) government have already tried to ban abortion, even in cases where the mother’s life is in danger. Fortunately, that effort failed. But the Polish parliament also rejected a bill that would have provided funding for emergency contraception, medical care, and sex education—the same types of services Planned Parenthood provides.

Earlier this month, the world celebrated International Women’s Day, and May will bring Mother’s Day in the US and some other countries. In the spirit of the occasion, everyone should consider how much more attention and funding maternal and women’s health would get if women were more equally represented in government.

This is not an abstract issue for us. When men like Trump and his fellow Republicans care more about preventing abortions than about saving women’s lives, women everywhere suffer. Of the women we have lost, there is no telling how many might have had the same potential as Salome Karwah to save hundreds, thousands, or even millions of lives.