War is no option for India and China: Chinese scholars 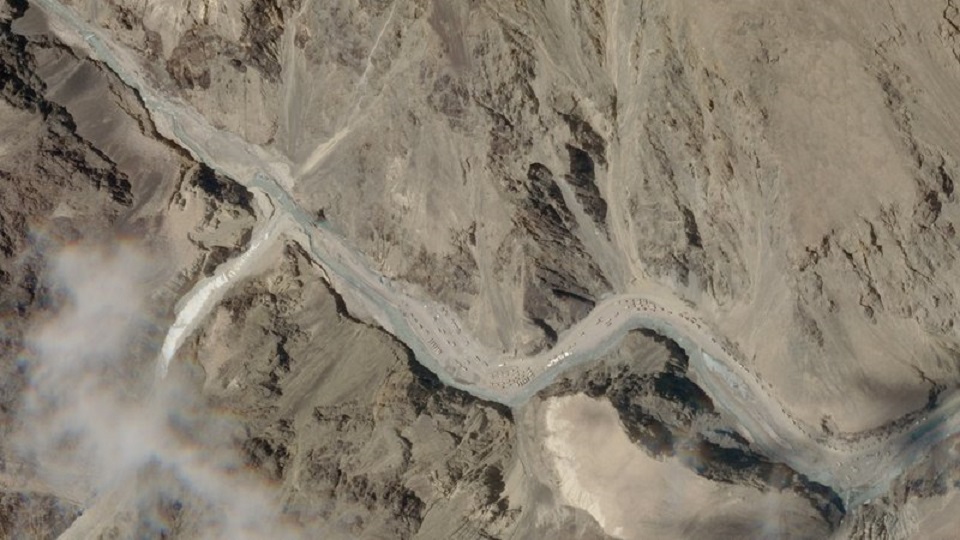 ADDS THE LOCATION DETAILS - This satellite photo provided by Planet Labs shows the Galwan Valley area in the Ladakh region near the Line of Actual Control between India and China Tuesday, June 16, 2020. A clash high in the Himalayas between the world’s two most populated countries claimed the lives of 20 Indian soldiers in a border region that the two nuclear armed neighbors have disputed for decades, Indian officials said Tuesday. (Planet Labs via AP)

KATHMANDU, June 28: Amid souring relations between China and India following a recent military scuffle in Ladakh, a Chinese scholar has said that the two Asian neighbors should not be resorting to war but work for stability in the entire Himalayas.

Professor Huang Yunsong, the Associate Dean at the China Center for South Asian Studies in Sichuan University, made the remarks at a webinar hosted by the Department of International Relations and Diplomacy (DIRD) under Tribhuvan University (TU) on Saturday.

"The two militaries had a scuffle in Ladakh recently. In fact, it was an unexpected tragedy. China and India are the two Asian neighbors and the world's rising economies. War is not an option for them," he said.

He said that China is optimistic about China-South Asia cooperation in the days to come. "A stable relation between China and India will contribute to the stability of the entire region," he said.

Although India is not happy with China's growing engagement with South Asian countries like Pakistan, Nepal and Sri Lanka, Huang said, these countries will obviously keep maintaining a balanced relationship with China to maximize their economic and security interests.

"We have seen that India always tries its best to minimize China's influence in South Asia including Nepal and Sri Lanka. There is also the Indian perception that China's leverage in Pakistan is against India. Out of these anxieties, India has started countering China through land and maritime connectivity projects," he observed.

Similarly, on a question related to Nepal's ongoing debate on the ratification of the US Millennium Challenge Corporation (MCC), the Chinese scholar said that it is up to Nepali policy makers to think about the country's national interests while accepting assistance from the United States.

"China's Belt and Road Initiative and US' MCC both are related to infrastructure and confront each other. Hence, Nepal should decide which serves its best interests. We hope the United States will not ask Nepal to choose one," he said.

During the webinar, Professor Dai Yonghong from Shenzhen University of China spoke on the relationship between China and South Asia with special reference to Nepal and India. "Recently, there was a scuffle between the militaries of India and China in Ladakh. It was unfortunate.  These two countries are two civilizations and they have strong economic cooperation. We believe that the Indian side will understand its growing trade partnership with China and demonstrate willingness to minimize disputes," he said.

Professor Dai said that there is a great scope of trilateral cooperation between China, Nepal and India for the benefit of the entire South Asia region.

"We believe that India will follow the consensus reached between the leaders during Wuhan and Chennai Summits. But there are huge anti-Chinese sentiments among Indian politicians that does not help to flourish our relationship," he said.

He also said that China and India should sit together to resolve disputes through peaceful means. "We can change friends but not neighbors," he said.

The webinar was moderated by Khadga KC, the head of Department of International Relations and Diplomacy, TU.

BEIJING/NEW DELHI, Sept 11: China and India said on Friday they had agreed to de-escalate renewed tensions on their contested... Read More...