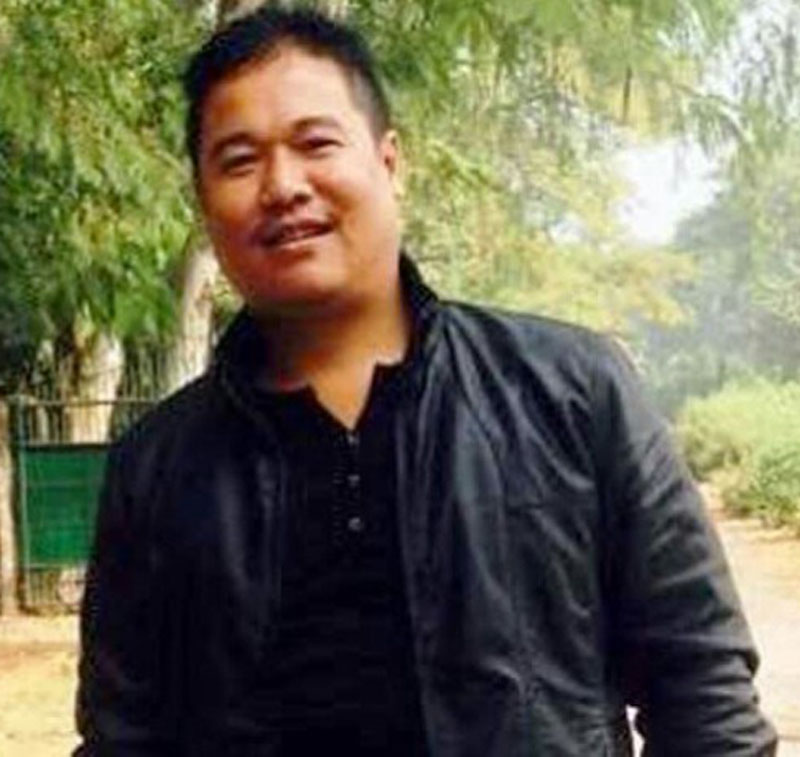 BUTWAL, Feb 22: Wanted criminal Manoj Pun, who gained notoriety through his involvement in multiple high-profile murders and extortions, has been killed in an encounter with police early on Wednesday morning, police claimed. His aide and fellow gangster Som Ale was also killed in an exchange of fire that took place at Bhawanipur, Devdaha Municipality-4 of Rupandehi, according to police.

"We were tipped off that Pun and Ale were staying in Rupandehi since the past few days. We then increased our surveillance to arrest them," said Superintendent of Police (SP) Shyam Gyawali, chief of District Police Office (DPO), Rupandehi.

The two criminals allegedly fired shots at a police team, which was following them, at around 7:30 am. Police personnel returned fire leaving the two seriously wounded. While Pun received 12 bullets, Ale received 10 bullets. The two were then taken to the Lumbini Zonal Hospital for treatment where they died shortly afterward, according to police.

Police from both Nepal and neighboring India had been working to nab the two. It is said that the two fled their previous hiding place in Goa after Indian police intensified the search. They had arrived in Rupandehi a few days ago considering it to be safer, according to SP Gyawali.

About 12 years ago, he was involved in robbing the Butwal-based Prabhu Money Transfer. In that heist, he had also killed a person, who attempted to stop the robbery. Ale was arrested and spent a few years behind bars. He reportedly came in contact with Pun a few years ago and started working as Pun's main aide.

Earlier, police had already arrested 10 persons on the charge of their involvement in YAN Chairman Tiwari's murder. With the deaths of Pun and Ale, police said the investigation into Tiwari's murder has ended.

Pun caught police's eye long time back when he was involved in petty thuggery. Over time, he stepped up his criminal activities including extortions.

JAKARTA, Indonesia, Oct 26:  Indonesian police say as many as 23 people were killed and more than 40 others have been... Read More...

DOLAKAHA, May 14: One person is killed when the police opened the fire at the Pabati polling center of Melung... Read More...