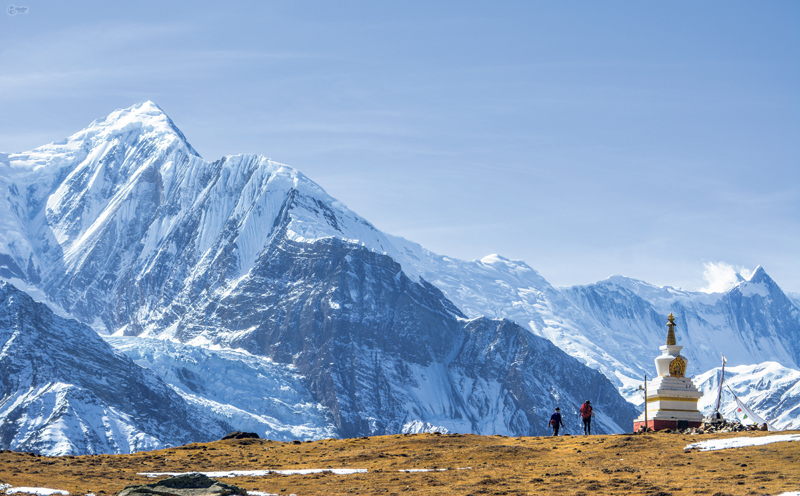 The best 10 days of my traveling life

It had only been a few weeks since I got back from the Mardi Base Camp trail. The phone rang and a voice on the other side said, “Bhai, Annapurna round circuit gardim na ta daju bhai.” When one travel enthusiast says to another, “Let’s hit the Annapurna Round Circuit trail,” you just don’t say no. With the buzzing of world’s highest crossable pass “Thorong la”, Tilicho lake, and the whole of the Annapurna Range to walk through, my soul craved for adventure and my heart was already up there in the mountains.

We packed our bags and with our hearts aching to roam in the mountain’s high, we got ready to roll. The first stop of the trail was at Besisahar. We celebrated the reunion of our two brother’s 16 years of friendship – in other words, indulged in a local drink. We experienced several colorful moments, making our stay much more interesting. It was a great way to start what was to become a wonderful 10-day-journey.

I loved every bit of Besisahar but with nerve wrecking off trail road waiting, we didn’t get to explore the place as much as we had hoped to. It was already time to leave for the mountains. Riding through the tunnel for the first time in my life, we left Besisahar for Chame. You need guts to drive along those off roads. Maybe that’s the reason most of the jeep drivers were young and carefree. Ours was 19. If any sort of accident were to happen, I don’t think they would find either parts of the vehicle or remains of the passengers. With Marsyangdi flowing by our side thousands of meters below us, people were overjoyed. Abrupt encounters with some alluring waterfalls, chanting bluish river, and the mountains playing “peek-a-boo” with us, the ride was filled with adventure in every turn.

Having a chat with locals, sharing jokes, and gaping at the mountains, I don’t know how time flew during that jeep ride. The jeep ride that started at 10 am from the humid Beshisahar, ended at 6 pm in Chame.

The mountains were already shining with moonlight when we reached Chame, the district headquarter of Manang. We began to notice the exhaustion our bodies felt due to the bumpy ride only after we reached our destination. Soon after, we indulged in some warm food and went off to sleep.

Waking up to the sound of the gushing waves from the Marsyangdi River, tiredness from the ride day before was long gone. We explored Chame for a while, and even had Jeri Puri up there, which was unexpected. After wandering around for some time, we left Chame. Enjoying the cool breeze and the sparkling sunshine, we were ready to take on the whole Annapurna round circuit ahead of us.

The landscapes, lifestyle, and culture were gradually changing as we progressed through our trail. Sometimes travel is not only about the landscape or trails, it’s about the people you meet along the way and the conversations you have. I love apples and eat them on a regular basis but never had I actually come across any apple trees. That day I finally saw not only one but thousands of apple trees in an apple farm between Chame and Pisang. Another food item that we didn’t expect to come across was Samosas. Surprisingly, it was available at every teashop along the way. Walking through evergreen pine forests, we reached Pisang as the sun was about to set.

The alarm went off at 4:30 am. We got up feeling groggy and tired, every muscle in our bodies aching... Read More...

Wanderlust in Annapurna : And the journey continues

After a trip to the Ice Lake, we headed back to our hotels. We had decided to rest for a... Read More...

Every time we thought we had reached a mountain top and we would finally get to see that lake, we... Read More...