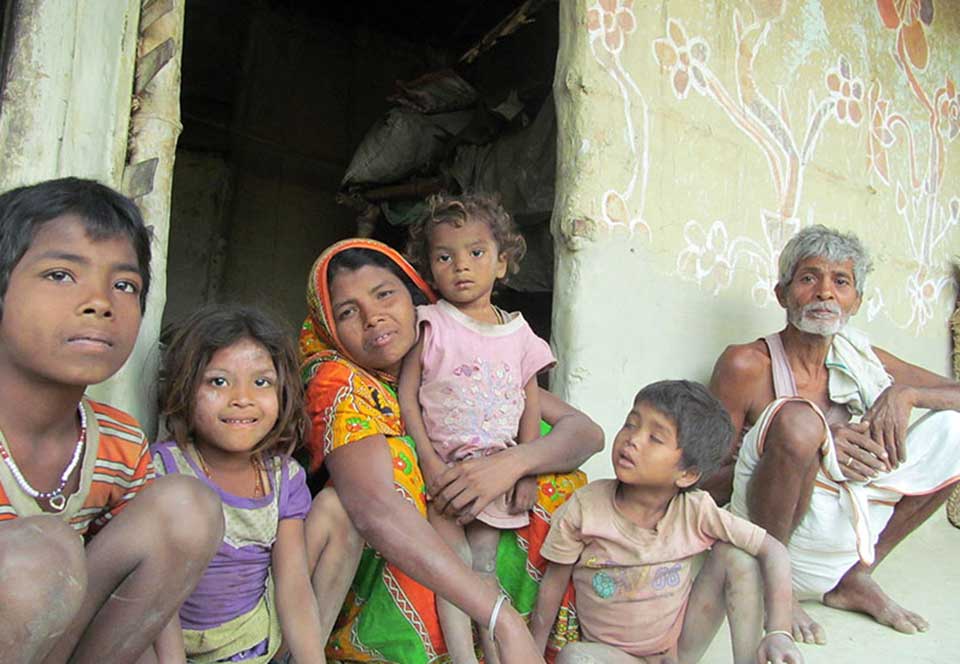 The living condition of people in Madhes is no different to how it was some 50
years back. The same straw and mud dwellings and dirt roads pervade the region

My month-long trip to Nepal starting in mid-November wasn’t intended to get an economic update of the country. Rather, the trip was to settle some personal business and to observe election that had been scheduled for December 7, 2017—the second and final phase of general election that has elected representatives for provincial assemblies and national parliament for five years.

During the short period, Nepal has experimented with electoral democracy. The process of election has become robust, with electorates of all types and of all walks of life seeing it as the only way to provide legitimacy to government in power. This means that despite the country witnessing numerous types of authoritarian and dictatorial regimes, democracy seems so firmly rooted in its political culture that no individual person or a group can override and seek legitimacy otherwise.

While the deepening of democratic roots was clearly visible wherever I went—which covered some 300 towns and villages in five heavily populated central Madhesh districts—seeing economic plight of the people along the way was catastrophic.

Most visible part of difficult living in villages was the roads and streets that were all dirt-filled which posed a mortal danger to people living there. This risk has multiplied over the past decade with the rise in vehicular traffic, mostly buses, each of them throwing mounds of dirt into the air turning large swaths of land covered in dust clouds.

This cycle repeats everyday which means that residents have to breathe dusty air almost all the time against which they can’t protect themselves.  We hear so much about unhealthy air pollution levels in Beijing and New Delhi but in Madhesh dust pollution level may be ten times higher.

The severity of dust pollution leads to chronic diseases like asthma and bronchitis that affect an entire rural population. There is no escape from the dust-related diseases that are almost untreatable because of constant exposure to dust particles in an open environment in which most people live and work in unprotected dwellings.

Lack of economic opportunities has
pushed able-bodied and educated
men and women to foreign
employment.

The other key ingredient of rural living—clean drinking water—remains inaccessible to most people and almost unavailable to rural population. They have access to village wells and hand pumps dug into the ground at a level that supply them water with a large content of fine dust particles and arsenic content of which the rural population isn’t aware. Even if they are, there is little they can do to access a clean water source. Because of rising population and practice of open defecation, water underground gets increasingly laden with unhygienic content like fecal coliform which increases the risk of digestive diseases that remain pervasive in rural areas.

Besides these basic and largely unavoidable problems of rural living, what was obvious from traveling through these villages was that their basic living is no different now than 30, 40, or 50 years ago: the same straw and mud dwellings, dirt roads and alleys, sickly-looking animals tied to their post outside of dwellings, piles of dried animal dung villagers use for fuel, pools of black sewage water sitting around drinking waters wells and similar other features of village life unfit for healthy life.

Outside of villages, dilapidated school buildings, filthy and sewage-filled village ponds, tennis court size paddy fields, un-irrigated tracts of land, bullock ploughs and bullock carts and a basically idled population occupied in subsistence pursuits paint a grim picture of life. What I found particularly disheartening is that after over half a century of government efforts to improve living conditions and modernize the village economy, nothing has changed on the ground.

A large part of the country still looks as medieval as it has ever been, with political and government machinery in place having no incentive to devise channels of communication with village population. Looking at the level of disconnect of government operatives with general public, it can be said that government infrastructure adds no value to public wellbeing and, in a way, public officials live off the hard work people do at farms and in factories.

The theme that much of the country remains as poor as it has ever been is supported by a total absence of new technology in key sectors of the economy such agriculture, manufacturing, transport and construction. Agriculture remains as primitive as it has been for generations.  There are factories and business enterprises that generate cash-paying jobs. Construction and transport works are largely subsistence-based. Health and education services are of the poorest quality anywhere.

Lack of economic opportunities in villages has pushed able-bodied and educated men and women to foreign employment. That is now is the main source of cash income for most families. Worker remittances now comprise a third of the economy and provide sustenance to much of the population that has no access to other sources of cash income.

Looking at such a gloom and doom scenario, the larger question that arises is truly haunting: If the government and its apparatchiks aren’t attending to public needs and adding value to public living, why do we need the parliament, the courts,  bureaucrats, police and army, diplomatic missions and all sorts of institutions funded from public money? Some of government hand-outs are paid for out of foreign largesse but most of it comes from onerous tax burden borne by general public.

Talking about tax burden, altogether about a third of all incomes earned by people accrues to government of which very little is returned to people in terms of basic facilities like roads, electricity, drinking water, sanitation, health and education services that remain as undeveloped and of low quality as at the beginning of time.

Persistence of poverty and poor living in parts of the country I visited is also supported from statistical facts that underlay economic hardships of the population. For example, income data used in cross-country comparison of economic situation show Nepal’s per capita income at US$730, compared to US$100 fifty years ago. During the same fifty-year period US price index increased more than seven times which largely offsets nominal income growth, leaving per capita income in real terms unchanged over this long period.

More truthfully, government serves itself and its infrastructure with resources collected from general public. Nepal’s predicament of a burgeoning government infrastructure hosting an economy that has experienced no modernizing and no growth over a long period of time proves a singular case of government incompetency and abuses.

This is rarely observed elsewhere in the world. What is more surprising is that foreign governments and aid agencies have kept the country on their good books without questioning its permanent economic stagnation.

KATHMANDU, Dec 12: In a significant move, the Judicial Council (JC) which is the authorized body to appoint judges is... Read More...

Expressing the city through art

Kathmandu, March 31: Kathmandu Triennale (KT) 2017, a rebranded iteration of Kathmandu International Art Festival that was held in 2009 and... Read More...

Woman sentenced for trying to frame ex through Facebook

SANTA ANA, Calif, Dec1: A woman who created a phony Facebook profile of her ex-boyfriend in order to frame the... Read More...