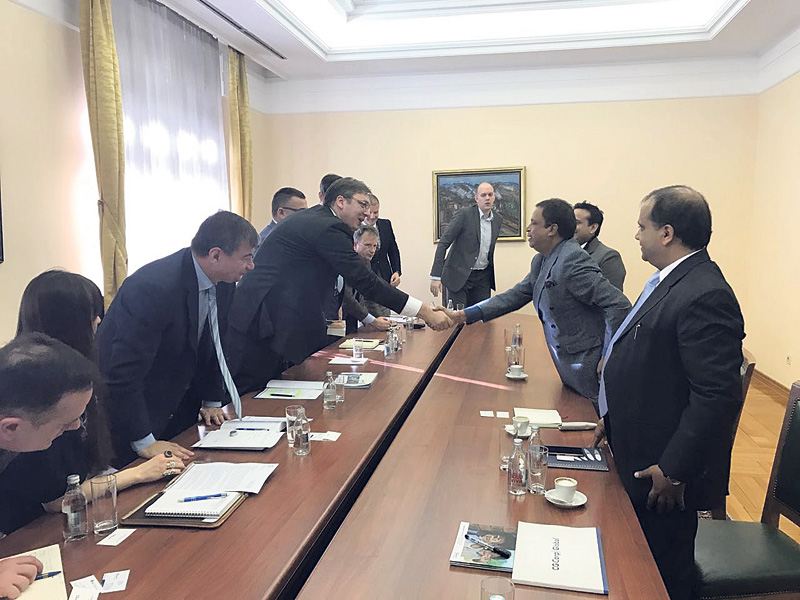 KATHMANDU, Dec 31: Chaudhary Group (CG) says it has been preparing to manufacture and distribute its flagship noodles brand -- Wai Wai -- in Europe.

Issuing a statement, the group said it has started setting up a plant in Ruma, Serbia.

“Preparations have reached the final stages,” CG said. It added that a delegation from CG, led by its chairman Binod Chaudhary, had met with Serbian Prime Minister Aleksandar Vucic, the country’s ministers for energy, tourism and agriculture, and Sladjan Mancic, the president of the municipality of Ruma.

CG said Vucic had thanked Chaudhary for his company’s investment in Serbia.

Kathmandu-based CG said it plans to employ more than 1,200 individuals in its Serbian unit.

“This is a step forward to take Nepali enterprises to the international arena,” Binod Chaudhary said after meeting with the Serbian PM, according to the CG statement.

The group estimates that once the plant starts production, it will be able to supply Wai Wai to consumers in 30 nations.