Voting begins with excitement in 45 districts 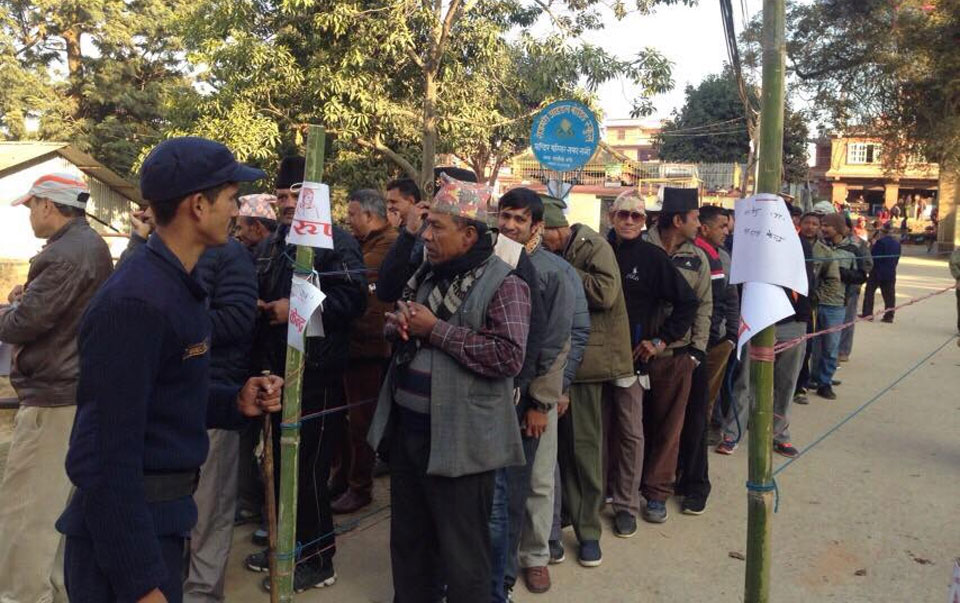 KATHMANDU, Dec 7: Voting for the second phase of House of Representatives and Provincial Assembly elections has commenced with excitement in 45 districts.

According to our reporters in the different districts people have already lined up in the polling centers to cast their votes early.

Voters armed with their identity cards started streaming into polling stations from early in the morning as the country started voting at 7 am.

They are seen queuing up with visible eagerness to elect their representatives.Polling officers have been told to manage special arrangements for physically disabled people, senior citizens, pregnant women, nursing mothers and sick people.

Altogether 1,663 candidates are contesting for parliament and 2,819 candidates for the provincial assemblies under  the First-Past-The-Post system. Likewise, 5,848 contenders are in the fray for 110 seats in parliament and 220 seats in provincial assemblies under the PR category. More than 12.2 million voters can exercise the ballot in the second phase.

Other than security personnel, more than 155,000 poll officials have been deputed for managing the elections today.

ROLPA, July 10: Forty eight districts in the country have been declared as the districts where full immunisation is guaranteed. ... Read More...

Voting in Siraha with excitement (Photos and video)

SIRAHA, Dec 7: Voting for the second phase elections to the House of Representatives and Provincial Assembly commence from early... Read More...