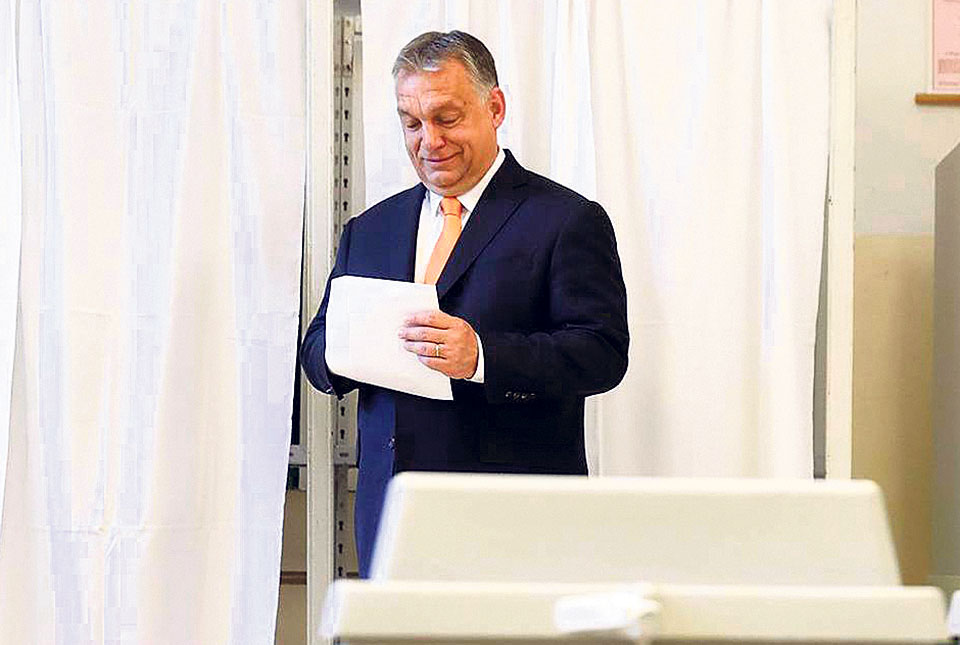 Electoral discrimination may be coming to Europe, with several European Union member states exploring ways to block or discourage key constituents from voting

ROME – Voter suppression first emerged in the United States between 1885 and 1908, when 11 southern states enacted laws designed to discourage or hinder former slaves and their descendants from voting. Since then, similar strategies have been tried in Canada, Australia, and Israel. And now, electoral discrimination may be coming to Europe, with several European Union member states exploring ways to block or discourage key constituents from voting.

Officially, there are around 17 million EU citizens living and working in another EU country (the actual tally of intra-European migrants is surely higher). Most of these intra-EU migrants are younger and more educated than the European average, and hail from economically weaker countries that are more prone to populist jingoism. In fact, many have emigrated precisely because they have more pro-EU, cosmopolitan leanings. Nonetheless, their voices are rarely heard.

That is no accident. Voting patterns in Italy, Hungary, Poland, and Greece show the extent to which EU expatriates’ political rights have been eroded. Illiberal ruling parties know that these diaspora groups could hurt them electorally, and avoid encouraging, or have taken steps actively to discourage, their political participation.

Consider Hungary, where Prime Minister Viktor Orbán has made voting more cumbersome for the Hungarian migrants in Western Europe who are more likely to oppose his Fidesz party, but easier for Fidesz-leaning Hungarians elsewhere. After Fidesz came to power in 2010, Romanian- and Serbian-born ethnic Hungarians—many of whom have never resided in Hungary—were granted citizenship and suffrage, whereas so-called Western Hungarians have been barred from voting by mail, and must instead go to an embassy or consulate. Hungary’s expats account for over four percent of its electorate, but fewer than 15 percent of them voted in the last general election.

The simple reason is that there were too few available voting stations. Orbán’s government provides just four in Germany, three in the United Kingdom, two each in Italy and France, and just one in Ireland, where there are 9,000 Hungarian citizens. Many potential expat voters cannot or will not travel hundreds of miles and wait in line for hours to cast a ballot. As Róbert László of the Political Capital Institute in Budapest observes, “Given the [Orbán] government’s stubborn resolve in keeping the voting discrimination between different groups of nationals abroad, we can assume decision-makers are aware that making voting procedures easier for migrants in Western Europe would be beneficial to the opposition.”

This assessment seems accurate. In the 2019 European Parliament election, Momentum, a pro-European centrist movement, accounted for 9.9 percent of the Hungarian national tally but 29 percent of the diaspora vote. Likewise, Fidesz’s result among the diaspora was 11 points below its national count.

The data for Italy reveal similar trends. In last year’s EU election, the pro-EU Democratic Party’s support among Italians living in the UK was almost twice that of Italians living at home. At the same time, the right-wing nationalist League party commanded just 11.6 percent of the vote among Italians in the UK, far below its nationwide tally of 34.3 percent. And a similar pattern is visible among the Italian diaspora in Germany, France, and Spain.

The problem is that few Italians abroad actually vote. In Italy’s 2018 general election, expat voter turnout across the top five host countries was roughly 30 percent, compared to 73 percent for Italian voters generally. And in the EU election, just seven percent of Italy’s 1.6 million eligible expats voted, compared to 54 percent of Italians overall. Hence, if expat turnout had been the same as domestic turnout (assuming the same distribution of votes), the right-wing nationalist parties (the League and Brothers of Italy) still would have received the most votes in aggregate, but their lead over progressive pro-EU parties would have been 1.5 percentage points smaller.

Something similar would have happened in Poland in its October 2019 general election. There, the Euroskeptic ruling party, Law and Justice (PiS), won 43.6 percent of the Sejm, and the pro-EU coalition followed with 27.4 percent. But these shares were inverted among the Polish diaspora, where the pro-EU parties beat out PiS by 38.95 percent to 24.9 percent. But just one in seven eligible Polish expats actually voted. Had expat and domestic turnout been the same (and assuming the same distribution of votes), PiS’s lead would have shrunk by 1.2 percentage points.

These electoral dynamics have become even more visible in Greece, following the exodus of almost a half-million people (five percent of the population) during the country’s prolonged debt crisis. In early 2019, there was a fierce debate over how to ease voting for this “brain-drain generation,” but the then-ruling party, Syriza, ultimately opposed reform. In the event, just 2.9 percent of eligible expat voters turned out for the European Parliament election, and only slightly more participated in the country’s general election in July. Syriza lost, but its electoral calculus had been correct: its support was significantly lower among the diaspora.

To be sure, not all intra-EU migrants are Europhiles; nor do their votes always go missing. Latvians in the London area tend to be more liberal than Latvians living in the British periphery. And in 2014, Romanian expats actually mobilized en masse to hand victory to Klaus Iohannis of the Liberal Party in a presidential election run-off, bucking the trend of low turnout.

But this exception merely proves the rule: as the number of intra-EU migrants grows, expats’ votes will become increasingly important in national and EU-level elections. For illiberal leaders like Orbán, the exodus of more liberal-minded voters has hitherto been seen as a safety valve. Under economist Albert O. Hirschman’s classic model of political engagement, populists would tell us that these voters have opted for “exit” instead of “voice” or “loyalty.”

With awareness of the voter-suppression threat only now taking hold, populists will continue to exploit an outdated system to their advantage. In the meantime, civic associations could do more to help expats register and vote, such as by providing transportation to polling stations and arranging systems for taking turns waiting in line. But in the longer term, EU countries will need to cooperate more in guaranteeing all eligible Europeans the ability to vote. That means not only, say, making public facilities available for voting, but also making it clear that they are taking such steps to uphold democratic principles more generally.

Federico Fubini, an economics journalist and editor-at-large at Corriere della Sera, is the author, most recently, of Per amor proprio
© 2020 Project Syndicate
www.project-syndicate.org

LONDON/BRUSSELS, Sept 6:  Britain will not blink first in Brexit trade negotiations with the European Union and is not scared of... Read More...

EU countries back start of trade negotiations with United States