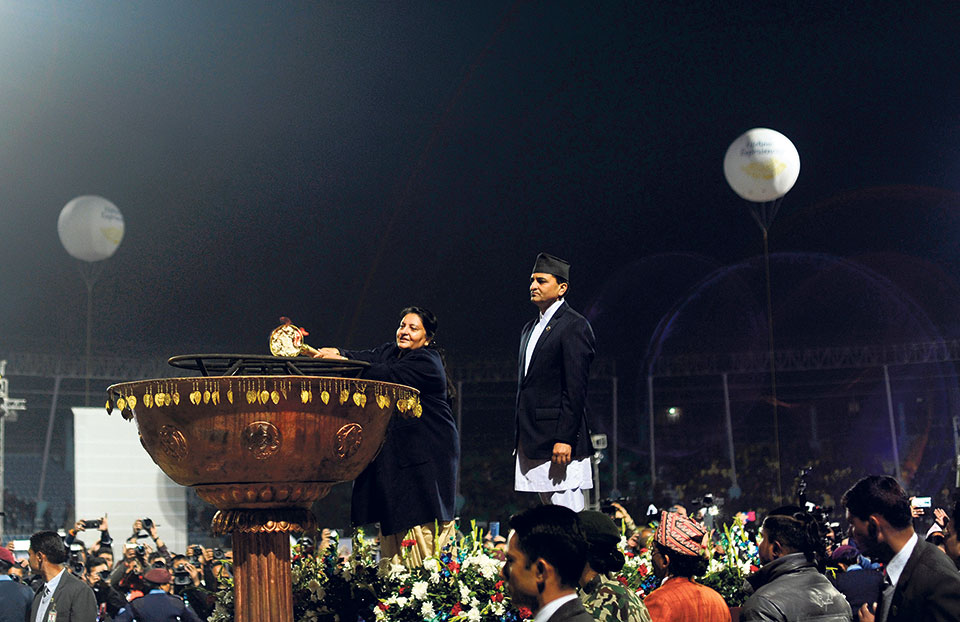 The much-awaited national campaign which aims to welcome two million tourists in a year saw significant participation by the public, government officials and also foreign delegations. Ministers and representatives from countries including India, Jamaica and Myanmar vowed their support and to encourage compatriots to visit Nepal during and after 2020.

At the inaugural ceremony, representative of the Ministry of Culture and Tourism of the People’s Republic of China, Wang Xiaofeng, welcomed Nepal to stage promotional activities in China and said that his country will encourage Chinese citizens to visit Nepal. Similarly, Indian Minister of State for Tourism Prahlad Singh Patel said Nepal has always been an attraction for Indian tourists because the two countries share culture, traditions, languages and cuisine.

“We are here to partner and collaborate with Nepal when you are inviting the world to visit your country,” said Edmund Bartlett, Minister of Tourism, Jamaica, “The best way to support Nepal is by visiting Nepal and tourists from around the world will come to Nepal as the country has said it has a message to give.”

Ohn Maung, Myanmar’s Minister of Hotels and Tourism, said, Myanmar has a huge Buddhist population and Nepal has Lumbini, the birthplace of the Buddha. “When the construction of the Gautam Buddha International Airport is complete, tourists from Myanmar ought to visit Nepal,” he added.

The inaugural ceremony included performances by the Nepal Army, Nepal Police and the Armed Police Force as well as individual Nepali artists. People cheered as ethnic groups and indigenous nationalities clad in their traditional attires marched through the stadium grounds. The cheers got louder when four Nepal Army helicopters passed overhead with the flag of Nepal and the VNY logo.

Addressing the inaugural ceremony, President Bidya Bhandari said, “I believe this campaign which has started in the context of tourism in Nepal will become a mega campaign.” She stressed that the campaign will contribute to the social and financial aspects of the country. “Nepal has the ability to attract each and every kind of tourist into the country as Nepal consists of destinations desired by tourists,” Bhandari said, adding, “Our main objective is to make Nepal prosperous by developing tourism industry.”

Stating connectivity as a vital aspect for tourism, Minister for Culture, Tourism and Civil Aviation, Yogesh Bhattarai said the government has expedited infrastructure development projects. He informed that international airports are under construction and the government has sped up the process of more effective management and upgrading of other internal airports.

“We aim to raise the share of contribution of tourism sector in overall economic growth,” he said, adding, “For this, the ministry has stressed on expansion of tourism infrastructure and services, increasing quality tourism, marketing and branding and human resource development among other things.” 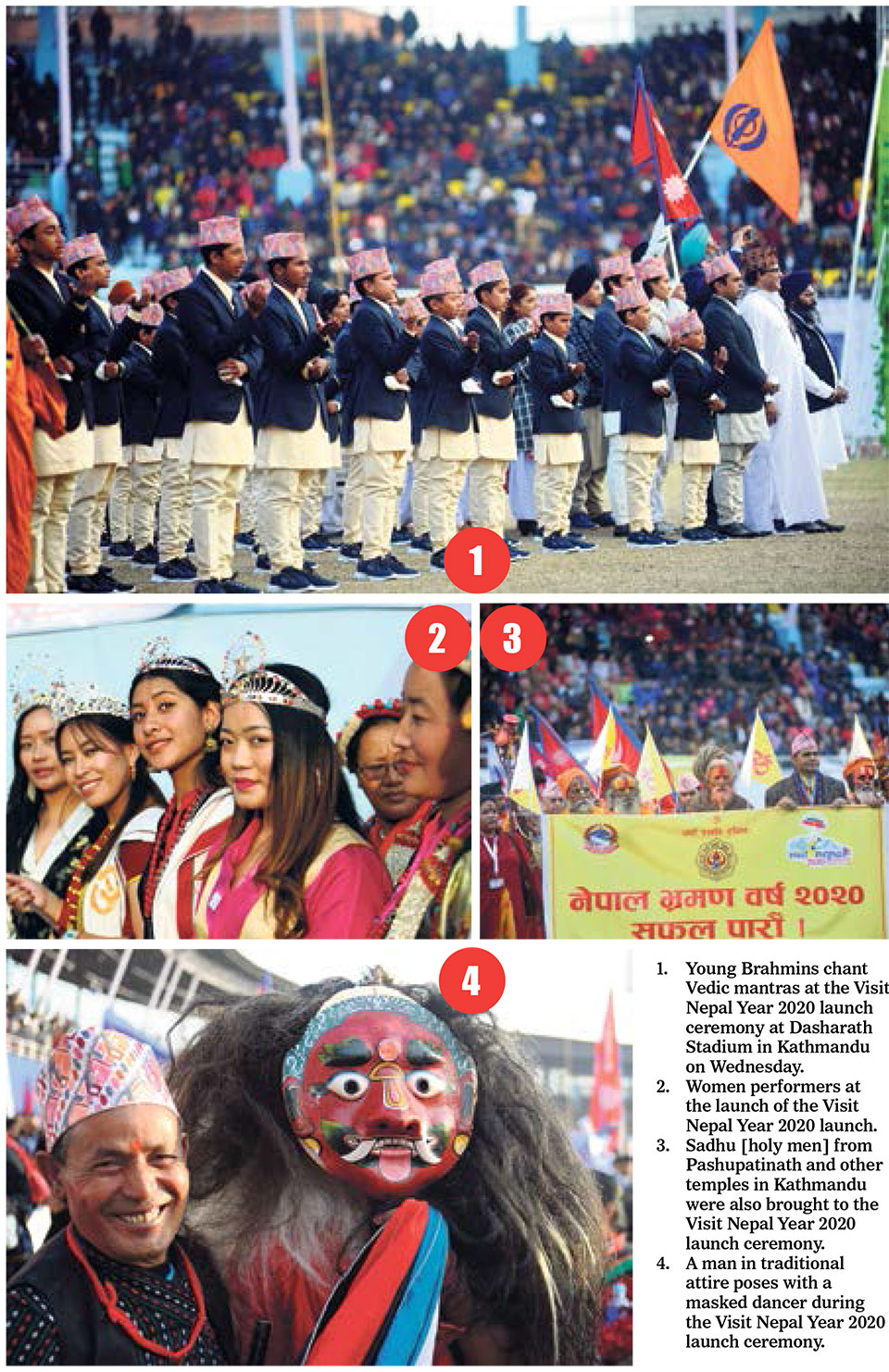 Celebrations across towns and villages as VNY 2020 kicks off

KATHMANDU, Jan 2: Thakurdwara of Bardiya on Wednesday morning witnessed a huge crowd as they gathered to celebrate the commencement... Read More...