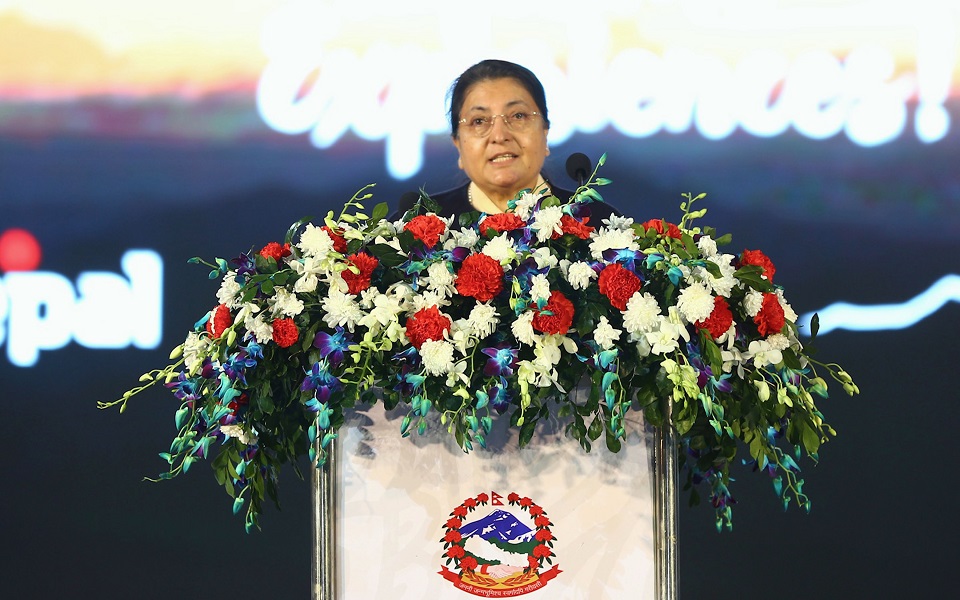 KATHMANDU, Jan 1: The much-awaited and ambitious campaign in Nepal's tourism sector Visit Nepal Year (VNY) 2020 has been formally inaugurated by the President Bidya Devi Bhandari amidst a grand function organized at the Dasharath Stadium, Tripureshwor in the capital on Wednesday. 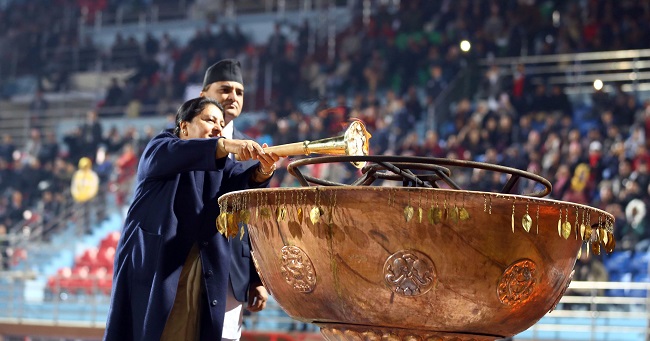 President Bhandari marked the inaugural of the campaign by lighting the lamps and unveiling the mascot of the VNY Yeti. 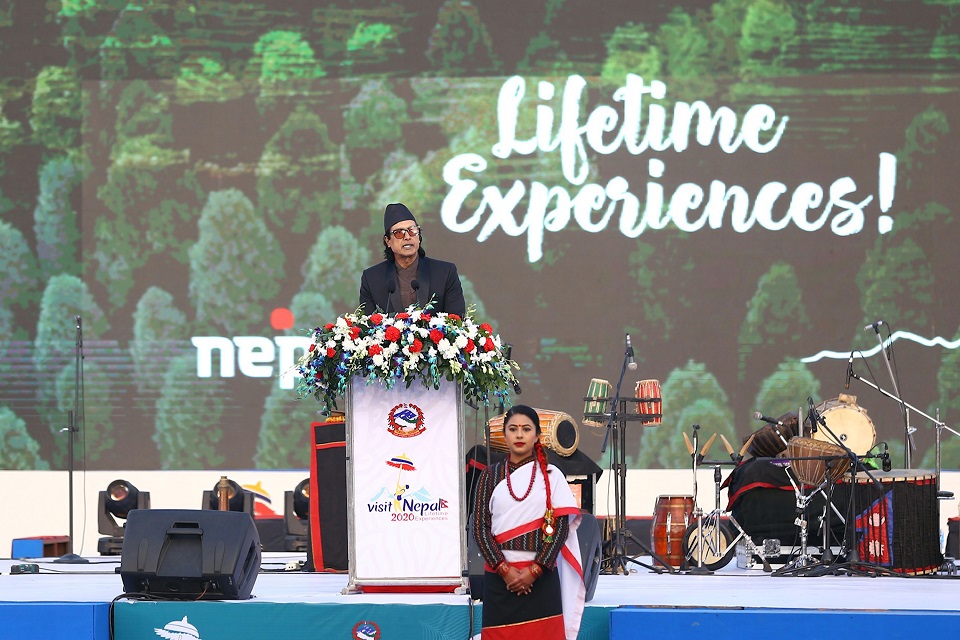 Addressing the opening ceremony, she urged one and all for cooperation and contribution to make this campaign a grand success expressing that such event helps achieve the goal of economic prosperity in the country. She also called for unity among all the countrymen home and abroad. 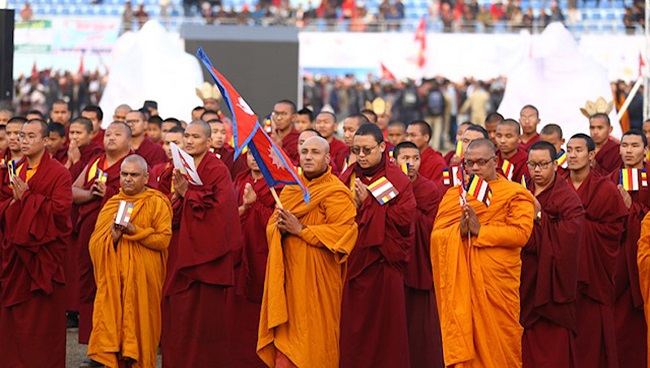 “As we boast cultural and natural diversity, tourists of various interests can be attracted,” said she adding, “I’d like to invite the people throughout the globe to visit Nepal as it is one of the best tourist destinations where we have the Mt. Everest, birthplace of Gautam Budhha Lumbini, Chitwan, Annapurna and many more.” 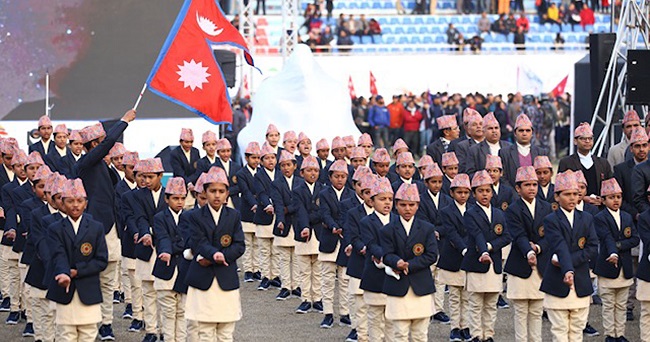 During his welcome speech, Minister for Culture, Tourism and Civil Aviation Yogesh Bhattarai insisted that the VNY is the foundation for ‘Prosperous Nepal, Happy Nepali’. 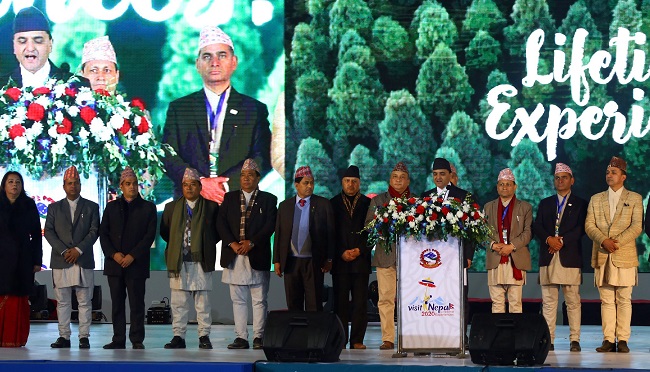 He also welcomed the international community to visit Nepal for it has unmatchable natural beauty. “We have such historical, cultural, religious and natural sites where one can visit at any season, therefore I’d like to cordially welcome the world community to Nepal,” he said. 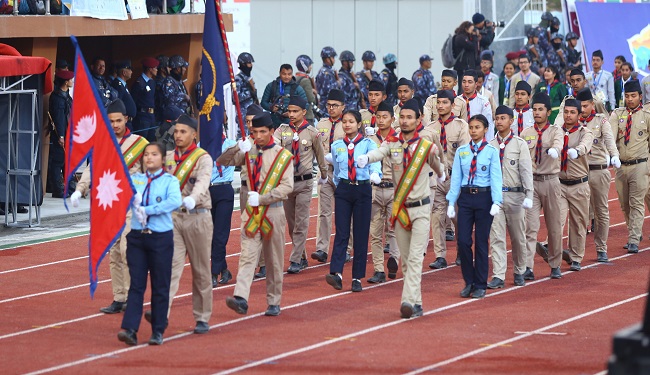 Also present at the function were the Chief Justice, the National Assembly Chairman, former Prime Ministers, political party leaders, heads of constitutional bodies, heads of diplomatic missions, members of parliament and ministers and delegates from various countries including tourism ministers.

The VNY 2020 was also officially inaugurated in all the seven provinces today including in Biratnagar of Province 1, Janakpur in Province 2, Sauraha, Chitwan in Province 3, Pokhara in Gandaki Province, Thakurdwar, Bardia in Province 5, Bulbul lake in Karnali and Dhangadi in Sudur Paschim Province.

Much awaited Visit Nepal 2020, the national event that aims to bring as many as two million tourists to Nepal... Read More...

Nepal listed in must visit destination of 2019

Leadership Development: The Peril of Ignoring the Emotional Domain
16 minutes ago