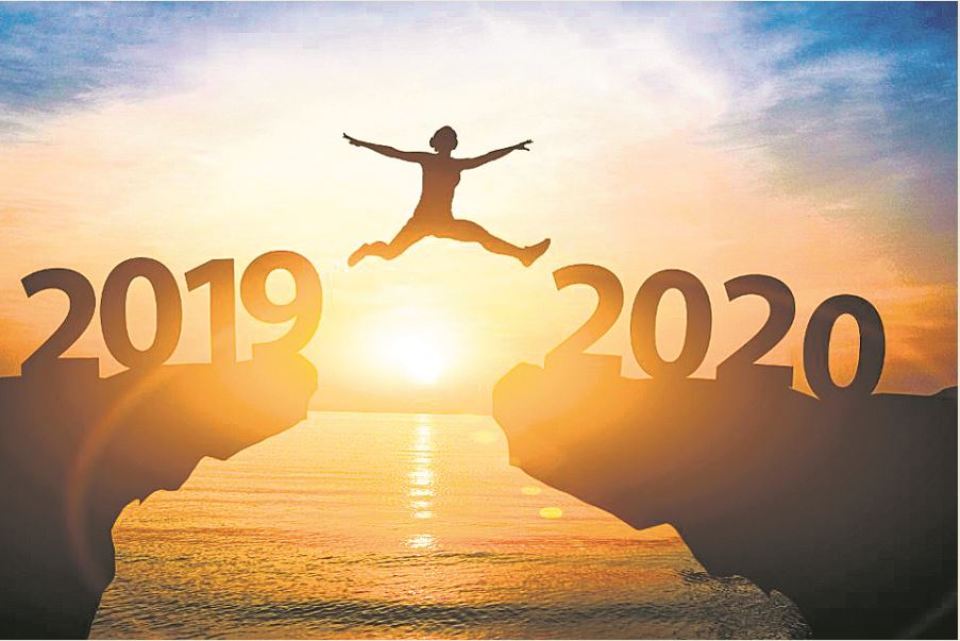 The 2020s should be Nepal’s decade of infrastructure development. Nepal is sorely lacking in vital infrastructure such as roads, bridges, airports, hydropower plants, hospitals, schools and transmission lines

The last decade(s) was a decade of great disillusionment for Nepal. Petty politics reigned supreme and issues of development took a backseat. It wouldn’t be wrong to say that all the social progresses Nepal has made thus far—decreased infant mortality rate and progress on education, maternal health etc—have been despite the government, not because of it. But the 2020s presents an opportunity for Nepal to right its wrongs and chart a new way forward to ensure economic prosperity for all.

One of the greatest challenges Nepal faces is prioritization, whether it be in the economic front or social front. The 2000s and 2010s were spent pursuing federalism that would ostensibly help alleviate the gripe of minorities through clever balkanization of Nepal by unyoking seven provinces from Kathmandu. So far this has only contributed to churning out more “honorables” than help in decentralization and faithful implementation of federalism. Most provinces have yet to be named and have yet to reach a consensus on provincial capitals. It has dawned on most people that the promise of federalism is already losing its luster and that the potential to address the grievances of the marginalized lies not in paper-based federalism but the robust implementation of our stellar constitution.

Infrastructure first
The 2020s should be Nepal’s decade of infrastructure development: roads, bridges, airports, hydropower plants, hospitals, schools, and transmission lines. It should come to no one’s surprise that Nepal is sorely lacking in vital infrastructure and that infrastructure carries the potential to propel Nepal toward a more prosperous future. Immediate emphasis should be put on airports considering the sorry state they’re in and as it is the backbone of tourism for a land-linked country like Nepal. The urgency to complete the construction and renovation of airports should come from Nepal’s highest authorities. The environmental impact surrounding the Nijgadh International Airport has been a bone of contention among interested parties. I am of the view that the airport should go ahead with as little environmental damage as possible and people opposing it be stripped of their privilege to carp about the impotence of Nepal’s only international airport.  The Nijgadh Airport, enormously costly though it may be, is the only possible option to stave off the pressure on Kathmandu’s saturated airport in the long run. Slapdash attempts of increasing terminal capacity, newer parking bays, and regional international airports will leave Nepal susceptible to another airport shutdown.

Our infatuation with railways is well documented. The promise of railways crisscrossing Nepal’s variegated terrain has become a central tenet in political parties’ electoral manifestos. But for a geographically diverse country like Nepal with less population, railways would not be cost-effective. Let’s consider an example of a person travelling from Dhangadhi to Kathmandu. It takes her an hour by air and an upward of 12 hours by land. Domestic airfares are exorbitantly high in Nepal and even the fastest of rail technologies wouldn’t cover that distance in less than an hour. And building railways isn’t cheap; to make up for that investment, ticket prices would need to be priced accordingly. Thus, it wouldn’t make sense for the middle-class Nepalis to fork out thousands for a trip that would still take them hours. Priority should therefore be put in shortening the most tortuous and dangerous sections of our highway: the Kathmandu-Narayangadh section, for example. The Kathmandu-Tarai fast track aims at doing exactly that: reducing the travel time between the hills and the plains and in connecting the proposed mega-airport to Kathmandu. This expressway would save not only money spent on oil imports but also valuable time. As a result, goods coming in from India would be cheaper for consumers, increasing spending and boosting the economy.

Nepal’s era of darkness is now behind us thanks to the professional acumen of Kulman Ghising, and Nepal is well on its way to energy self-sufficiency. We, of course, need an echelon of visionary leadership, but what Nepal needs most is the professional cadre of bureaucrats and experts. It is because of such ineffectual and partisan officials in the government machinery that is causing unaccomplished irrigation projects and rotten sacks of donated rice in godowns. There are reasons for us to be optimistic, given achievements in energy sector. But complacency is not an option and building hydropower plants that serve neighboring, energy-starved countries is a tested method of long-term income generation. The upper Tamakoshi hydropower which is nearing completion is a consummate example of a project built on domestic funds and flawless coordination between authorities. All other hydropower projects in the pipeline—particularly projects like Upper Karnali, West Seti, and Arun 3—should try to emulate Tamakoshi’s exemplary success through the mobilization of domestic funds (if possible) or foreign loans. It is important to shed our propensity of trying to do everything on our own on the grounds of faux patriotism. Ratifying the Millennium Challenge Compact (MCC) that aims to spur Nepal’s economic progress through energy development and better road connectivity would buttress our national goal of generating 10,000 megawatts of electricity by the end of the 2020s. Instead, the MCC has been bottlenecked by disgruntled factions of the ruling party on nationalistic grounds—yet again.

Tourism is another area of focus. With “Visit Nepal 2020” campaign, the emphasis is placed on the number of arrivals rather than value. Nepal would do well to emulate Bhutan’s “high value, low impact” model of tourism that aims at giving tourists an experience of a lifetime—in the truest sense of the phrase. Nepal’s burgeoning tourist number has not corresponded with higher earnings as Nepal is often promoted as a budget-friendly destination. While there is nothing wrong with that, tourists often leave more carbon footprint than money. It is high time that we revised our tourism model: a model that revolves around sustainability would be more suitable for an ecologically fragile country like Nepal.

Decentralizing services
Living up to the spirit of federalism, development shouldn’t be centered around Kathmandu or provincial capitals. We must end situations when pregnant women have to be flown to Kathmandu from Mugu, instead of Surkhet. Issues like Chaupadi and acid attacks are national embarrassments and should be exterminated for good, not simply to save our face in the international media but for the sake of humanity. Last month we witnessed what Nepal can accomplish in sports despite government apathy. Sports can be an instrument to cultivate Nepal’s soft power. Provincial governments could set up stadiums and hold inter-province sports events to sustain the momentum of progress in Nepali sports. Agriculture still holds the top spot as the largest employer in Nepal and more innovative technologies should be incorporated in agriculture to increase productivity and improve the livelihoods of millions of farmers. Supply of seeds and fertilizers should be made sufficient and irrigation systems should be expedited to produce more food than Nepal can produce enabling food security, which also leaves the prospect of exporting food open. Public schools need to be built back better with earthquake-resistant technologies so students can go to school feeling safe.

Since there is an array of projects going on in Nepal, it would be wise to set up an independent monitoring mechanism headed by a neutral figure to scrutinize the progress made thus far. But there also exist auditing bodies whose ambits often overlap causing confusion, delay, and mistrust. The government should set up one all-powerful body that serves this task which would provide much-needed transparency and would cut red-tape.

Change thyself
But the most important change Nepal needs to make in the coming years starts from ourselves. Our proclivity to blame every atrocity to the government does more harm than good. “Change begins with you” is trite but there is some truth to it. Next time we buy toffee, dispose of the wrapper responsibly; opt to wait in lines instead of greasing palms in government offices; volunteer for a cause you’re passionate about; and vote for promising candidates in elections—there’s no such thing as a wasted vote. Here’s to a flourishing 2020s for Nepal.

The Asian Development Bank projects that the coronavirus could push 160 million more into poverty across Asia. The region’s poverty... Read More...

In the eyes of a foreigner, Nepal seems to be the land of mystical art, religion and living culture. And... Read More...