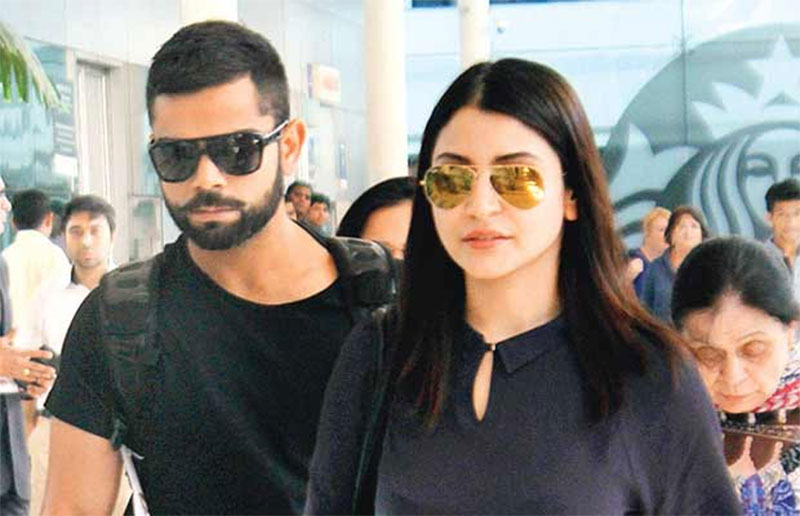 Anushka Sharma is too busy these days, the actress has three films in her kitty and is juggling between them quite well. For the time being, Anushka is busy promoting ‘Sultan’ which is directed by Ali Abbas Zafar. ‘Sultan’ has Anushka Sharma and Salman Khan in the lead.

The film is about wrestling and Salman and Anushka are essaying the role of wrestlers in the film. Other than that, Anushka has ‘Ae Dil Hai Mushkil’ opposite Ranbir Kapoor and then comes her maiden production film, ‘Phillauri.’ Anushka is surely having a tough time to manage things, but she is managing them quite well.

On a personal level, Anushka Sharma and Virat Kohli are managing and nurturing their relationship with love, warmth, and affection. Both try and meet whenever they have time. They make efforts to meet each other and take out time from their busy schedule. Therefore Anushka made a flying visit to Bangalore to meet up with beau Virat Kohli before he left for his tour.

That’s right, after wrapping up the shoot of Phillauri, Anushka Sharma headed straight to the garden city for some quality time with Virat. However, she is now back in town and rocking it at the promotions. Well, we are happy to see so much love and we hope that Anushka rocks her professional career too.

MUMBAI, Dec 11: After a long speculation of will they-won’t they, Anushka Sharma and Virat Kohli have finally tied the knot in... Read More...

India captain Virat Kohli has demanded better catching from his fielders after they let England off the hook on the... Read More...