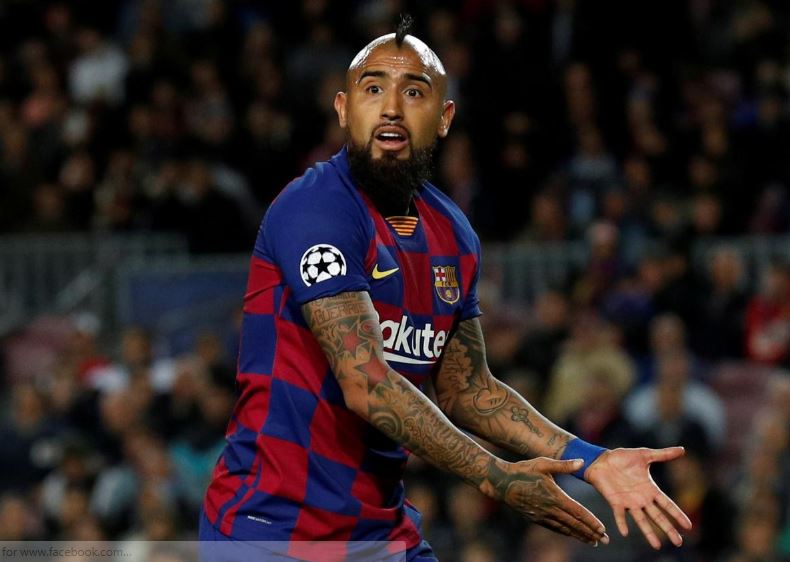 BARCELONA, Jan 2: La Liga leaders Barcelona will be looking to preserve their two-point lead over Real Madrid when they visit local rivals Espanyol on Saturday but their preparations have been hit by a legal battle with their own midfielder Arturo Vidal.

The Chilean’s lawyers filed a complaint to Spain’s player’s union (AFE) last month citing an unpaid bonus of 2.4 million euros (2.04 million pounds), news of which emerged while the player was back in his homeland during the league’s winter break.

Barca have declined to comment on the complaint, while Vidal has said its an issue for his representatives but has declared it is “unfair” he has not received all of the 4.1 million euros his people believe he is owed in total in appearance bonuses.

Vidal has only started four of Barca’s 18 league games this season, making 10 substitute’s appearances, and was left out of the line-up for the club’s biggest matches against Atletico Madrid and Real Madrid.

He has not accepted his drop in influence in the team quietly, telling Catalan network TV3 in November he would “look for a solution and look to other horizons” if he did not regain a regular place in the side.

But his dispute with the club comes at a time when the team is light in midfield, with Brazilian Arthur Melo ruled out for three weeks with a groin problem while Carles Alena has joined Real Betis on loan.

The Catalans are also without first choice keeper Marc-Andre ter Stegen, meaning Brazilian Neto will make his league debut in the derby against Espanyol, who are bottom of La Liga and have appointed their third coach of the season in Abelardo Fernandez.

Real Madrid slipped two points behind the champions by drawing their final game of 2019 at home to Athletic Bilbao and begin the new year with a gruelling match at neighbours Getafe, who are sixth in the standings.

Atletico Madrid, meanwhile, will be looking to continue their strong end to the year which took them back into the top-four when they host Levante in search of a third win in a row.

Once the weekend’s league action is over, Atletico, Barca Real and Valencia will head to Saudi Arabia to contest the revamped Spanish Super Cup, with the top flight resuming again two weeks later on Jan. 17.