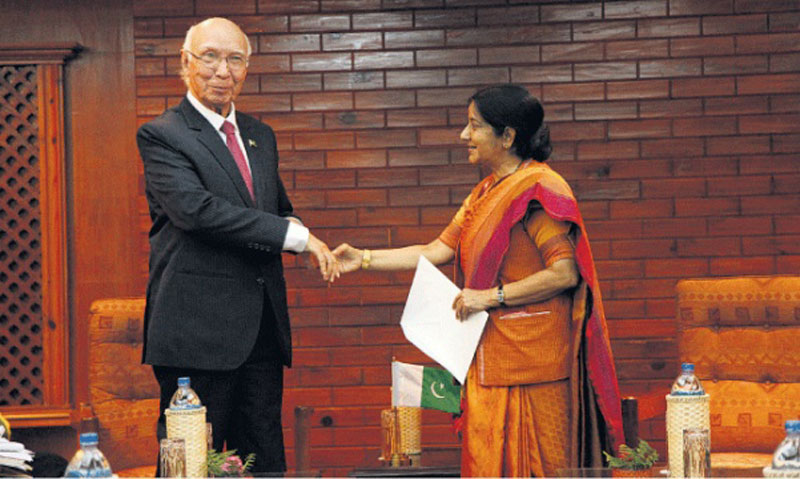 Neither India nor Pakistan will gain in the long run by SAARC’s death or even by keeping it on life support
SAARC, which was established in 1985 to boost regional economic growth and promote cooperation and mutual trust, has underperformed when it comes to poverty reduction, connectivity, economic development and trust-building among member states. In its 32 years of existence only 18 summits were held, while 14 summit opportunities were missed, thus hampering the growth of South Asian regionalism. Lately, the postponement of 19th Summit scheduled for Islamabad in November 2016 due to tensions between India and Pakistan over Uri terrorist attacks has further undermined the SAARC process.

“Increasing cross-border terrorist attacks in the region and growing interference in the internal affairs of Member States by one country have created an environment that is not conducive to the successful holding of the 19th SAARC Summit,” India’s foreign ministry said in a statement. While all member nations are responsible for the lethargic past predicament of SAARC, the never-ending Indo-Pak conflict continues to be the biggest drag on its progress. With the two most important members of the block constantly at loggerheads, is there a viable future for SAARC? There are three conflicting views: SAARC is dead, it is on life-support and that it continues to be relevant in spite of slow progress. In this context, two important points may first be noted.

First, the conflict between the two SAARC titans has been encouraging the idea of a “Greater South Asia” under which India and Pakistan want to bypass each other to a maximum possible extent and build allies beyond the SAARC region. India has sought BIMSTEC/ BCIM as alternatives, while Pakistan has tried to be close to China, Iran and the Central Asia to counter India. India has also been trying to cozy up to Iran and Central Asia, with some success. So the promotion of Iranian port of Chabahar by India and Afghanistan, while China and Pakistan advance their own CPEC and Gwadar port (in Pakistan) are notable. Also, India’s initiative to establish and strengthen sub-regional BBIN is an interesting development.

Second, China has emerged as a crucial competitor in South Asia and is reinforcing its power through trade, investment and geopolitics, including its ambitious mega-project OBOR. India, the most important SAARC player, aims to contain China while expanding its own role in the region and beyond. Washington is pursuing strategic partnership with New Delhi to stabilize Asia-Pacific, with deeper cooperation on defense and security, driven by a shared mistrust of China. On the other hand, China and Russia are increasingly building a sort of an axis with Pakistan to challenge US power in the region, which is likely to cap Indian influence too. Given these twin realities, how do the professionals and media view the SAARC’s future?

Jawaharlal Nehru University’s Happymon Jacob reasons that “Engaging South Asia is easier for China given that the smaller countries in the region see it as an infrastructure provider, with deep pockets and without the usual moral science lessons”. SAARC, which is currently in doldrums, should have been the central plank of India’s ‘neighborhood first’ policy, he says. But without it, Jacob believes, OBOR’s benefits as well as cross-national and inter-continental linkages would eventually bypass India, the cost of which will only become clear in the years to come. Jatin Desai emphasizes that the “SAARC offers hope for the better future of South Asia. It should not be allowed to die”. M K Narayan, former National Security Advisor to Indian Prime Minister Manmohan Singh, observes that “SAARC has been on ‘life-support’”. But, to dilute SAARC due to the ongoing conflict between India and Pakistan may well be an instance of “throwing the baby out with the bathwater”. India’s stakes in SAARC are high, he says, and “propping up bodies such as BIMSTEC and BCIM in place of SAARC is hardly the answer, and could even prove counterproductive”.

Pakistan’s S M Naseem believes even the slow pace of SAARC is preferable to there being no regional framework. As “India behaves like a hegemon and Pakistan as obstructionist”, SAARC may atrophy into “smaller sub-regional groupings” that would be much less beneficial to the region. To dismantle or dilute SAARC for the convenience of the two countries may prove “costly”. An editorial in Pakistan’s The Dawn speaks about a geographic bloc with great cultural and language convergences and which can be an engine of growth and regional stability. But the Pakistan-India rivalry and India’s aspirations to “dominate the bloc” and deal Pakistan a “diplomatic blow” have led to a SAARC that is moribund and ineffectual.

Pakistani Prime Minister Nawaz Sharif’s message on the 31st anniversary of SAARC was that only by “adhering to the principles of sovereign equality and mutual respect among member states could SAARC countries achieve the cherished goal of shared progress and peace. Unfortunately, India doesn’t believe in sovereign equality of all members and wants to use the platform to dictate its terms and establish its political and economic monopoly”.

Muhammad Khan, also of Pakistan, stresses that multilateral forums suffer from “agenda biases of the politically and economically strong members”. Thus, India dictates terms to Bangladesh and Afghanistan, while others are being “constrained owing to their geographical location”.

Bangladeshi Prime Minister PM Sheikh Hasina, for her part, said on the sidelines of the World Economic Forum that “there’s a lot to work on it...SAARC is very much alive”. In Nepal, former Ambassador Ram Bhakta Thakur says “we must show our wisdom, diplomatic skill and friendship to hold the SAARC summit on time” while  Singapore-based Professor Pradumna Rana stresses that although SAARC summits have not been held or they have been postponed half the times, mainly due to Indo-Pak tensions, “the death of SAARC, however, may be exaggerated”.

In the view of Sri Lanka’s Jayshree Sengupta, SAARC has reached its nadir. With Brexit shaking up the European Union and nationalism rising the world over, it is not surprising that the “least economically integrated region of the world is breaking apart”. South Asian cooperation cannot flourish in the midst of two acrimonious neighbors and thus “sub-regional cooperation” among SAARC countries may better achieve the goals of development and poverty reduction. The trouble with SAARC lies in the fact that “geopolitics has taken over geo-economics in most cases and even when the countries concerned know the clear economic gains, they are reluctant to let down barriers to trade and investment for geopolitical reasons.”

Laxmana Gunesekara notes that it may be easy to cancel annual SAARC summit because of the Indo-Pak tensions, but it is “precisely such tensions and the threat of regional devastation that make the holding of regional meetings imperative” to put pressure on the antagonists to calm down, divert from political flashpoints and focus on potential for cooperation and mutual benefit.

Specifically, in Nepal, India wants to maintain its clout while China also wants to increase its sway. A balanced relation with India and China is critical for Nepal’s security and development. While Colombo turned to Pakistan and China for arms and logistical support to defeat LTTE, its relations with New Delhi have warmed under the new government. China and Japan are competing in Bangladesh for developing its deep sea port, while the former is already a key investor there.

India sees China’s growing influence in Sri Lanka, Bangladesh, the Maldives and Nepal as a part of China’s larger strategy to encircle it in South Asia. But China believes India is overprotective of its sphere of traditional influence, denying China a well-deserved status as the second most important country in the world. While the relation between India and Afghanistan has improved, that of Afghanistan and Pakistan has deteriorated. Afghanistan is also trapped in conflict of interest among China, Russia, the United States, Pakistan and India, with strong repercussions for regional peace and security.

In sum, it is true that SAARC has been sluggish for most of its existence, but it is still very much relevant. Smaller nations of South Asia still pin big hope on it so that they can benefit from the collective wisdom. Neither India nor Pakistan will gain in the long run from its death or even by keeping it perennially on life support. In the context, sub-regional initiatives such as BBIN as well as the “Greater South Asian” idea should be used to complement SAARC rather than to unduly weaken it.

PARSA, Dec 22: A person was killed after being attacked by a wild elephant here this morning. The victim is... Read More...

KATHMANDU, Jan 9: Kali Bahadur Gharti Magar, a conflict victim from Salyan, grieves that he has been knocking at the... Read More...