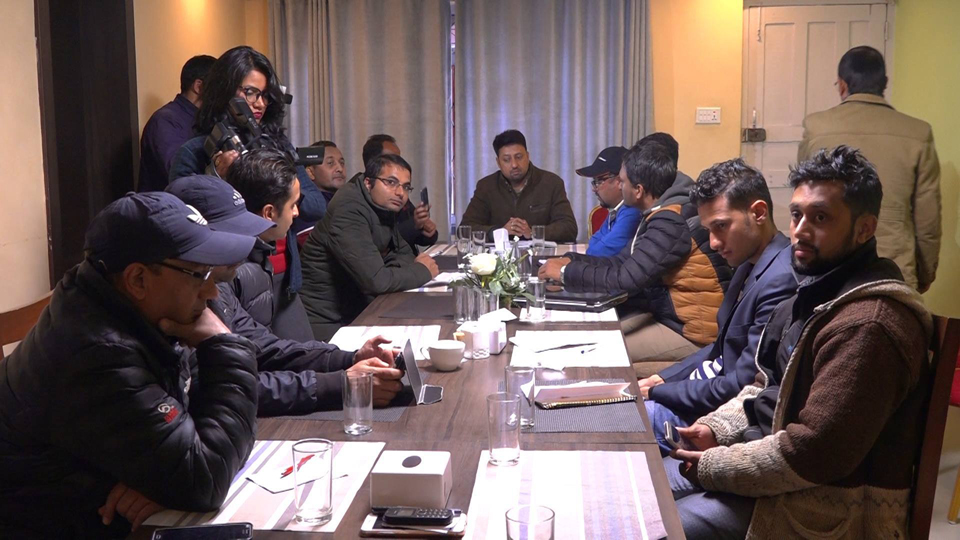 Stating that the incident took place under mysterious circumstances, the families of the victims demanded an investigation into it. Organizing a press meet on Saturday, brother of CDO Bhattarai, Naresh Bhattarai accused the driver Jagat Narayan Raut Kurmi of the vehicle belonging to District Administration Office (DAO), of his alleged involvement in ‘premeditated’ accident.

Kurmi was driving the DAO vehicle (Na 1 Jha 1633) when it met with the accident, tragically killing SP Pokharel on the spot. The vehicle was also carrying CDO Bhattarai, who sustained critical injuries in the incident and is currently receiving treatment in Kathmandu.

The families have claimed that the accident could have been prevented if the driver had not been negligent. “At least there would not have been any human casualty if the precautions had been adopted”, brother of CDO added.

He said,” It is really shocking for us that current and former top officials of the bureaucracy have made their efforts to release the driver.” The driver has been accused of being involved in a lot of financial irregularities in collaboration with various smugglers and businesspersons misusing CDO Bhattarai's name.

Police started suspecting Kurmi after finding out that the driver who once struggled for managing two square meals is now the owner of luxurious houses in Kalaiya and Anamnagar of Kathmandu. He also owns five bighas of land in Kalaiya Sub-metropolitan city-17.

KATHMANDU, Feb 20: A day after the Office of Attorney General (OAG) advised the Commission for Investigation of Abuse of Authority... Read More...

Role of Jyapu community in development of agricultural economy is important: PM Deuba
25 minutes ago

Nepal should be known to the world through Newari culture: Prakashman Singh
55 minutes ago
NC Work performance Committee meeting on Saturday
1 hour ago