KATHMANDU, March 14: The Election Commission (EC) has set March 23 for the election of Vice President.

On March 23, the Vice Presidential election will begin at 10 am and conclude at 3 pm at the Federal Parliament building in New Baneshwar. The vote counting will start at 4 pm, said EC.

Bidya Devi Bhandari has already been elected as President of Nepal.

President and Vice President should represent different communities and gender as per the provision laid down in the Constitution. 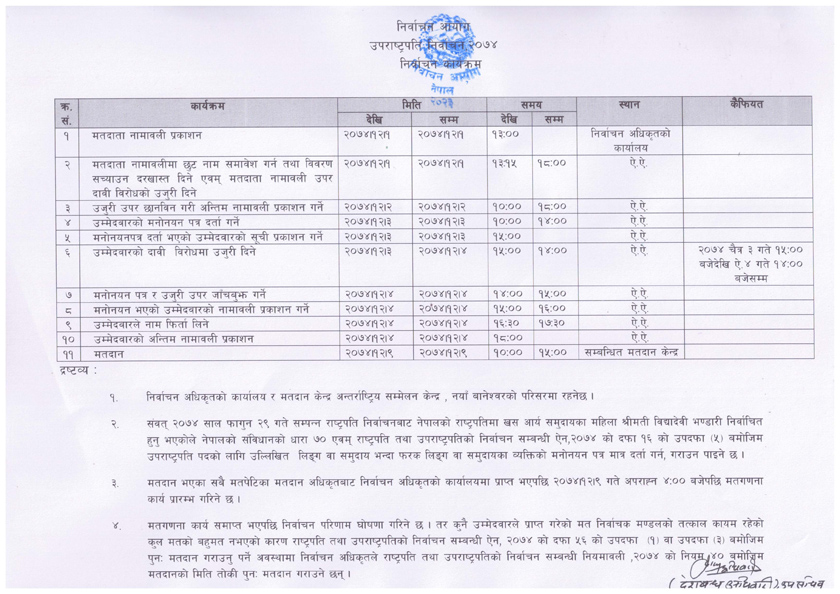