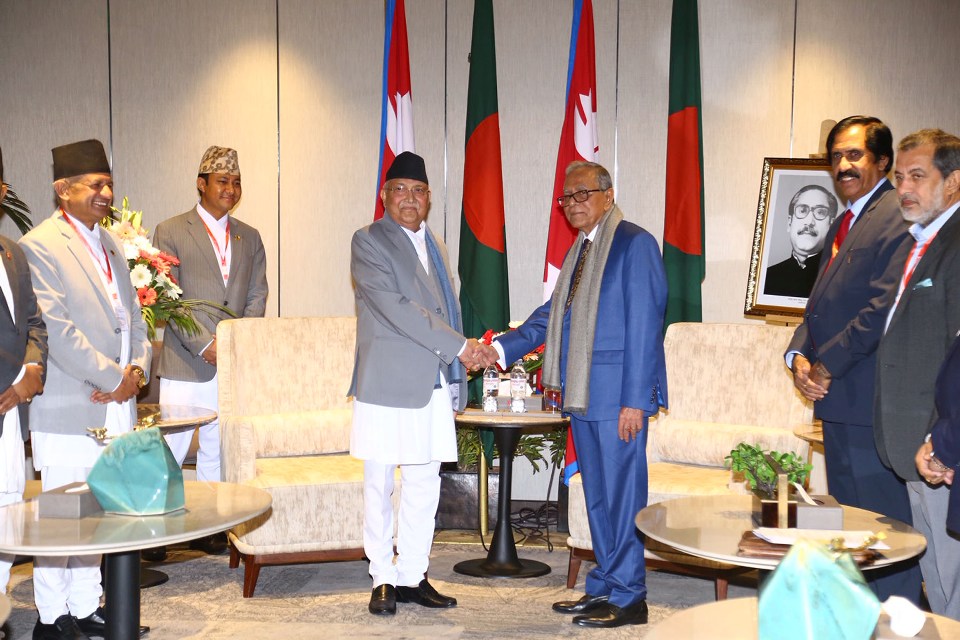 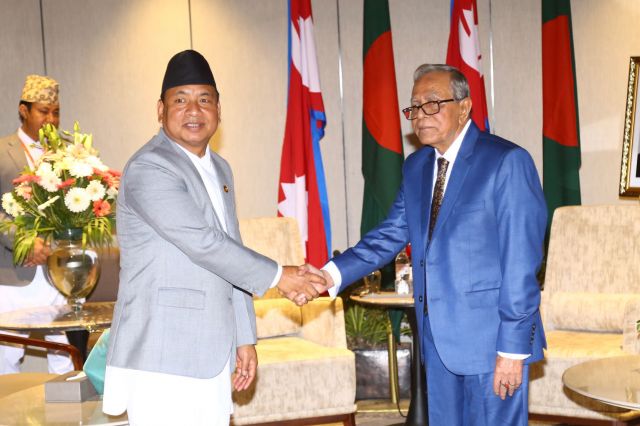 The top political figures held meeting with the president of Bangladesh who is currently paying a four-day official goodwill visit to Nepal. 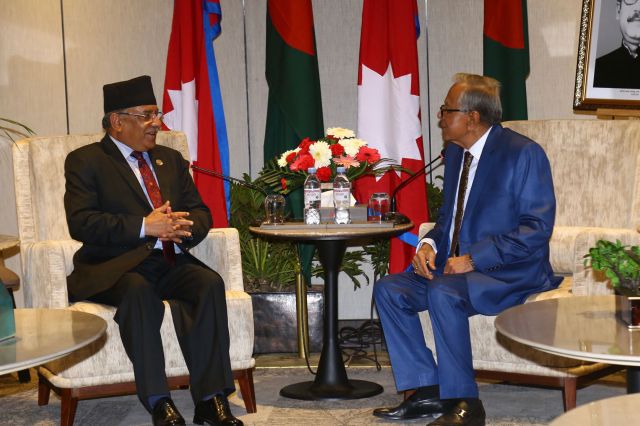 During the meetings, the two sides held extensive views on further strengthening age-old friendly ties between the two South Asia countries, it is learned.

During the meeting with Dahal, the two exchanged views on the strengthening of bilateral ties, according to Dahal's secretariat.

On the occasion, President Hamid expressed his commitment to moving ahead collectively to promote mutual assistance and cooperation in the changing context, RSS reported.

Stating that Nepal and Bangladesh were on the path towards development and political stability, the Bangladesh President stressed the need to make joint efforts to face possible challenges towards that end.

After holding the meeting with Hamid, NC President Deuba said on Twitter that they dwelled on further strengthening bilateral ties between Nepal and Bangladesh. 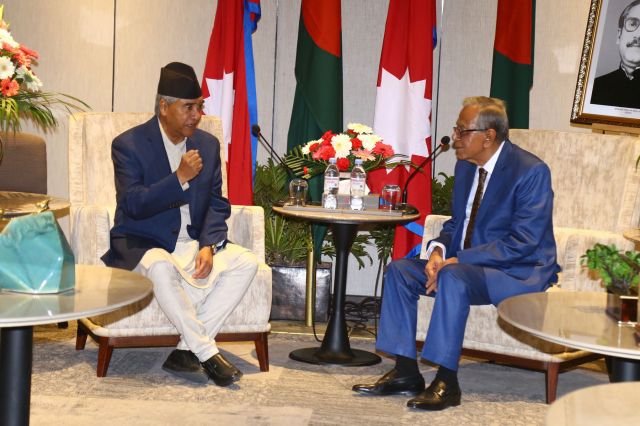 Hamid is scheduled to meet his Nepali counterpart today evening. Bhandari will host a banquet in his honor today itself. 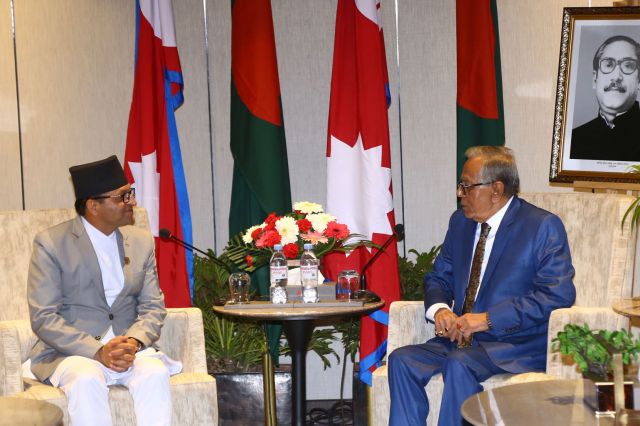 Bangladesh President Hamid arrived here on November 12 at the invitation of President Bhandari.

He is slated to visit Pokhara and Chandragiri Hills in Kathmandu on Thursday. Wrapping up his Nepal visit, President Hamid will return home on Friday.