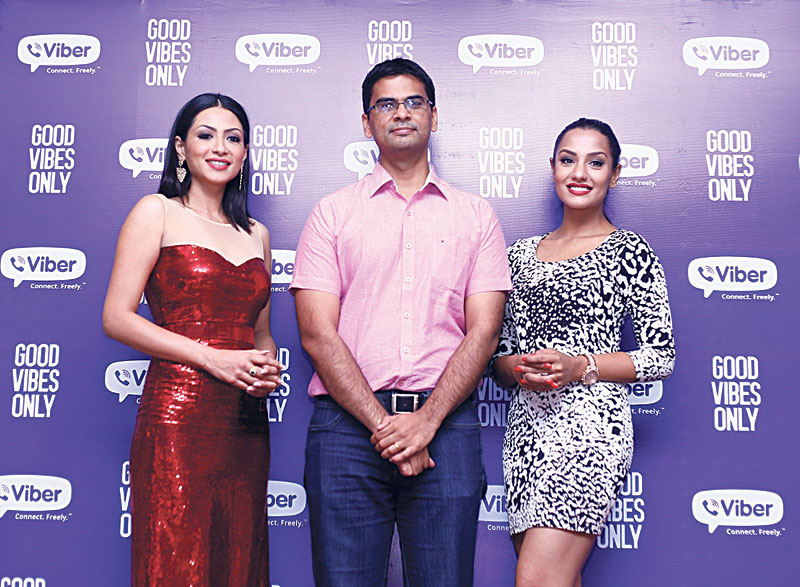 KATHMANDU, June 23: Viber, one of the world's leading messaging apps with over 711 million unique users worldwide and 4.5 million registered users in Nepal, has unveiled plan to invest in Npeal.

"With Nepal becoming one of the priority markets for Viber, we intend to invest and bring about more offerings in the future," Anubhav Nayyar, Regional Head-South Asia, Viber, said at a program organized in Kathmandu on Thursday.

Viber recently announced the launch of public chats in Nepal where it allows users to follow wide range of celebrities, influencers and brands. With famous celebrities like Malvika Subba, Priyanka Karki, Richa Sharma, Nagma Shreshtha and former Prime Minister Baburam Bhattarai already making a mark on the Viber Public Chats, fans and followers can get a sneak peek into the lives of their favorite celebrities.

"After the success of Viber Public Chats in Nepal, we have decided to offer our customers something more," he said, adding that the company was launching a new and exclusive sticker pack for its users to help them express better in their own language. On joining Public Chats Former Miss Nepal Earth 2012 Nagma Shrestha said: "It's new and fun. Since we use Viber frequently in Nepal, it's really easy to update and share my thoughts and share them with the world."

Likewise, popular singer Nima Rumba said public chat was an exciting opportunity for his fans to follow his music and creativity. “This new feature of Viber has helped me connect with larger world as I can invite as many friends to my public chat," he added.

Similarly, actress Richa Sharma said that she was overwhelmed to be on Viber Public Chats. "I am enjoying it a lot," she said, adding that public chats offer a more personal touch for brands and celebrities to get close to their followers."

Viber has been introducing stickers in the local language since the early part of this year. After the success of the first localized sticker project in collaboration with Tuborg in Nepal, Viber has announced their first sticker pack in Nepali language.

On the occasion of Nepalese New Year in April, Viber offered stickers worth Rs. 10,000 for free to its users. Viber is in the process of partnering with several other brands within Nepal to release new sets of localized sticker packs. It aims to expand its reach in Nepal over the next few months.