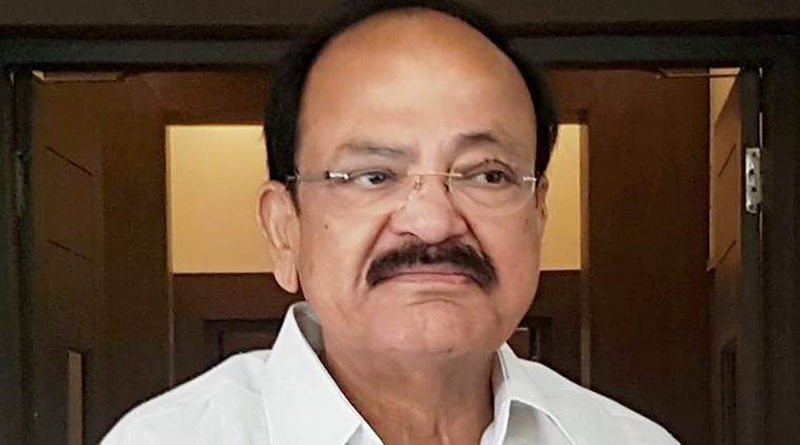 Naidu secured 516 votes as against 244 got by Gandhi. In all 771 out of 785 MPs cast their votes. Votes of 11 MPs were declared invalid. Fourteen MPs of different political parties did not vote for varied reasons. Three hundred and eight one votes were needed to win.

Naidu will take the oath of office on August 11. The term of incumbent vice president Hamid Ansari, who held the position for two consecutive terms, ends on August 10.

By virtue of being vice president, Naidu also becomes ex-officio chairman of the Rajya Sabha. His position's term is set at five years and he can technically be re-elected as vice president any number of times.

Born to a humble agricultural family in Nellore district of Andhra Pradesh, 68-year-old Naidu was interested in politics since childhood and joined ABVP in 1973. After completing his graduation, Naidu pursued his law from Andhra University in Visakhapatnam.

Naidu first entered in the mainstream politics with ‘Jai Andhra Movement’ of 1972, and later joined BJP in 1980. He became famous with the common people because of his outspoken skill and ability to work at the ground level.

He served as a cabinet minister both under the Vajpayee-led government and Modi government. He served as a Minister of Urban Development, and also as a Parliamentary Affairs Minister under Modi government. He was elected as the national President of BJP in 2002. In his tenure, he had launched ‘Gaon Chalo Abhiyan’ where the party leaders reached out to the villagers at every corner of the country and also launched ‘Pradhan Mantri Gram Sadak Yojana’.