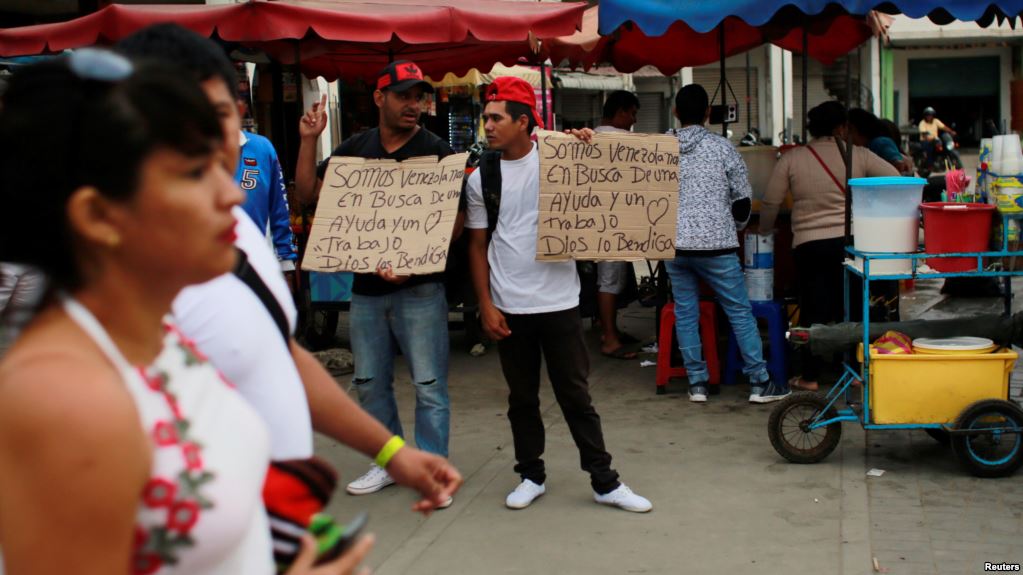 CARACAS, Sept 4: Venezuela’s government said on Monday migratory patterns out of the OPEC nation are “normal” and that the situation was being exaggerated to justify an intervention by foreign powers.

he United Nation’s migration agency said last month the exodus of citizens out of Venezuela, which is suffering a hyperflationary economic collapse, is nearing a “crisis moment” comparable to the situation of refugees in the Mediterranean.

“There has been an intent to convert a normal migratory flow into a humanitarian crisis in order to justify an international intervention in Venezuela,” Vice President Delcy Rodriguez told a news conference. “We will not allow it.”

She criticized foreign agencies for relying on figures of Venezuelan emigration provided by other countries but did not provide Venezuela’s own figures.

The U.N. migration and refugees organizations said in a joint statement in August 2.3 million Venezuelans are currently living abroad and that more than 1.6 million have left since 2015.

President Nicolas Maduro said in a televised broadcast on Monday night opposition street protests and U.S. financial sanctions had led some Venezuelans to “try their luck” in other countries but many were reconsidering that decision.

“More than 90 percent are regretting it, of this group that isn’t more than 600,000 Venezuelans who have left the country in the last two years, according to confirmed, certified serious figures,” he said, without offering details.

Images of Venezuelans leaving the country on foot through Colombia to escape hyperinflation and food shortages have sent alarm bells through the region as countries such as Ecuador, Peru and Chile seek to prepare for the growing flow of migrants.

Venezuelan officials have described such scenes as having been staged by the media and political adversaries to tarnish Maduro’s government.

The government announced last month it had repatriated 89 Venezuelans from Peru after they complained of being humiliated.

Migration officials from countries around South America began a two-day meeting in the Ecuadorean capital, Quito, on Monday to discuss regional strategies for managing the influx of migrants, with conclusions to be announced on Tuesday.

Colombia, Peru and Ecuador asked on Thursday for international aid to manage the migration surge that is overwhelming public services.